Utilization concept of the cloister

The Franciscan monastery of Worbis was built in 1311 in its original function as a Cistercian monastery of St. Peter. After it was largely destroyed during the Peasants' War in 1525, only parts of the cloister and the well house from the medieval construction period remain today. The present monastery was built between 1668 and 1670 and dedicated to St. Anthony. From 1670 to 1677 followed the construction of the monastery church, which was consecrated in 1678.

In its long history, the Franciscan monastery of Worbis has experienced both damage and reconstruction, as well as many different uses. The former enclosure wings are to be used in future as the location for the Leinefelde-Worbis administrative centre. The monastery church of Worbis has already been renovated and is still in use. The adjoining cloister has also been refurbished and is to be opened to the public in future.

Its position between the church and the future administrative offices of the city offers a use as a meeting place and space for exhibitions and information about the region and its history.

On the area of the former cloister, a "place of arrival" is to be created in the future. With changing exhibitions on the ground floor and a permanent exhibition on the Franciscans in Eichsfeld on the upper floor, this invites tourists as well as believers and interested people to the Franciscan monastery.

In order to make the cloister at the monastery church usable by visitors in the long term, the existing building has to be additionally renovated. Floor, walls, windows and doors are to be upgraded, the staircase to the basement reworked and the entire ground floor made barrier-free. A material, colour and lighting concept as well as flexible furnishing must be developed for future use.

D:4 has planned the renovation work and the conversion of the cloister in cooperation with the community and the responsible persons in the diocese of Erfurt. 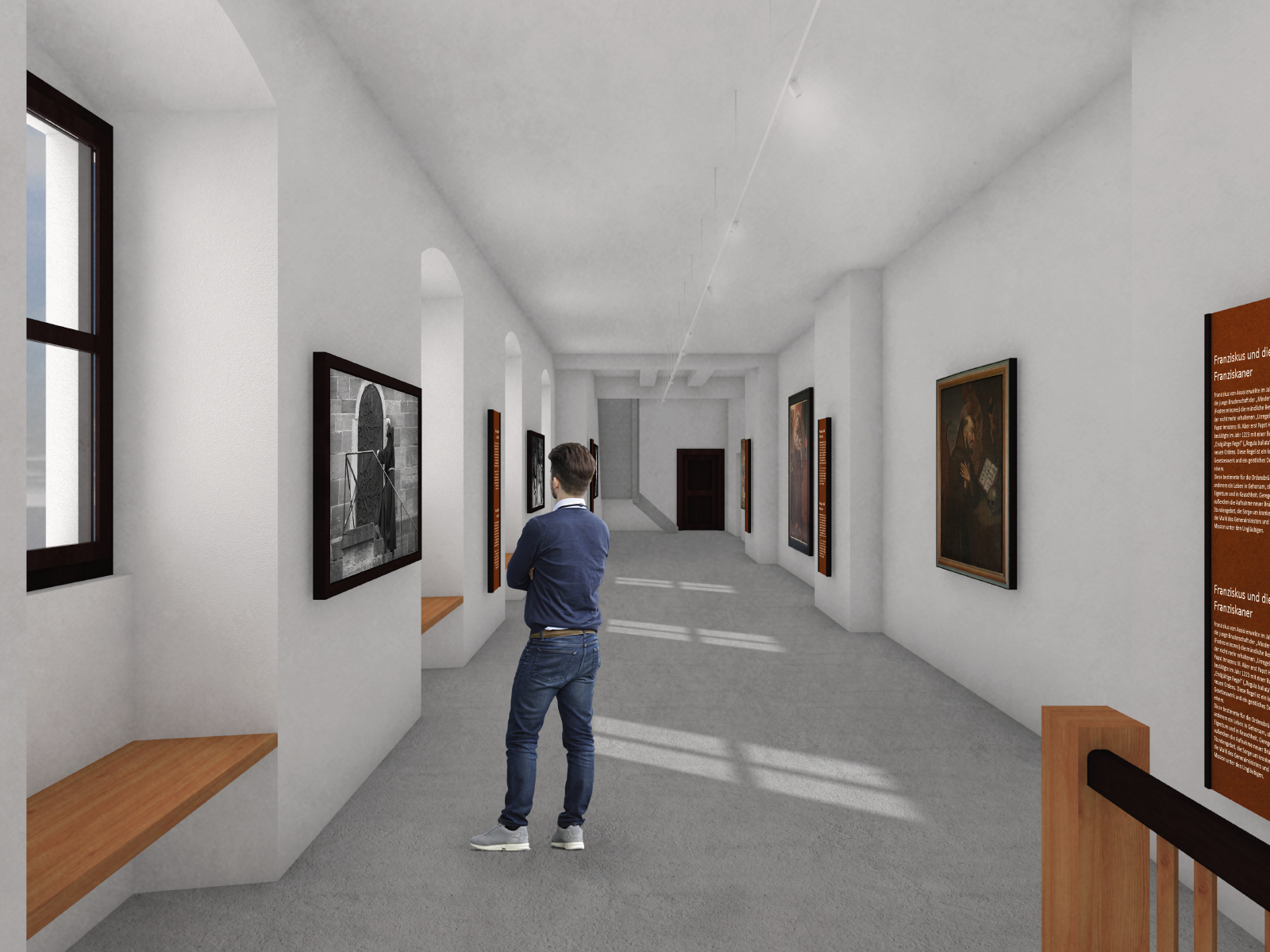 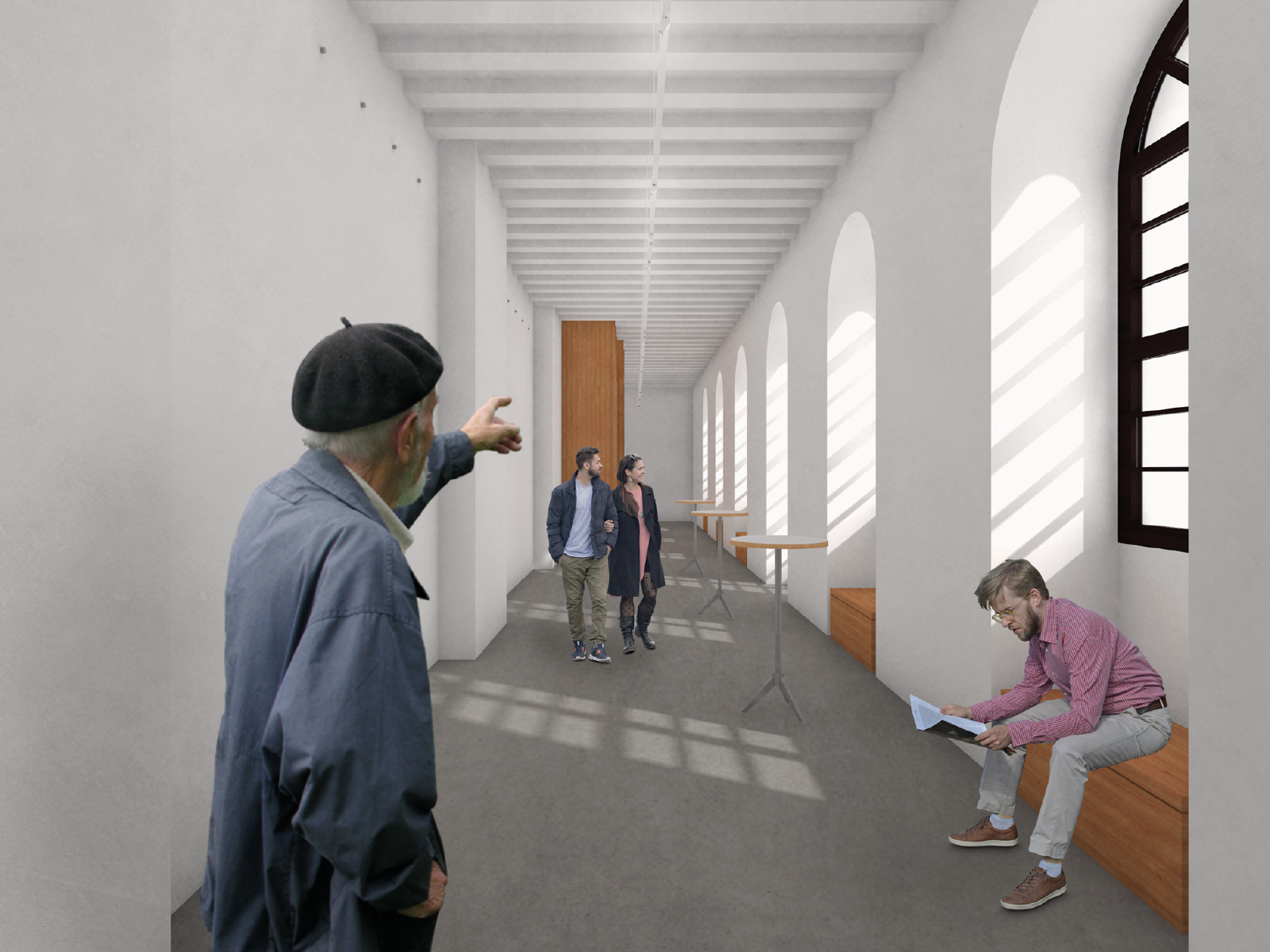