The office D:4 carried out a complete renovation as well as a restructuring of the interior of the Herz Jesu Kirche in Tempelhof. The artistic design of the interior was done by the artist couple Lutzenberger and Lutzenberger. The single-nave church with side chapel (left of the nave), apse and bell tower was built in 1899 and is now a listed building. Built in historicism, it has both Gothic and Romanesque elements. Several Gothic winged altars (shrines) and Gothic statues can be found in the church's interior. The nave and the apse are glazed with modern mosaic windows.

In the interior of the church, the formerly white painting had a dark grey hue. The plaster was cracked and cracks were partially running through the entire masonry (see picture 1). The furnishings were scattered around the room in a less than orderly fashion. In the outer area, damage to the plaster and cracks in the masonry could be inspected. There was also a clear need for renovation of windows and doors.

At first the renovation work was carried out voluntarily by a member of the parish. After the health-related retirement, the D:4 office took over the management. The artist couple Lutzenberger and Lutzenberger took over the rearrangement of the furnishings and developed the colour concept of the interior walls. The furnishing concept was similar to the then still unknown constructional design. The electrical installation, lighting, sound system and the bell system were renewed. Outside, cracks and plaster were repaired and the windows, doors and exposed masonry were reworked. Altar, ambo and foot of the baptismal font were newly made by the stonemason Ole Meinecke.
In the course of the renovation work, long construction delays occurred due to discrepancies with the monument protection authorities. In addition, during the construction phase new findings were made which led to a change in the planned renovation concept.
This included an assumption, which had arisen from research, that it would be possible to find historical states of painting. This was confirmed by the uncovering of a paint layer (see Fig. 6). In addition, the historical condition of the side chapel was uncovered by dismantling cassettes and fixtures and the restructuring of the use concept of the side chapel was readjusted. 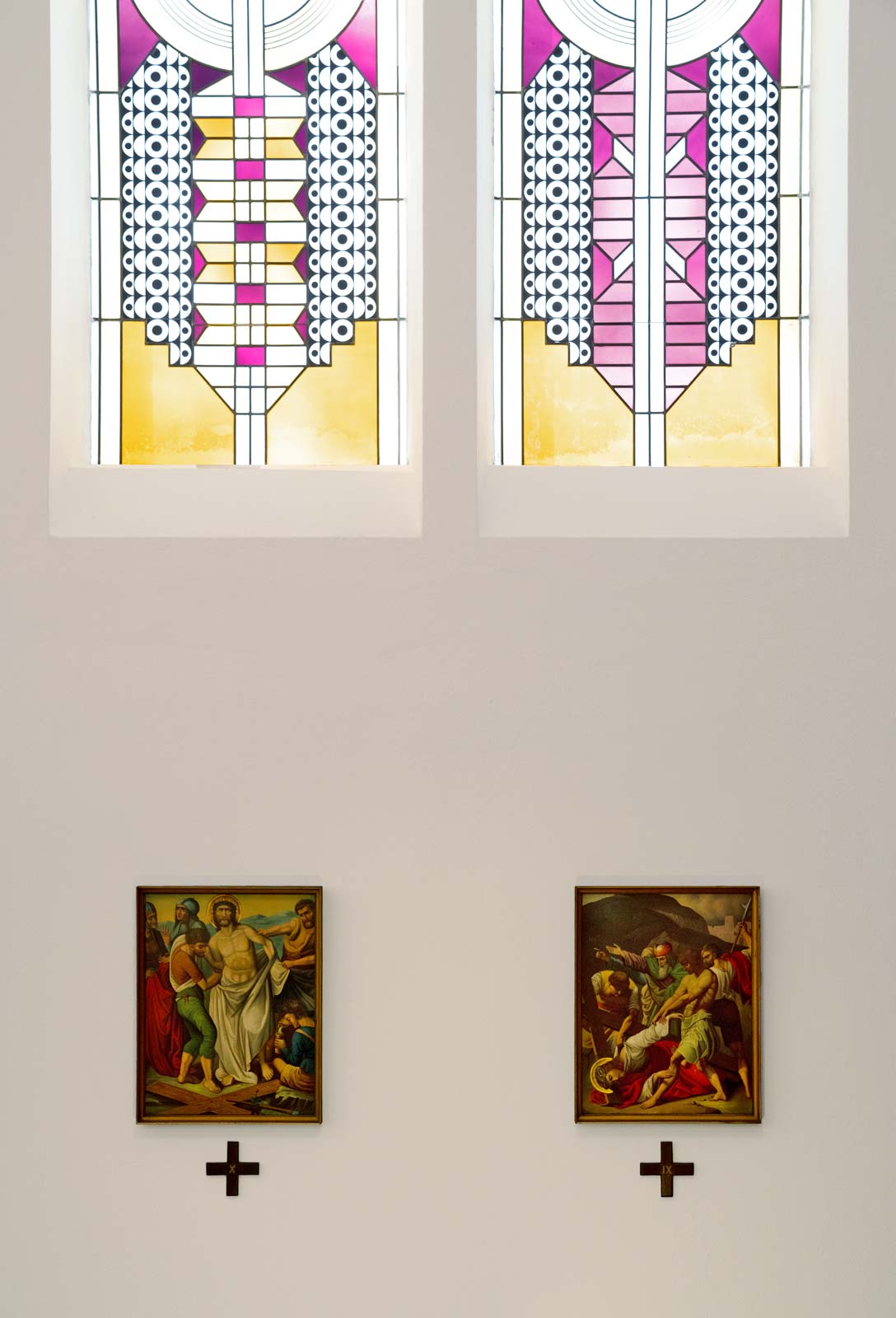 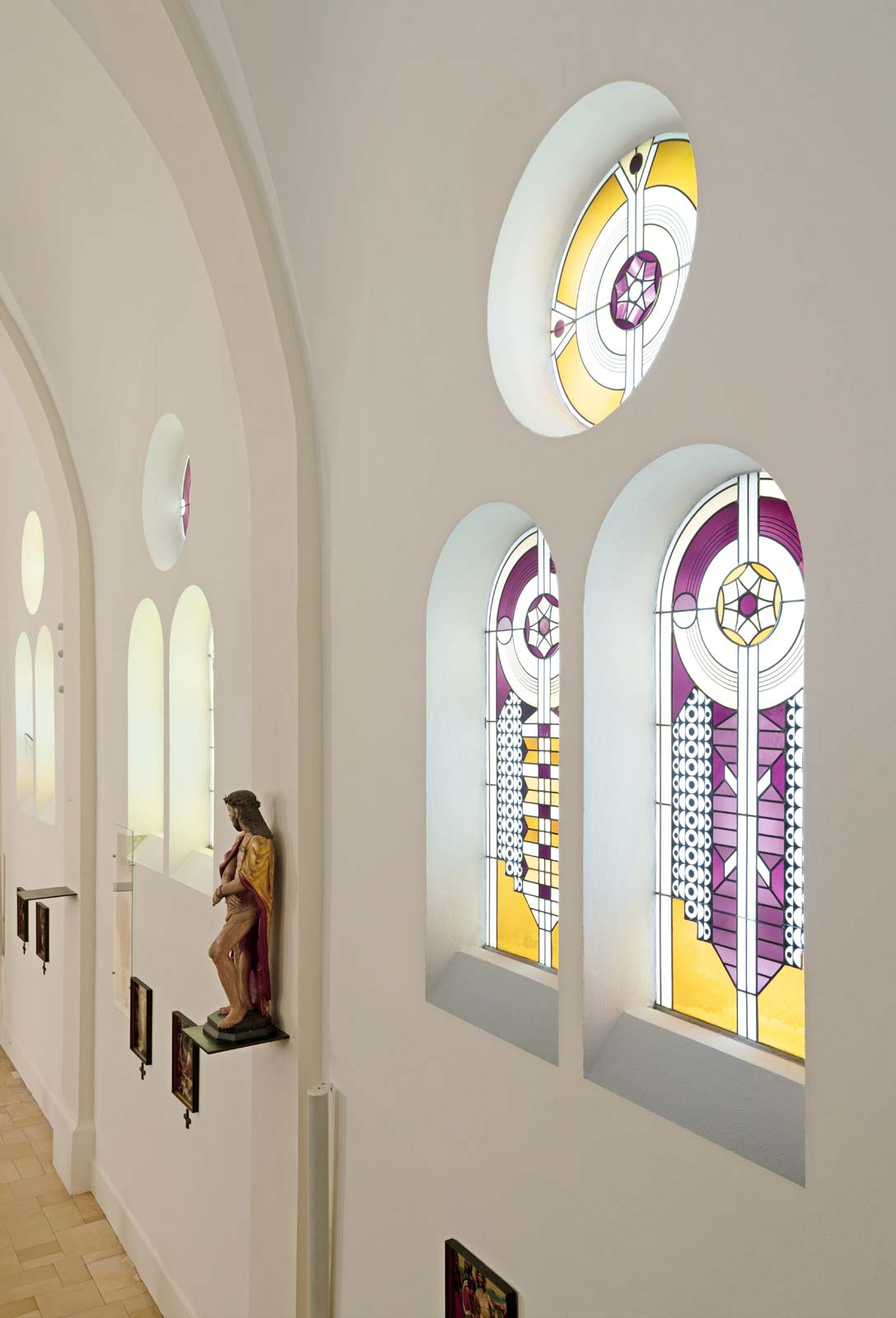 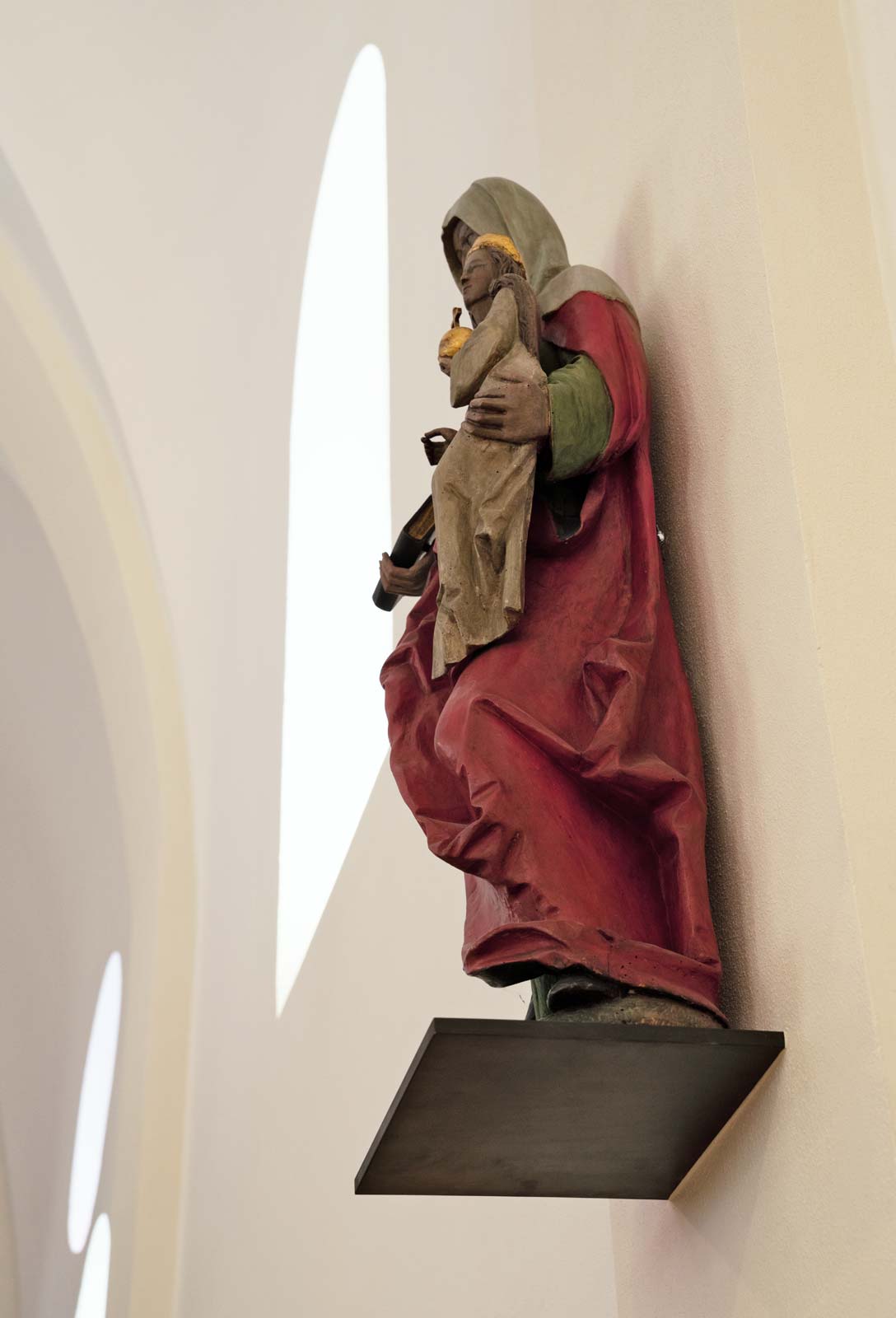 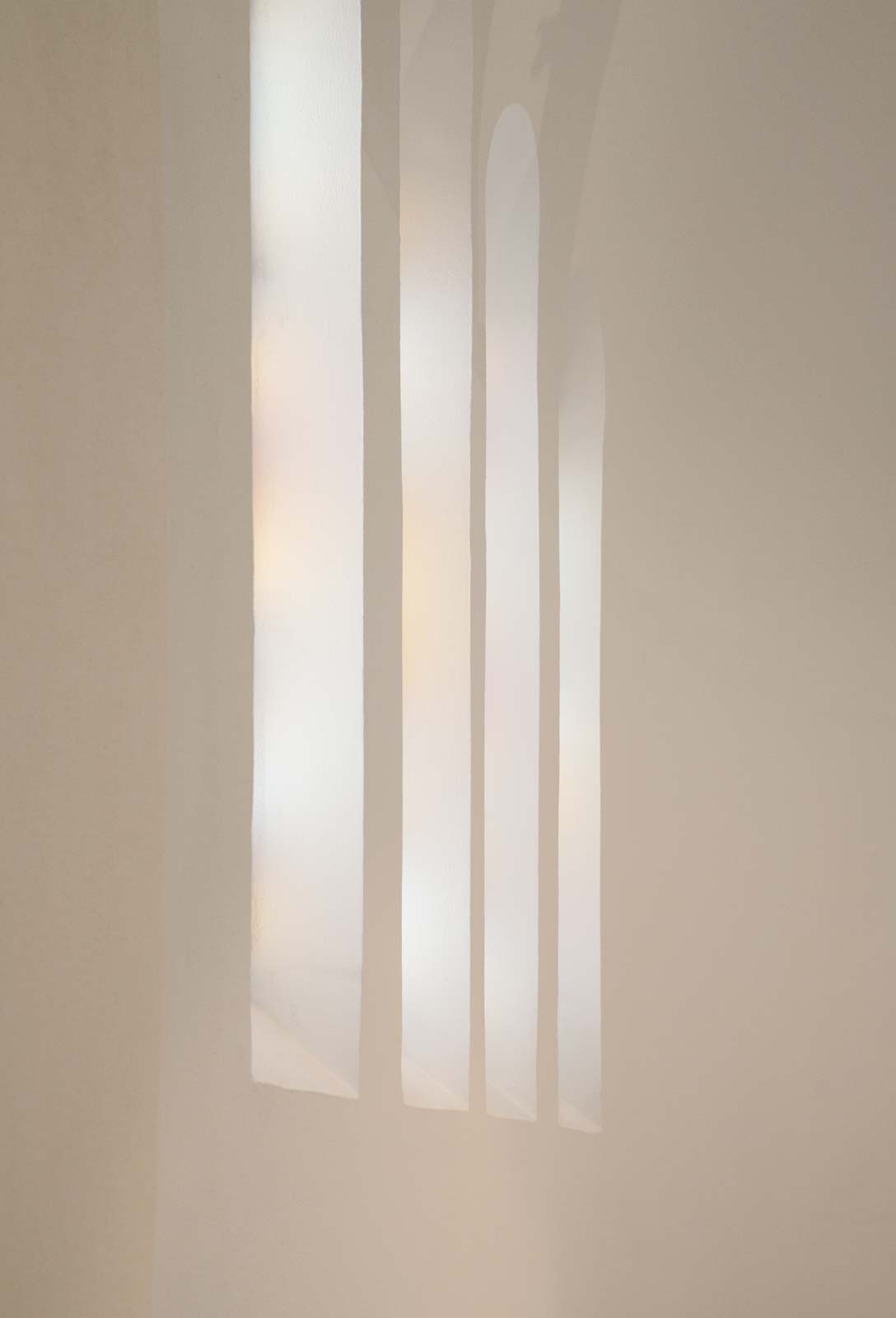 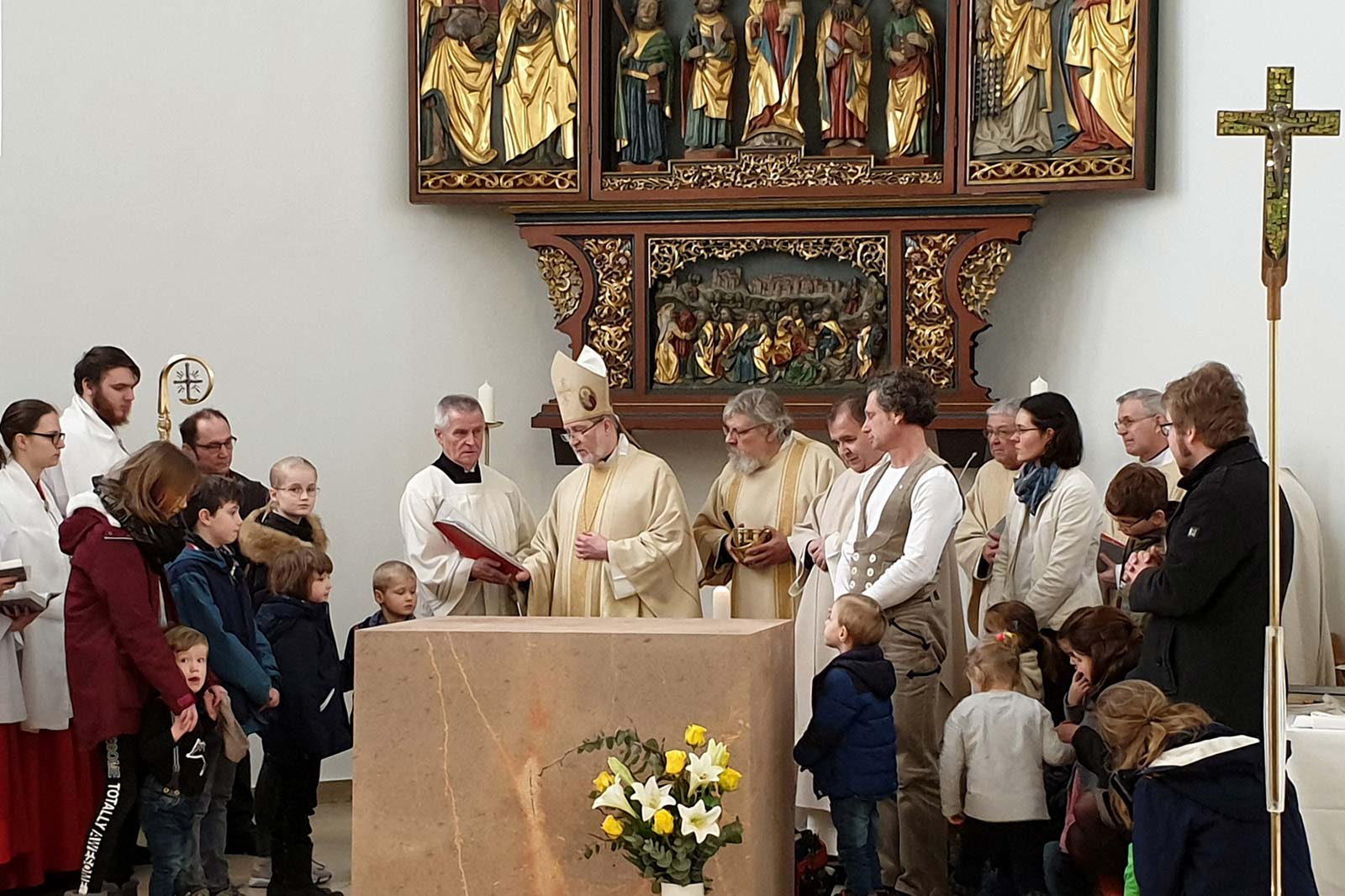 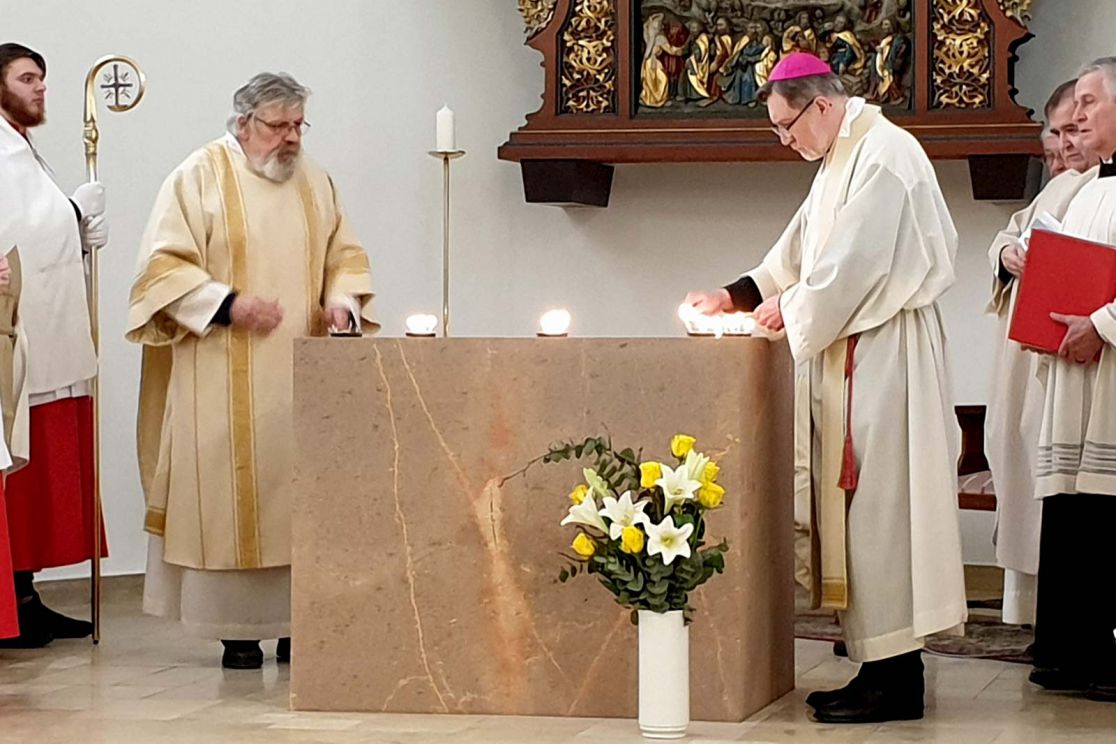 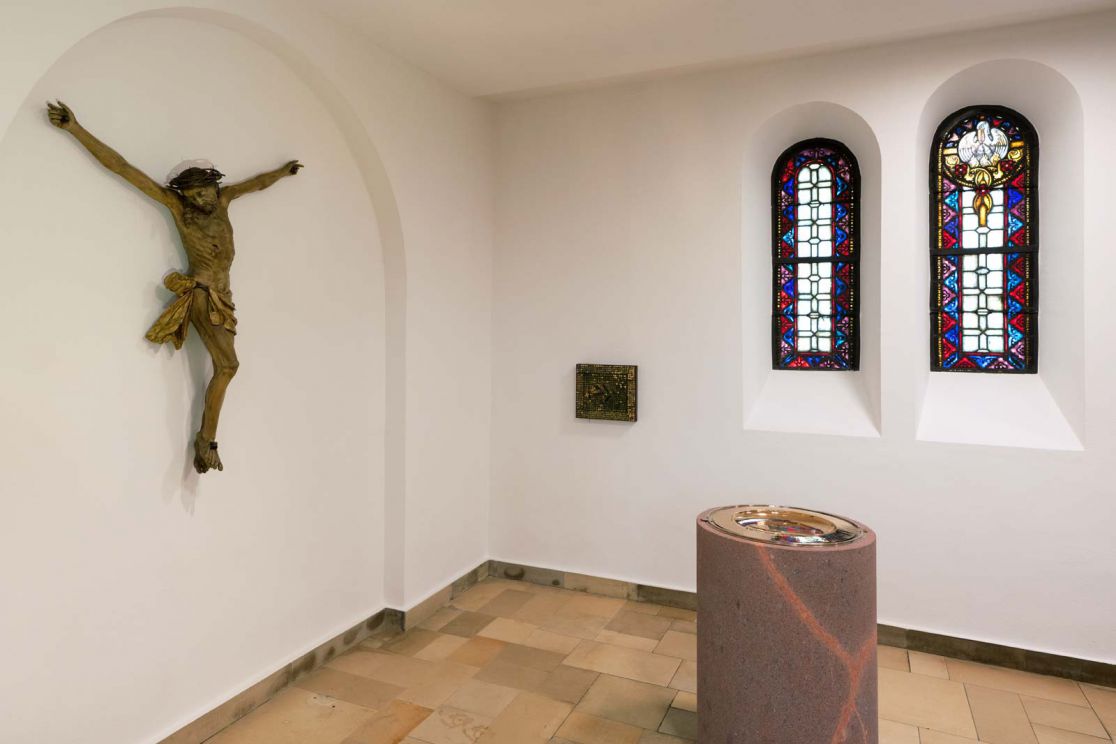 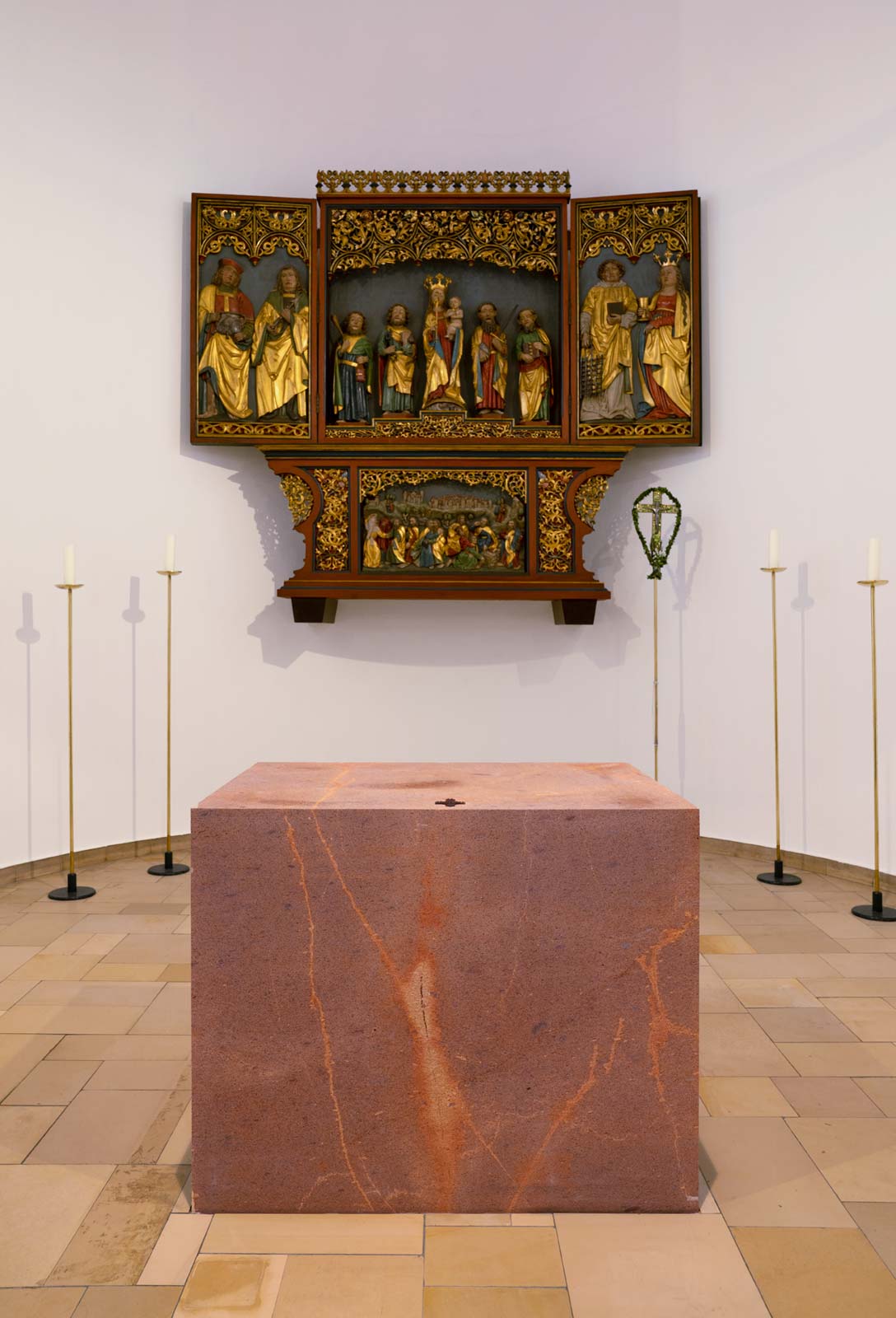 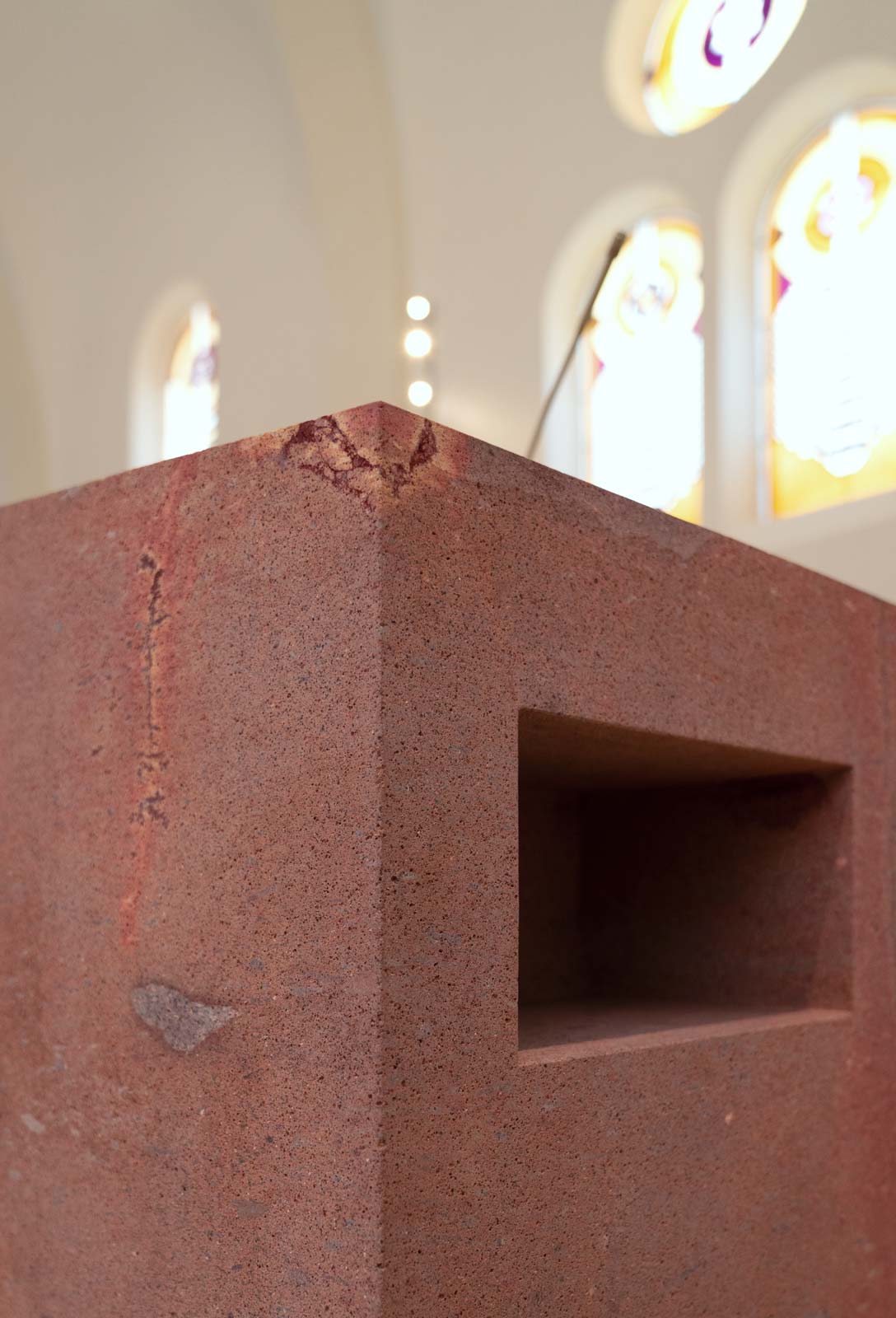 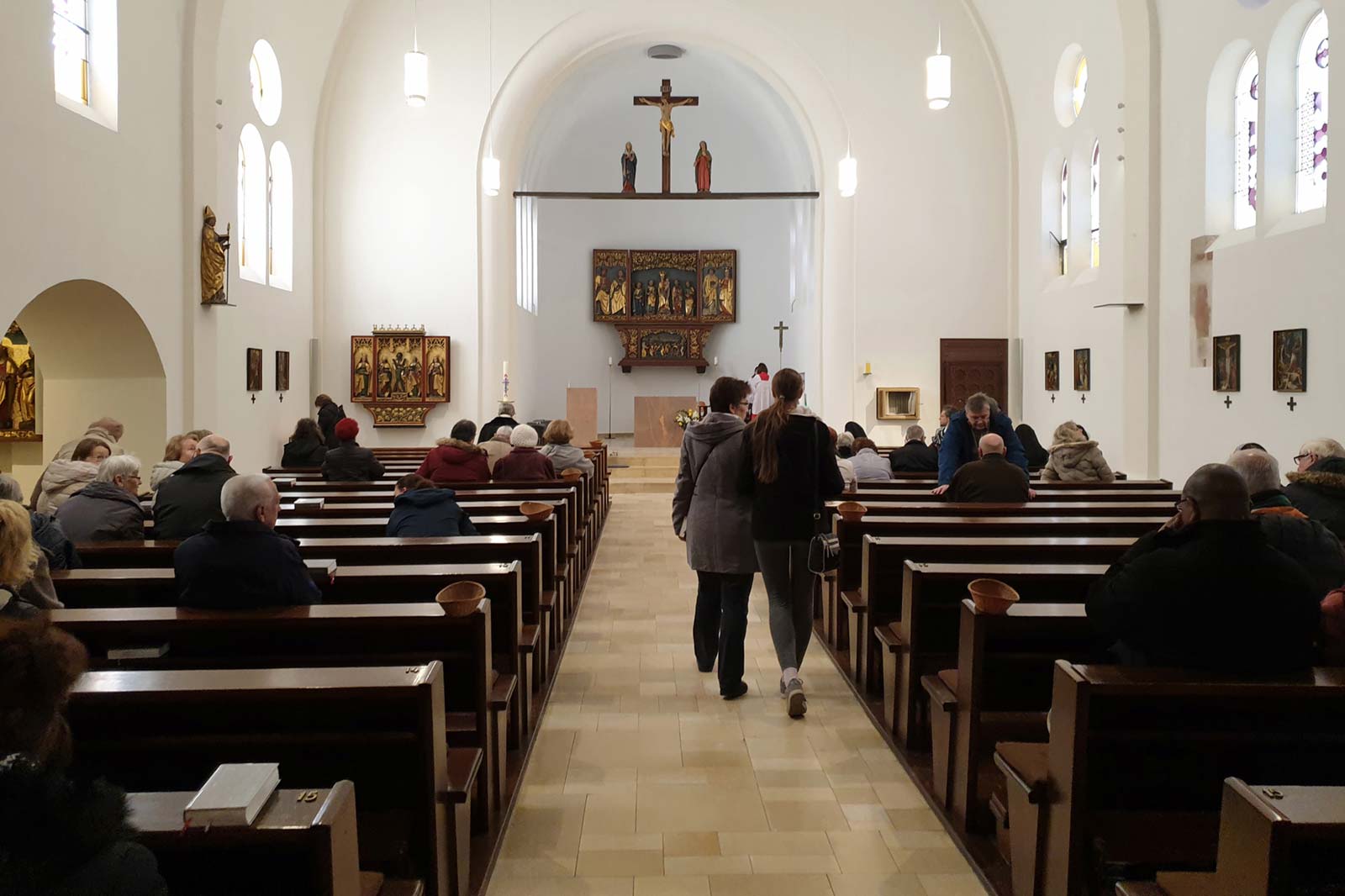