Guest rooms and bathrooms were given a contemporary décor, which creates an inviting atmosphere with its simple, quiet aesthetics.

The aim of the interior design is a functionally emphasized furnishing of the rooms. Minimalist built-in furniture in shades of blue and grey replaces the old veneer furniture.

As conference accommodations the short-term stay is in the foreground. This was met with a furniture programme developed for this purpose, in particular by suitcase shelves for "living out of a suitcase" and desks as notebook workstations.

In designing the rooms and bathrooms, the focus was also on the visual and functional enlargement of the sometimes relatively cramped space. This was achieved on the one hand by minor changes to the floor plan and on the other hand by a balanced colour concept with a play of light and dark staggering, the creation of depth and tranquillity through gentle tonal gradations.

In the bathrooms, the optical enlargement was achieved by room-length wall mirrors, which double the shallow depth of the room, and large tile formats with muted joint colours.

Works of art by the two Berlin artists Toni Wirthmüller and Klaus Zolondowski have been embedded in the colour scheme of the rooms as creative focal points. 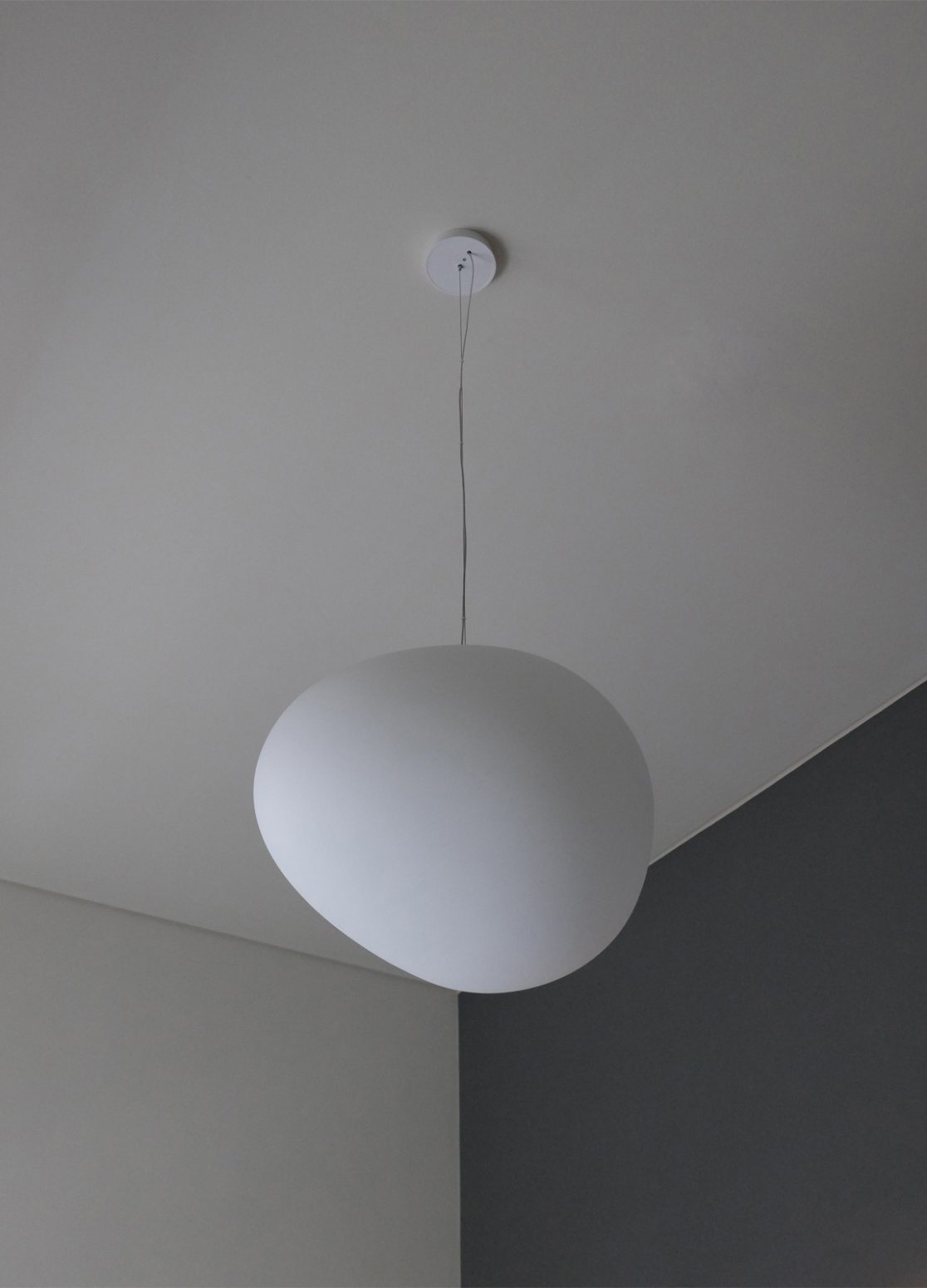 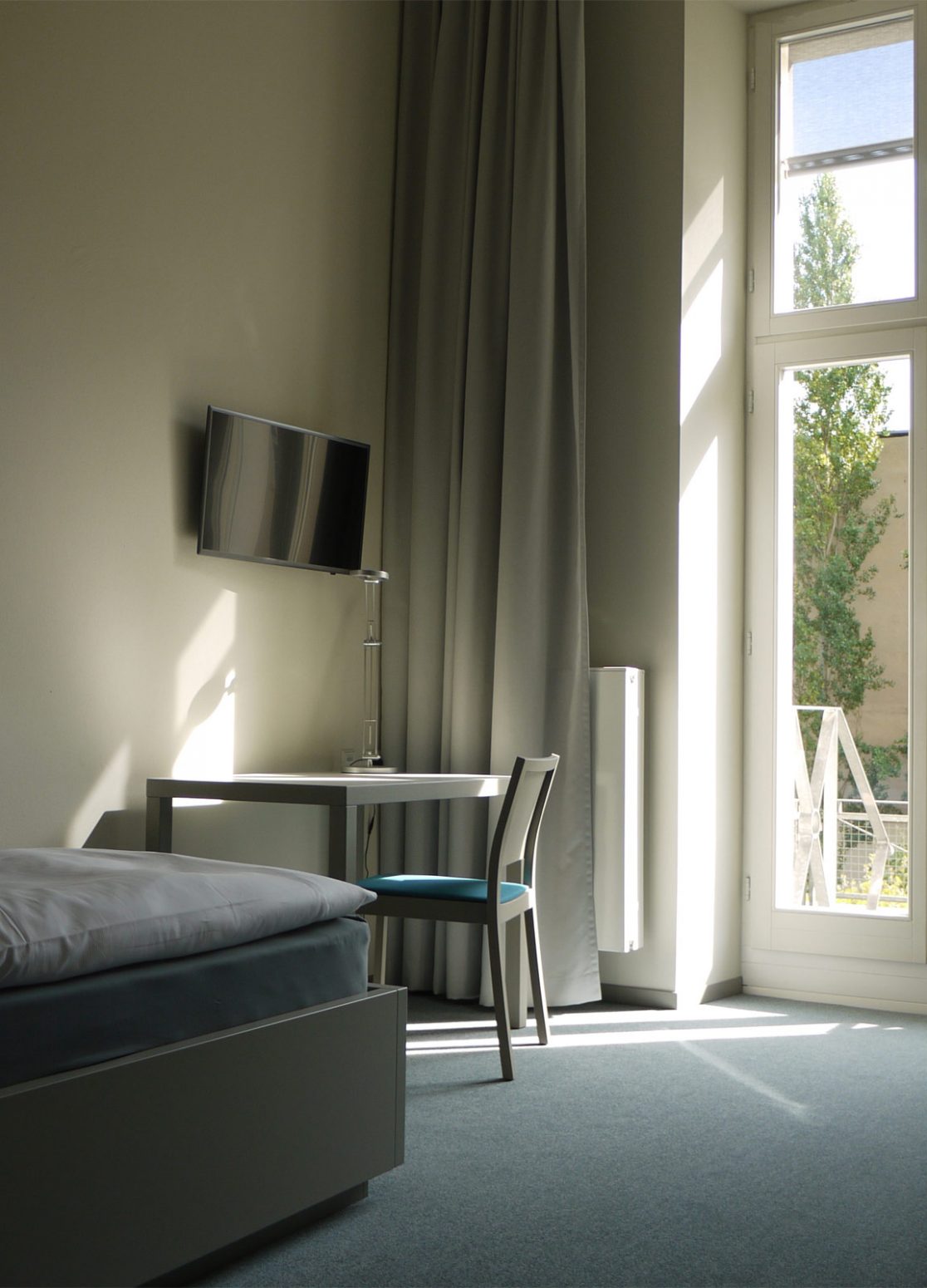 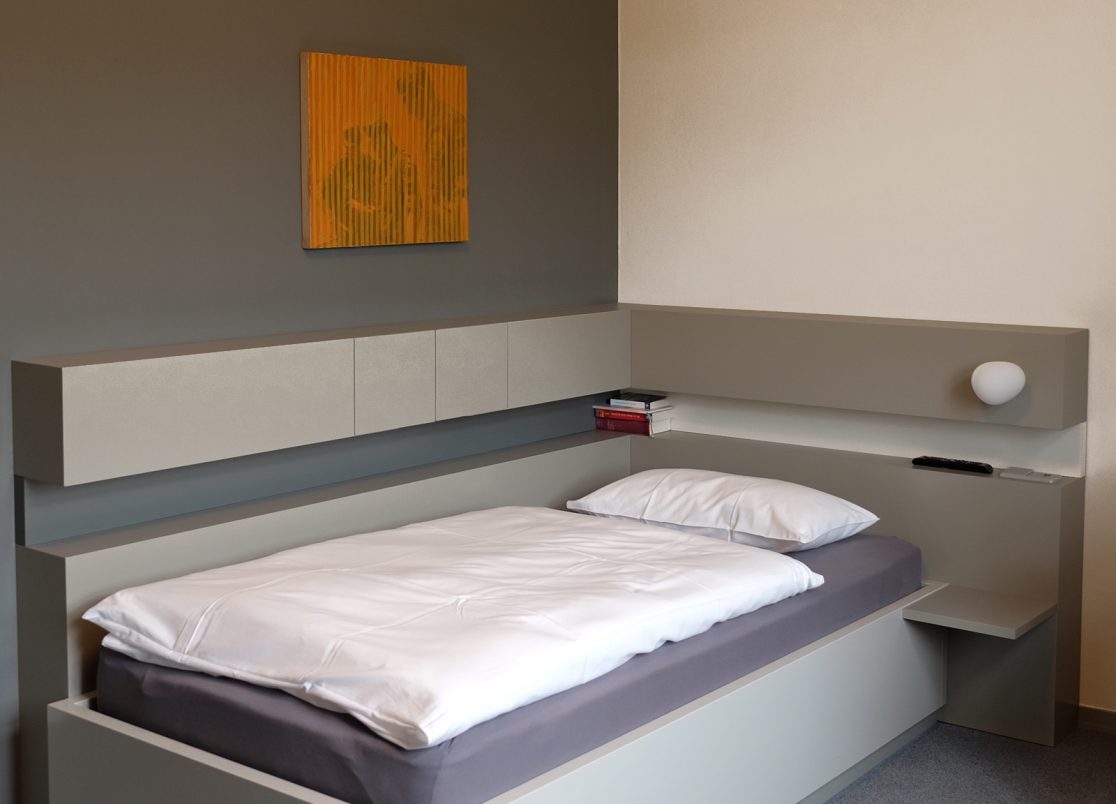 Renovation of the guest rooms 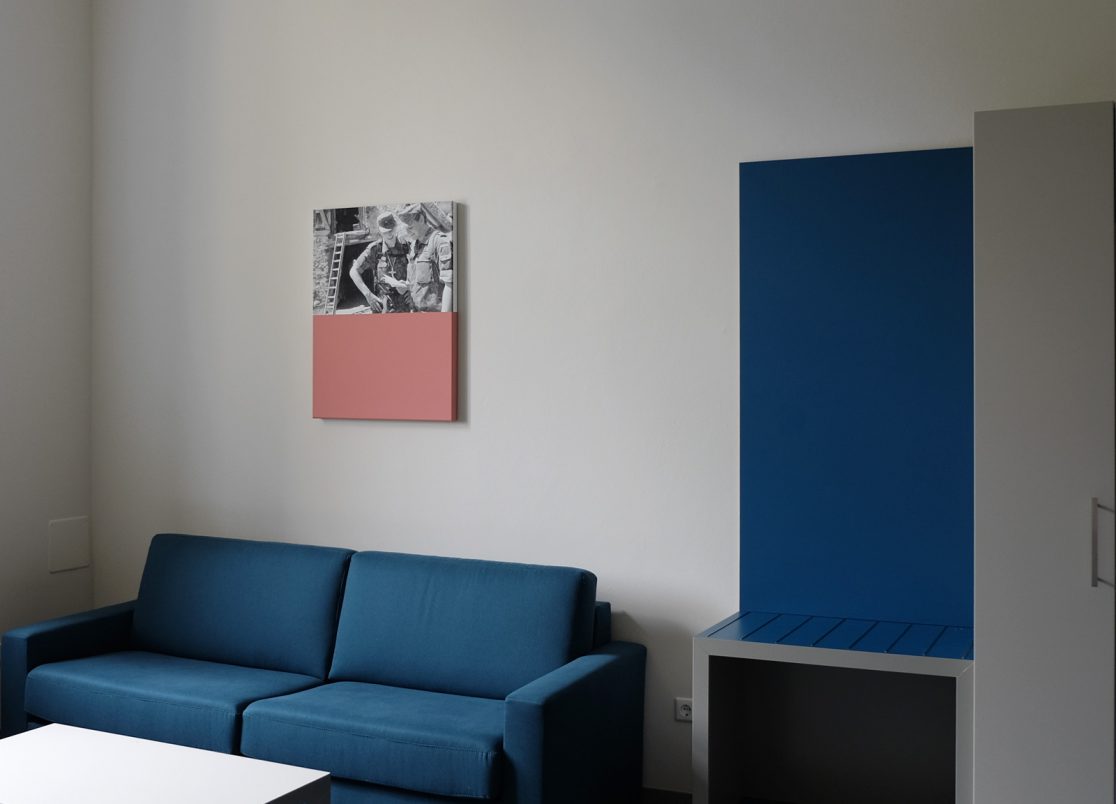 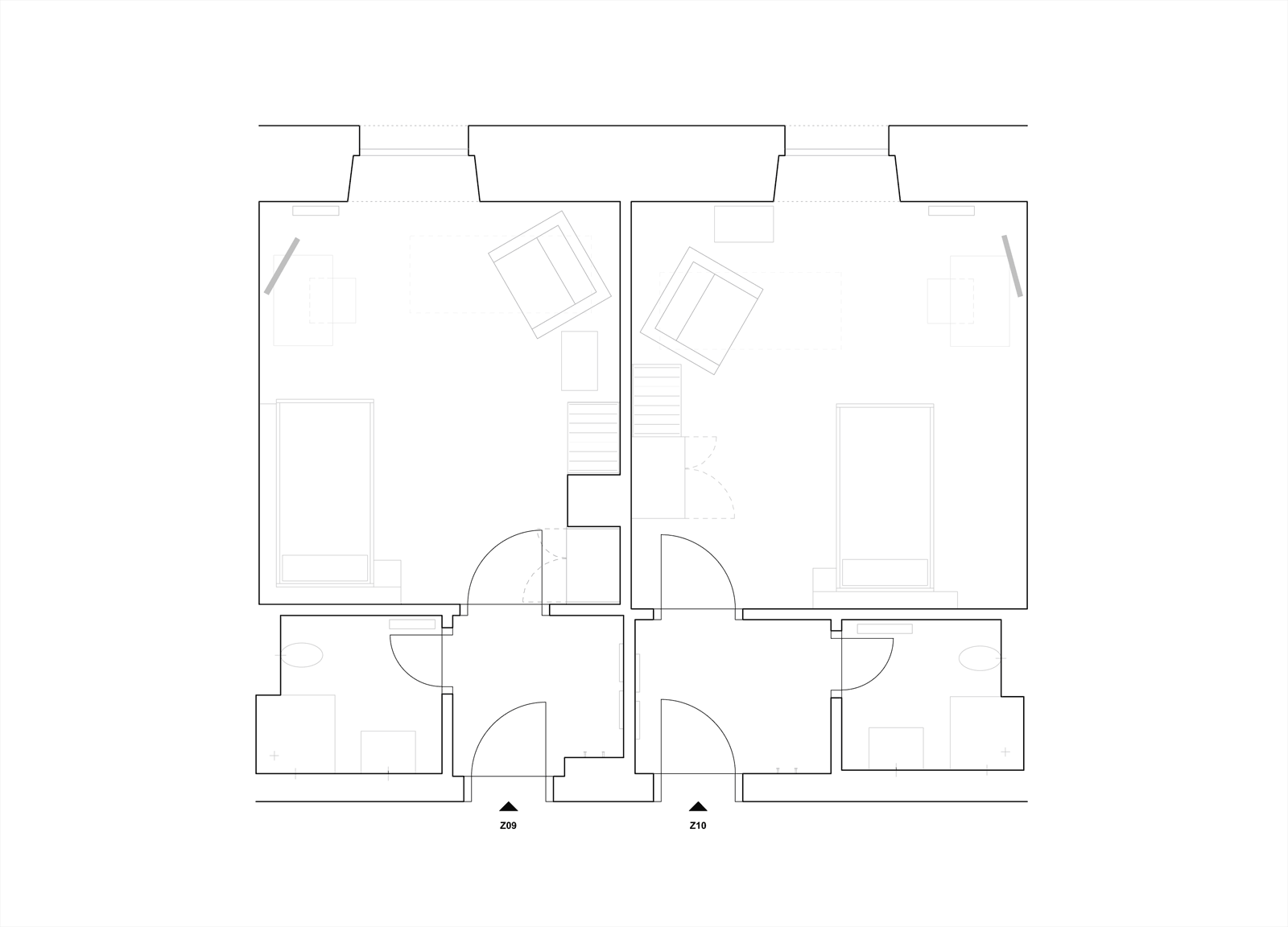 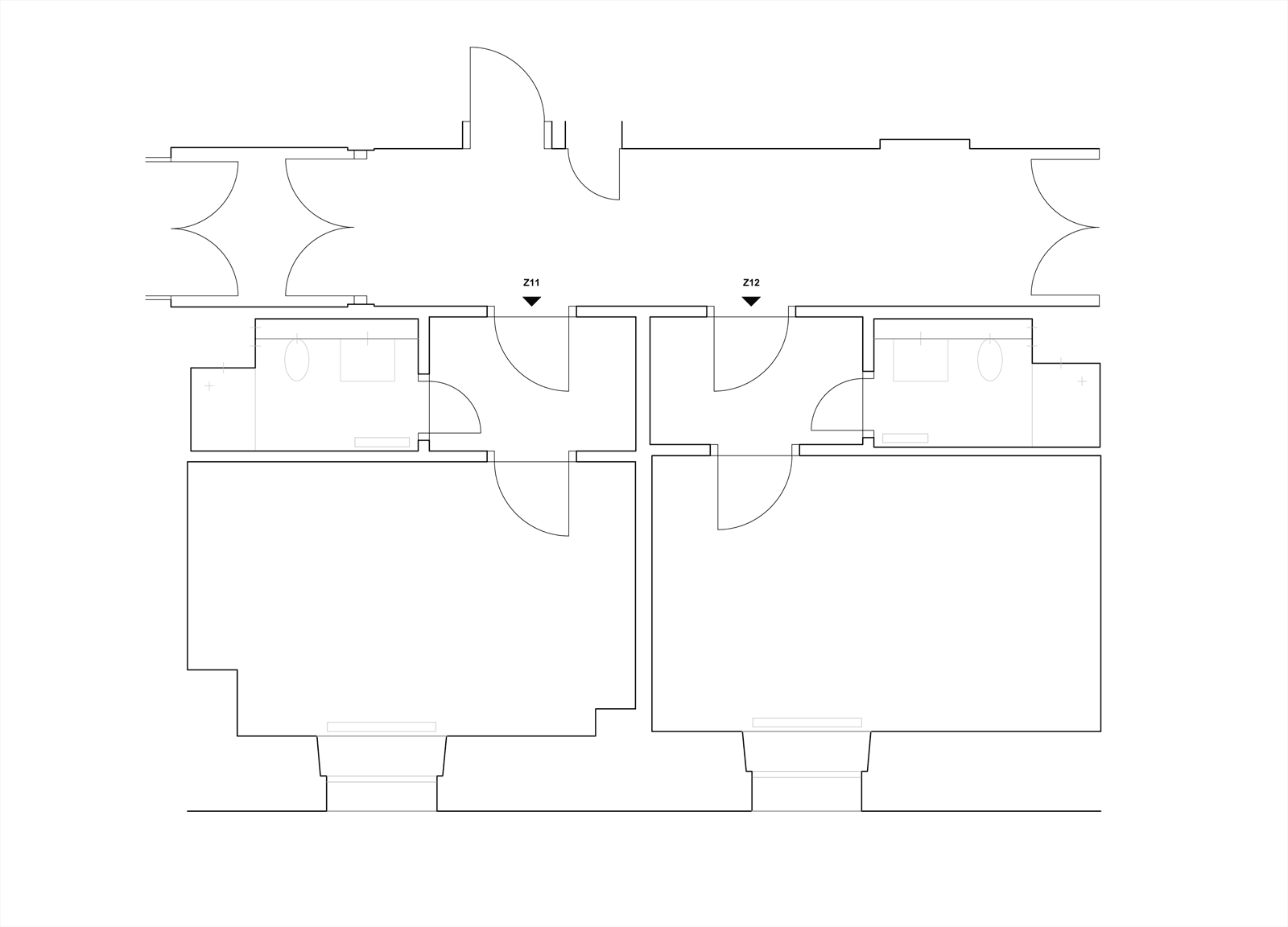 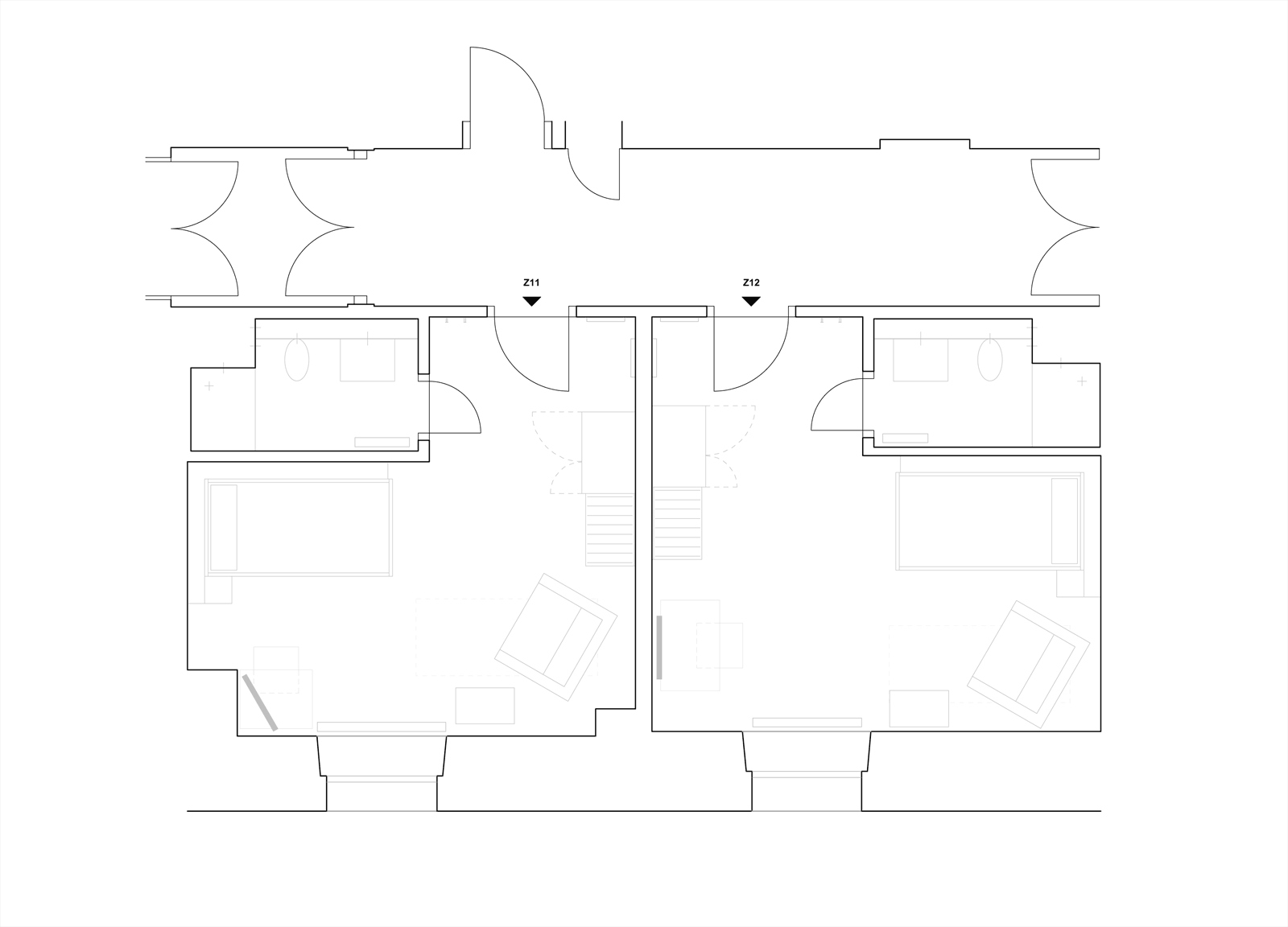 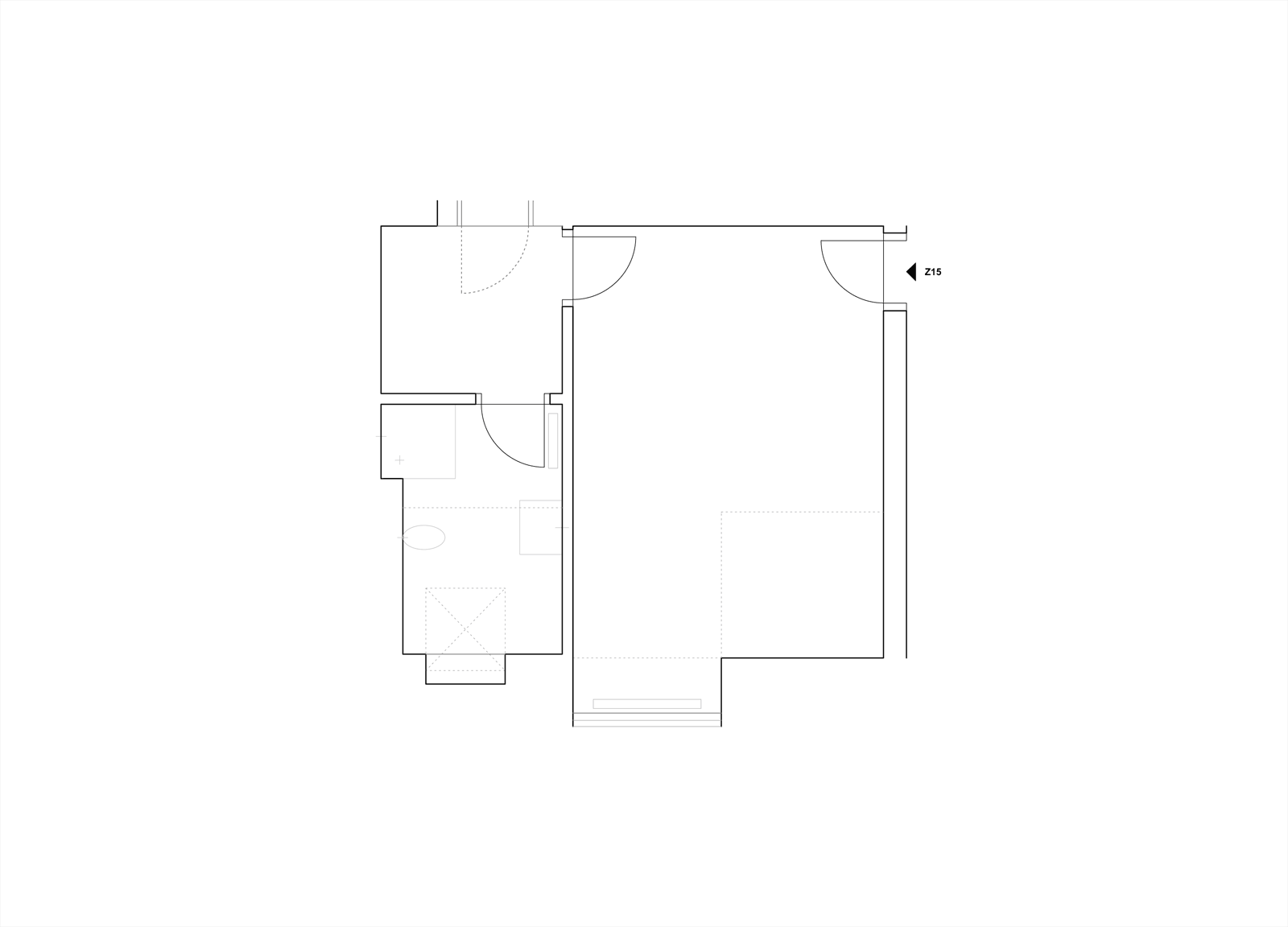 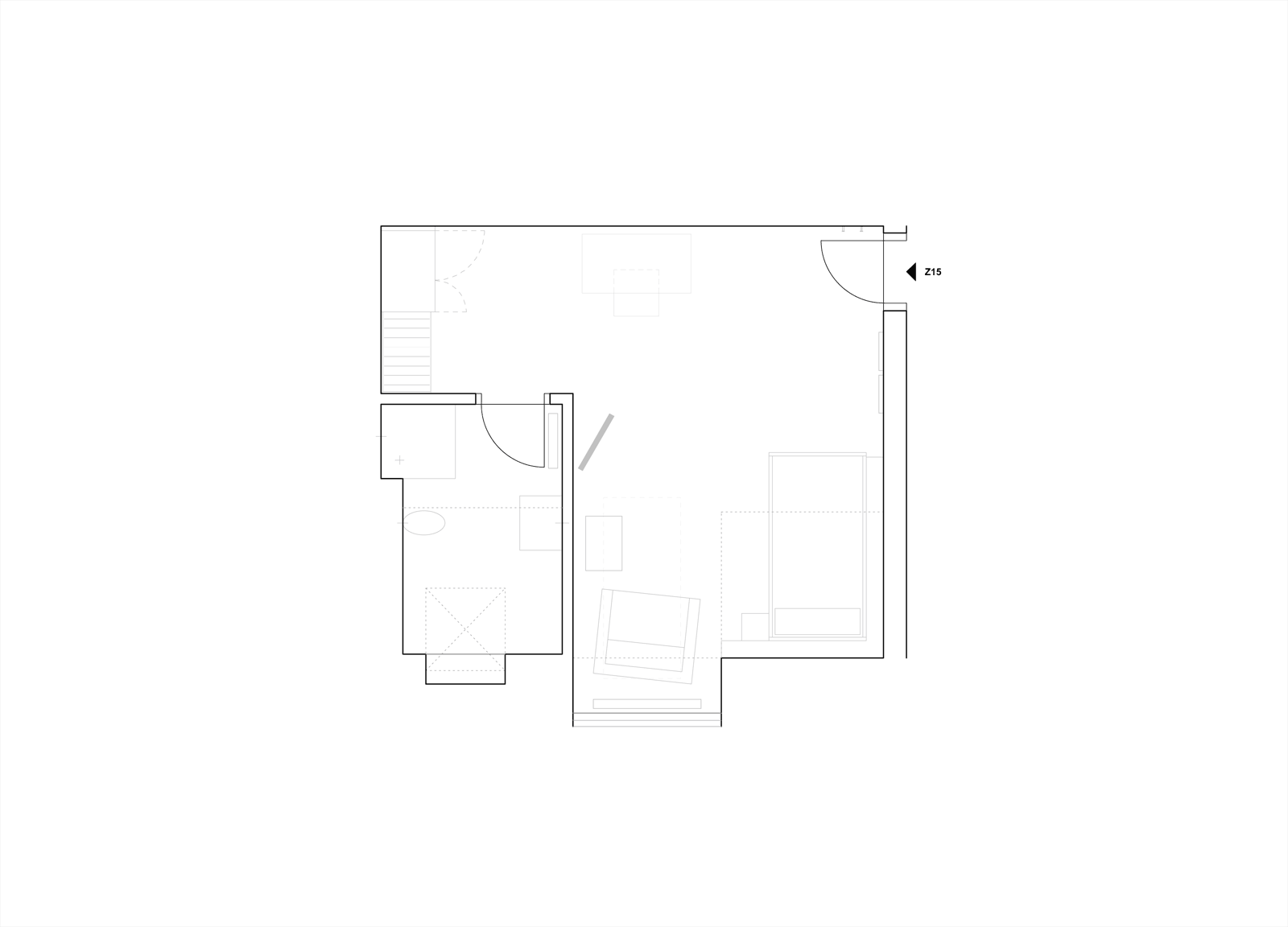 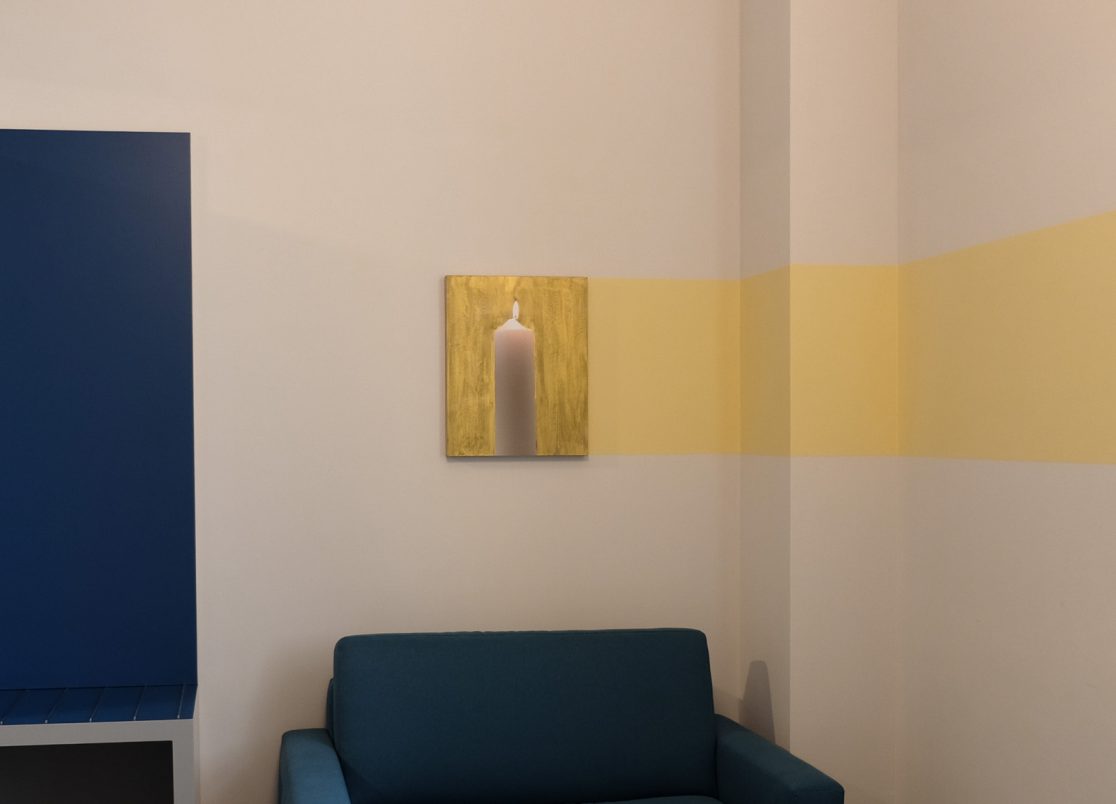 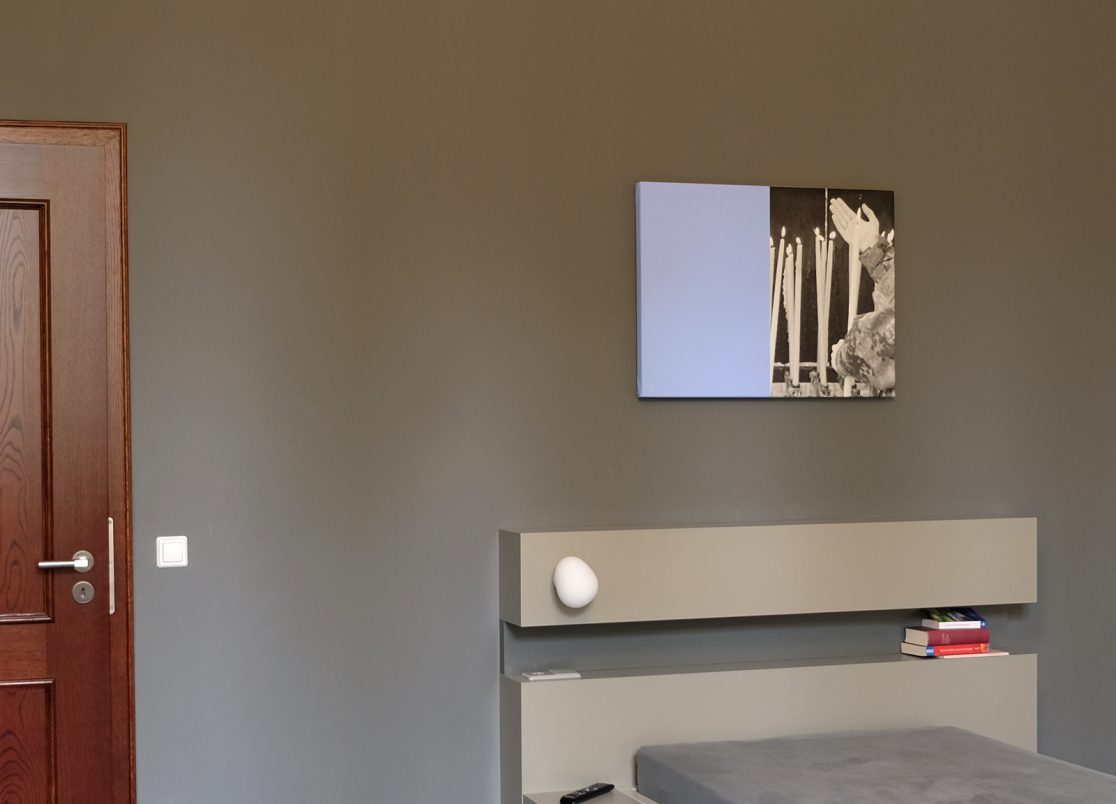 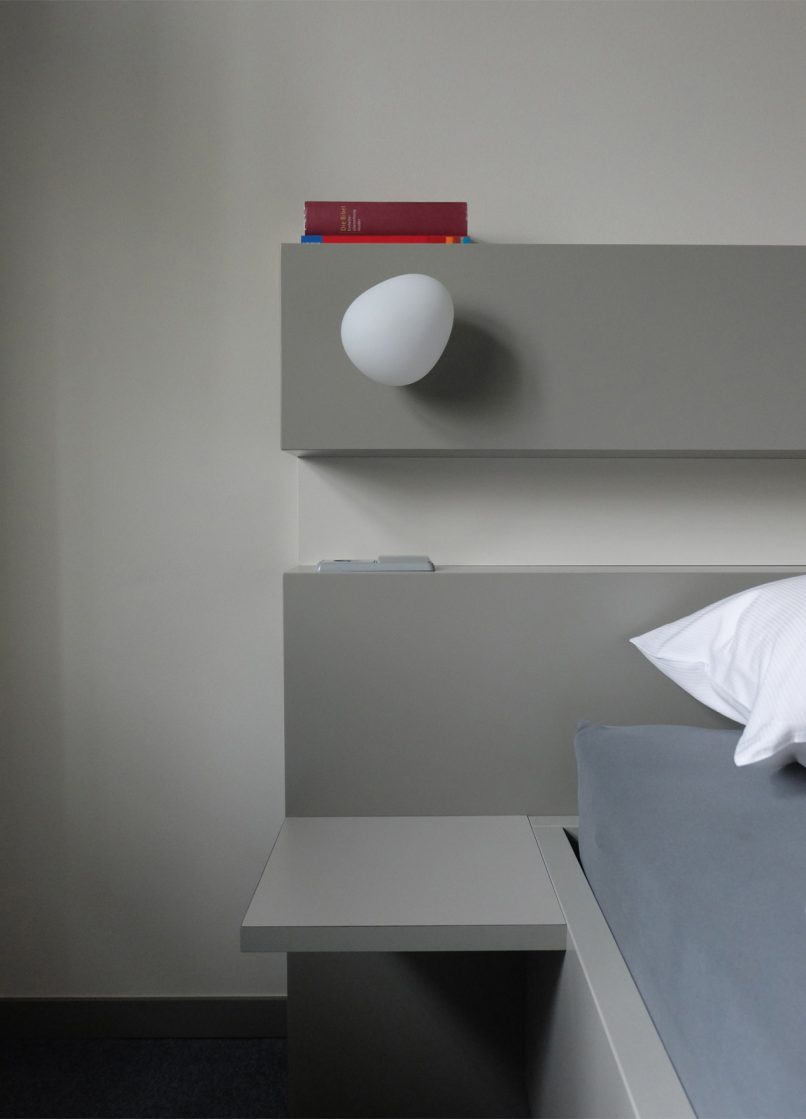 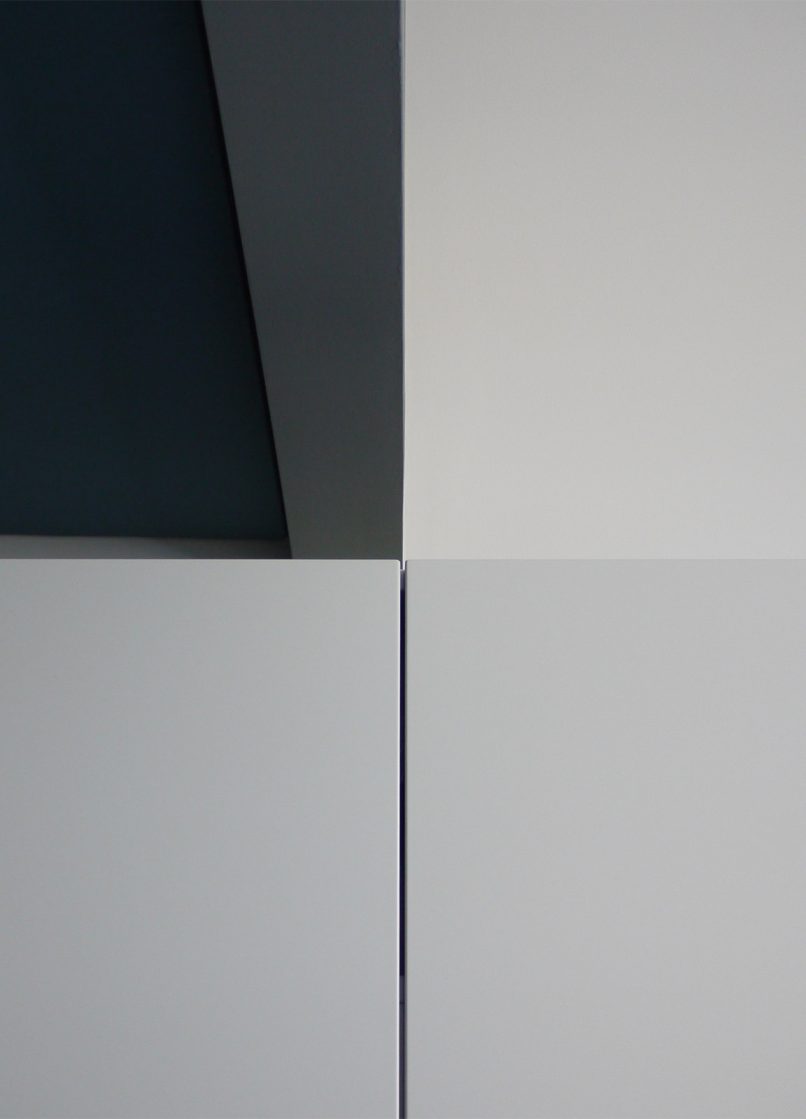 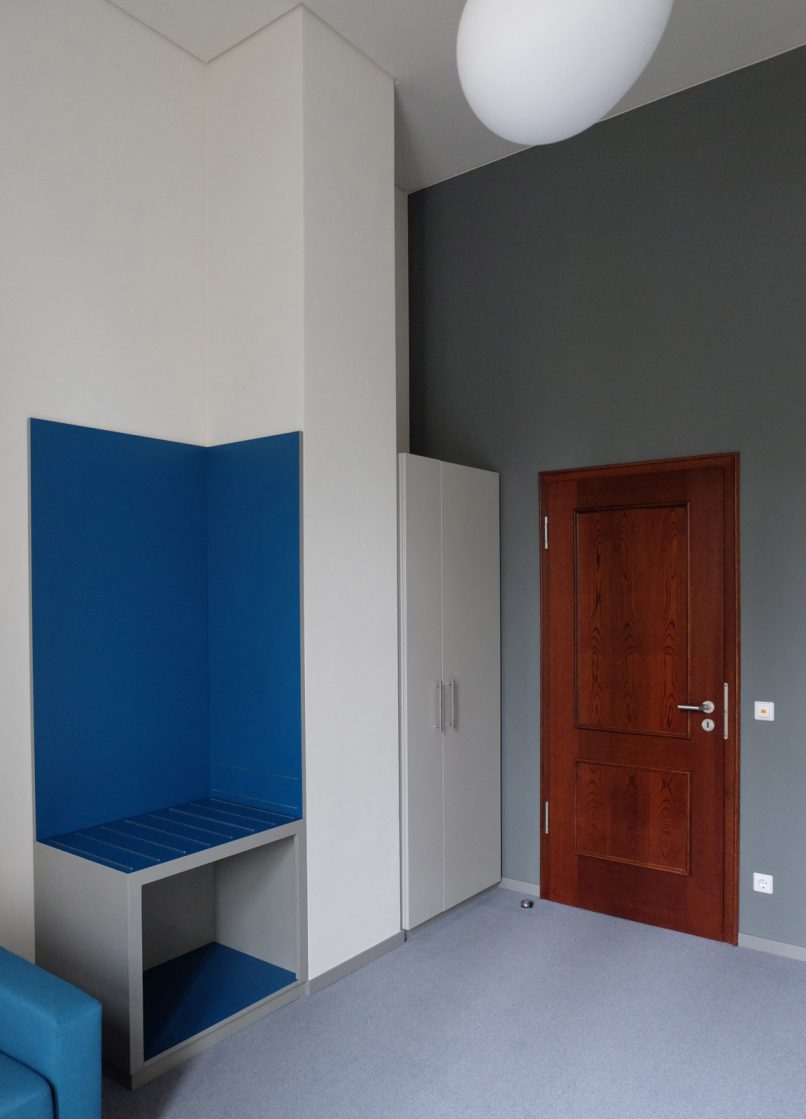 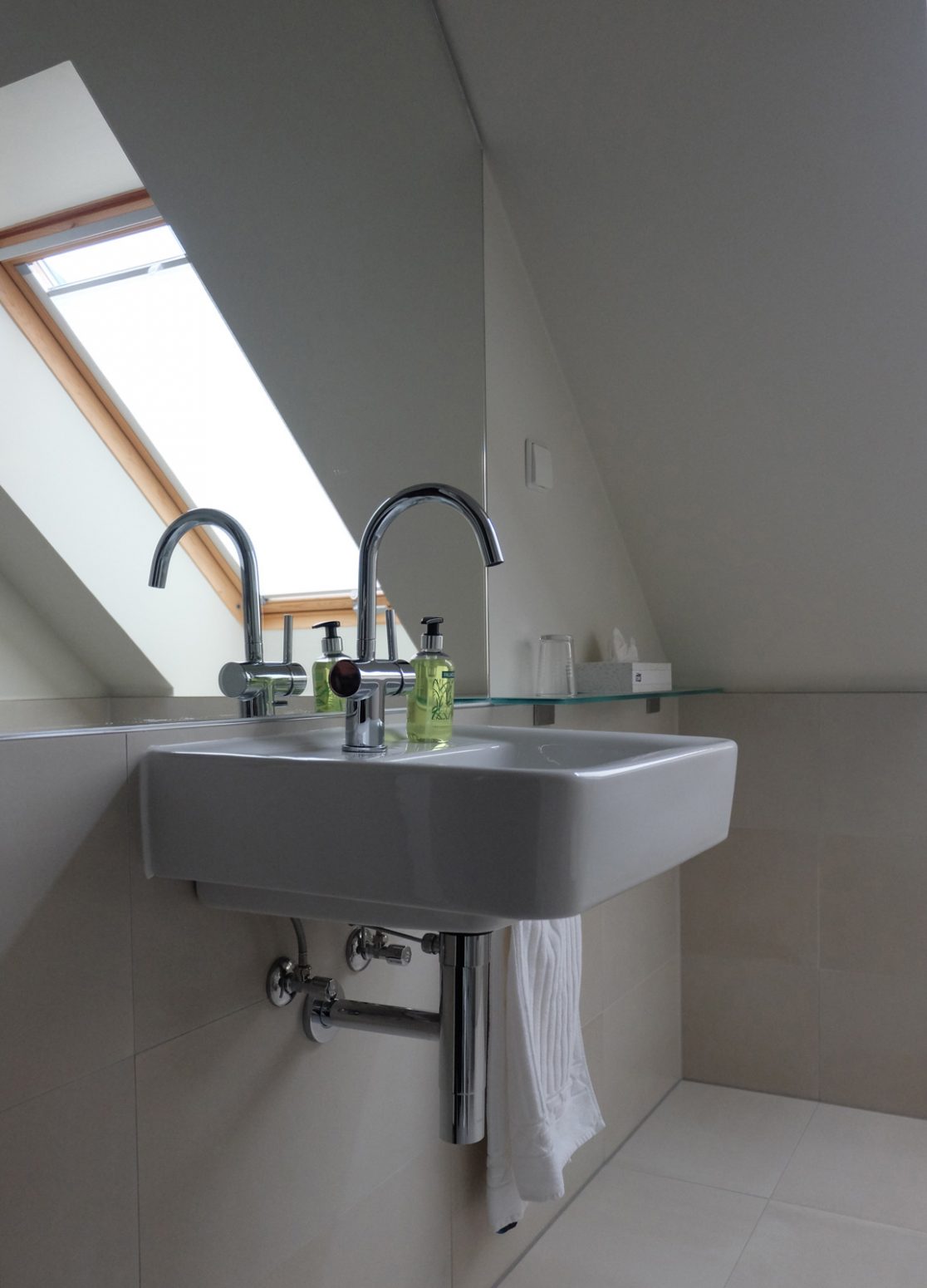 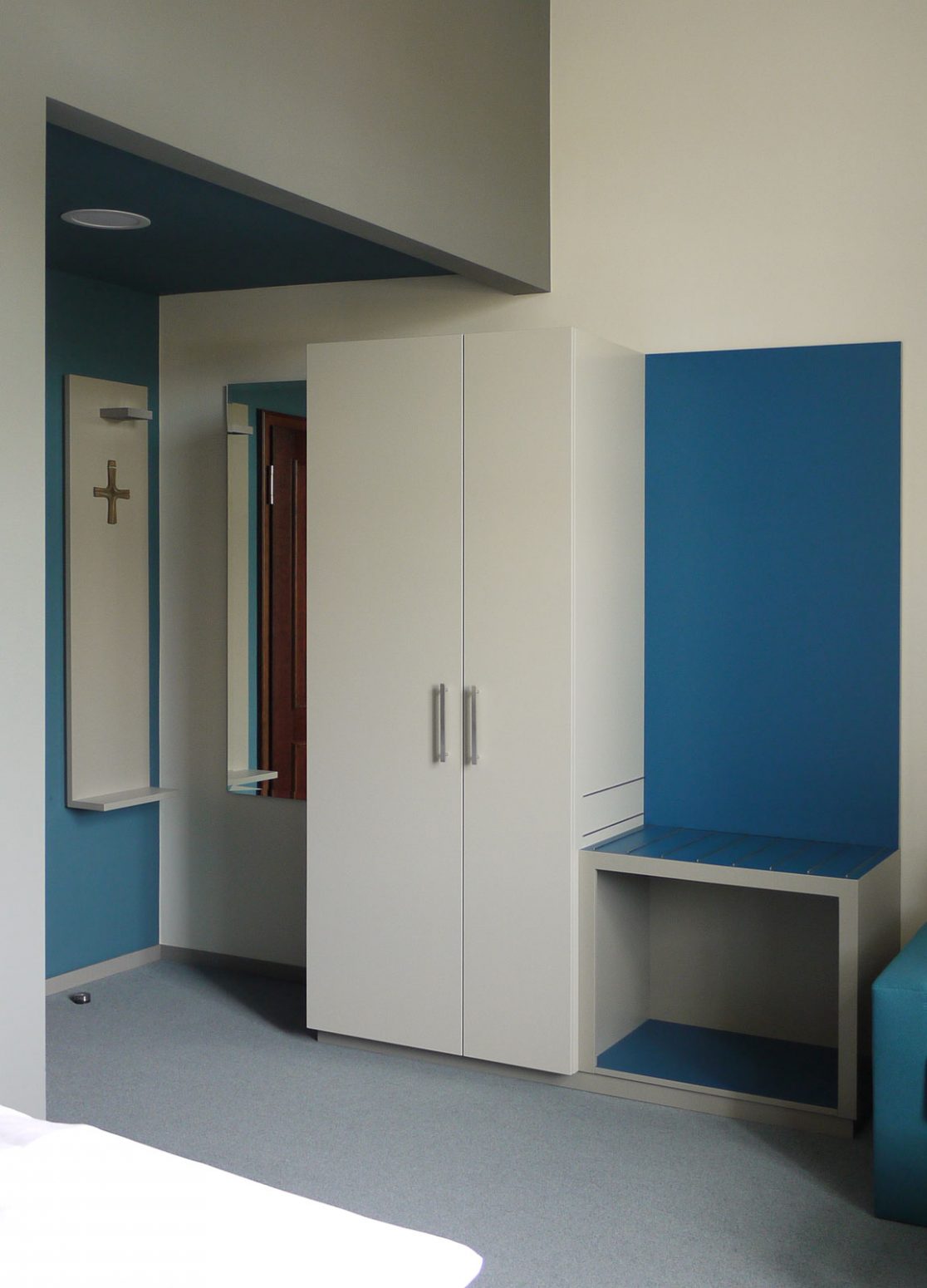 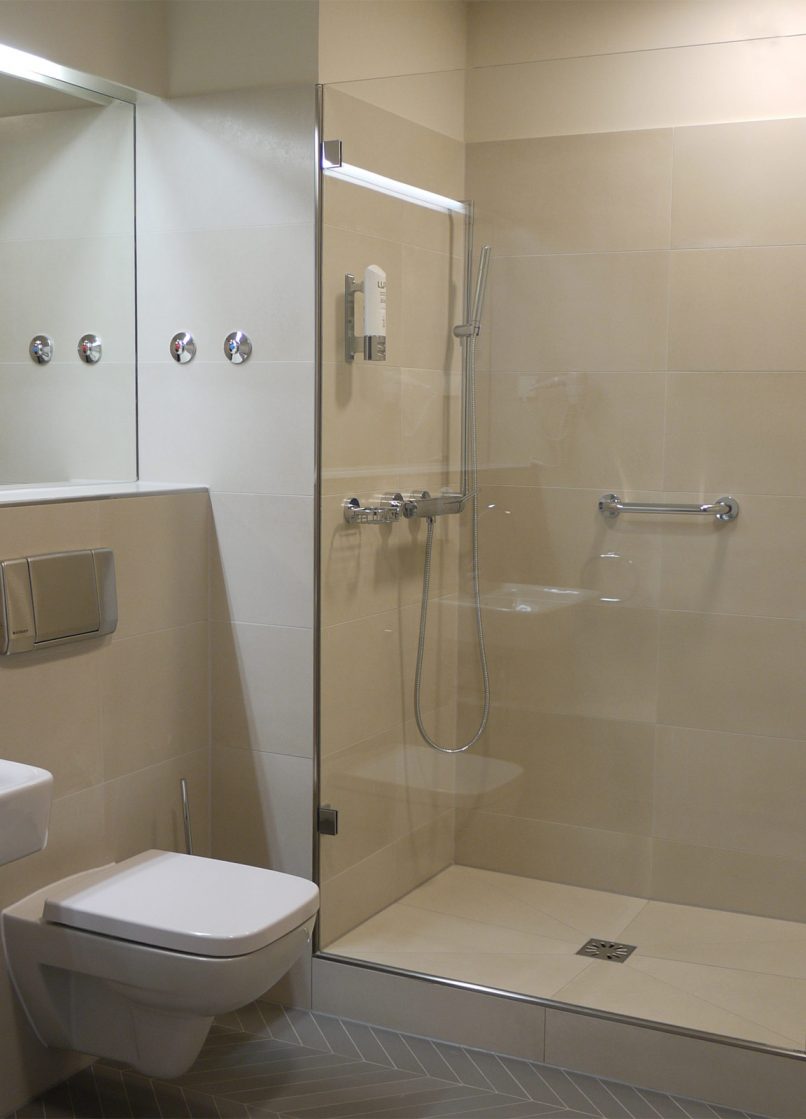 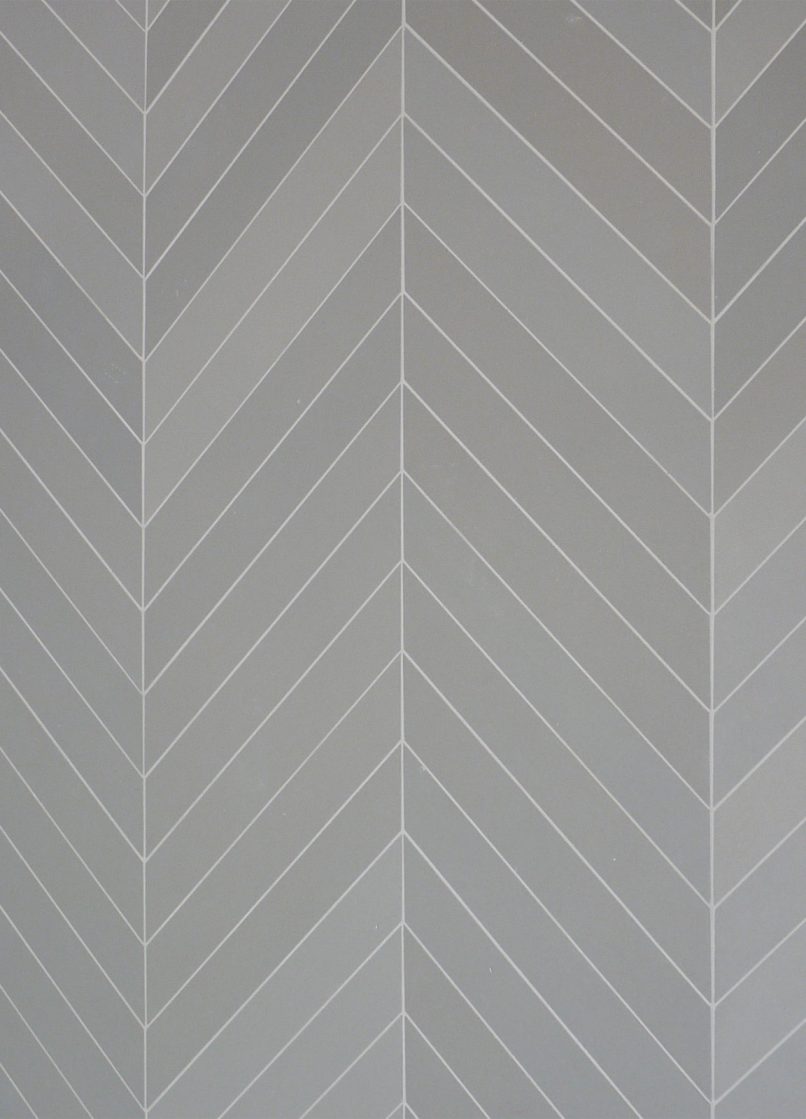 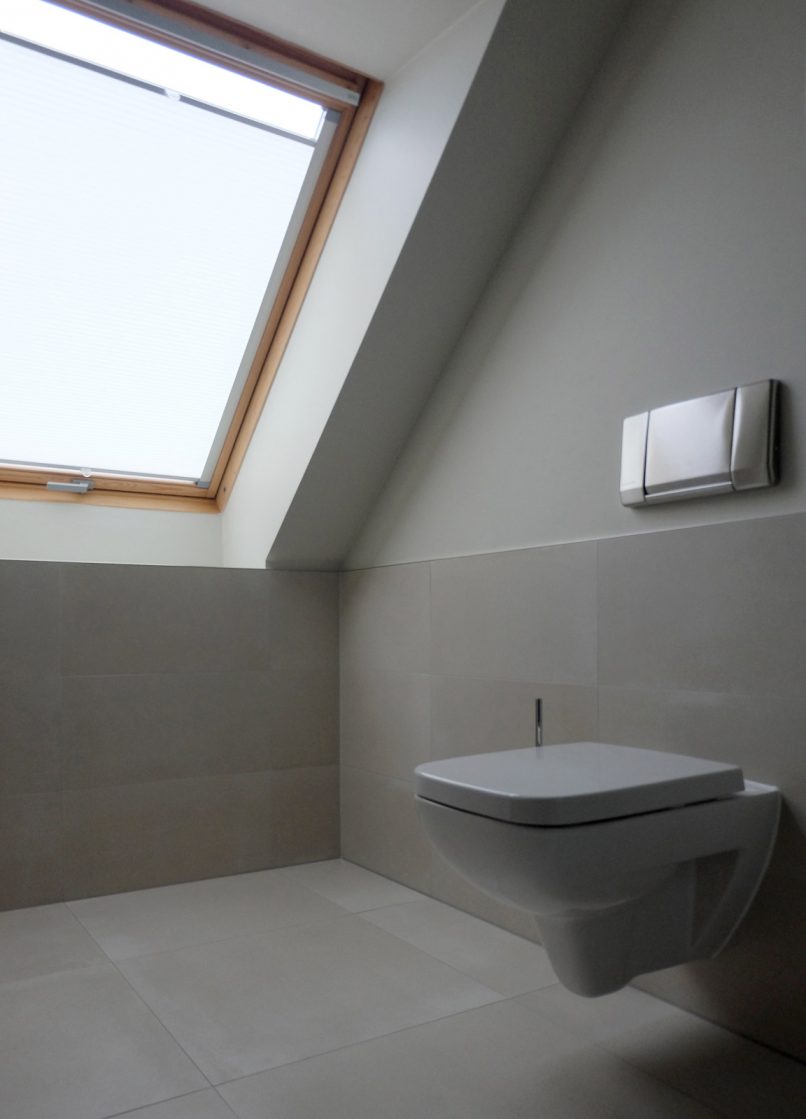