Within the framework of the restoration of a listed building, D:4 developed the design concept for the interior of the Protestant Church in Wiesbaden-Kloppenheim.

The Protestant Church in Wiesbaden-Kloppenheim was already designed in the 15th century as a simple baroque building. The historical design of the interior is largely preserved today: The pulpit and gallery are designed in traditional carpentry, the original colour concept is based on shades of grey and red, in front of which floral paintings stand out.

The primary goal of the renovation concept was to take into account the historical colourfulness of the church interior and the wooden furnishings and not to push them into the background by adding new accents. Furthermore, the cramped space in the choir room was to be improved and made usable for a wide range of events.

The new elements were intended to make visible the traces of time that had emerged during the renovation. To pick up the existing atmosphere, naturally aged wood was used for these. The material was assembled partly from donations and partly from pieces that had formerly been used in the church itself, thus reflecting the history of the place and its inhabitants in a special way.

A mobile reading desk and a mobile baptism, cross and chandelier were redesigned in this way. The strict contrast between the geometric, cubic form of the elements and individually weathered wood, which was stacked in layers to fit the exact shape of the latter, creates a visible connection between past and present. The baptismal font and the support for the commemorative candles were additionally covered by narrow strips of sandblasted grey mirror glass.

The mobility of the elements allows a flexible setup for various liturgical occasions in the church. 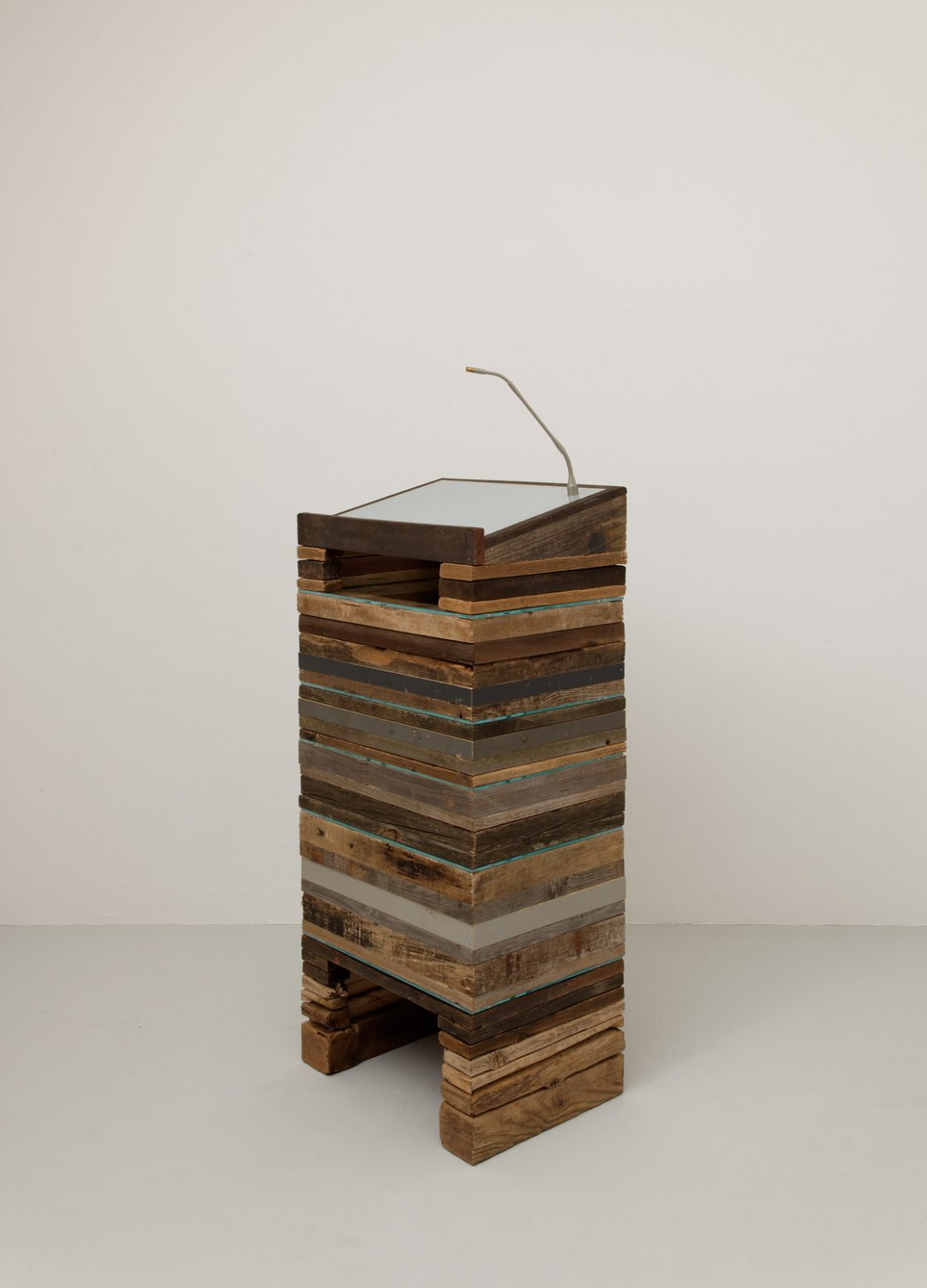 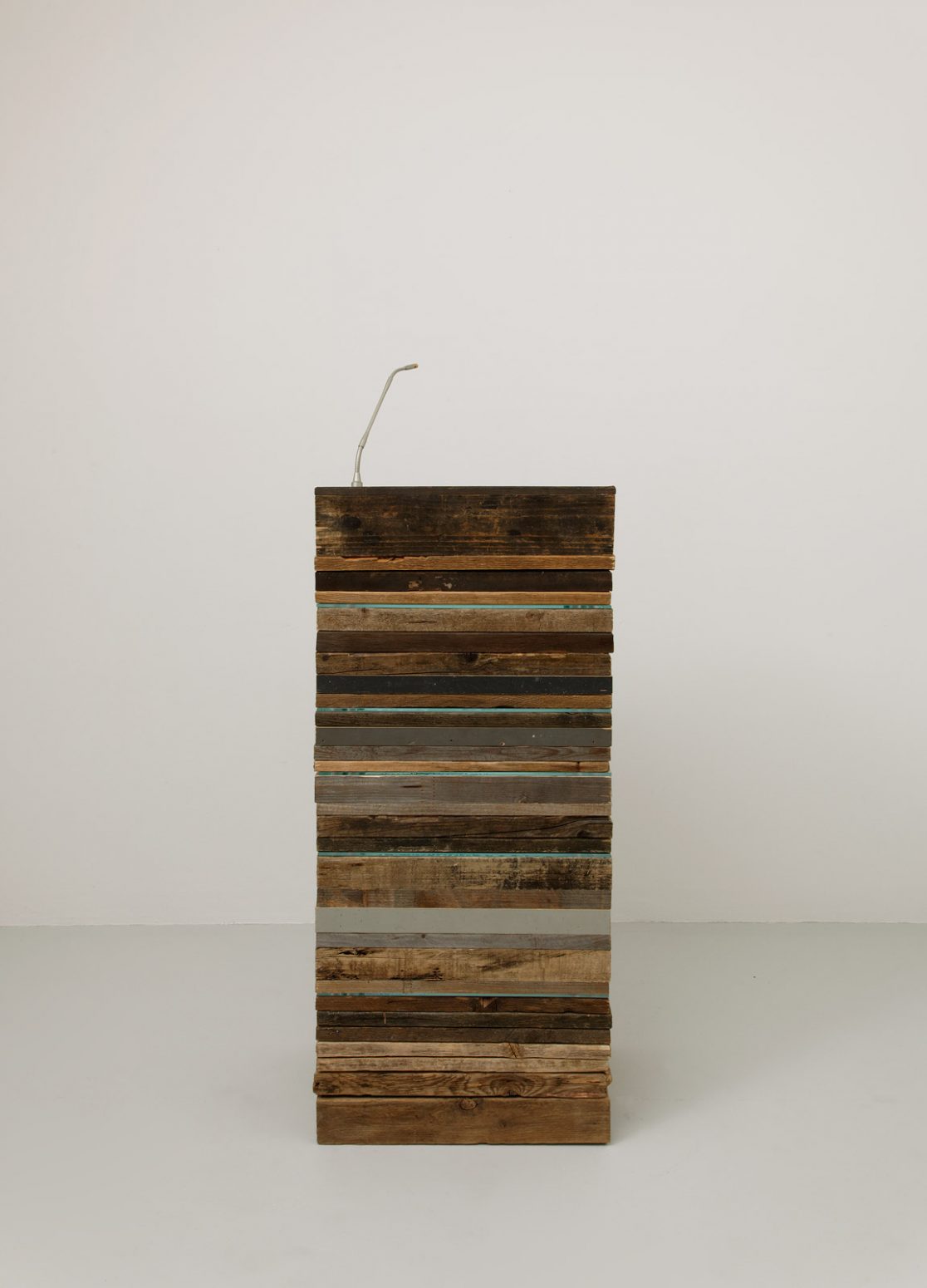 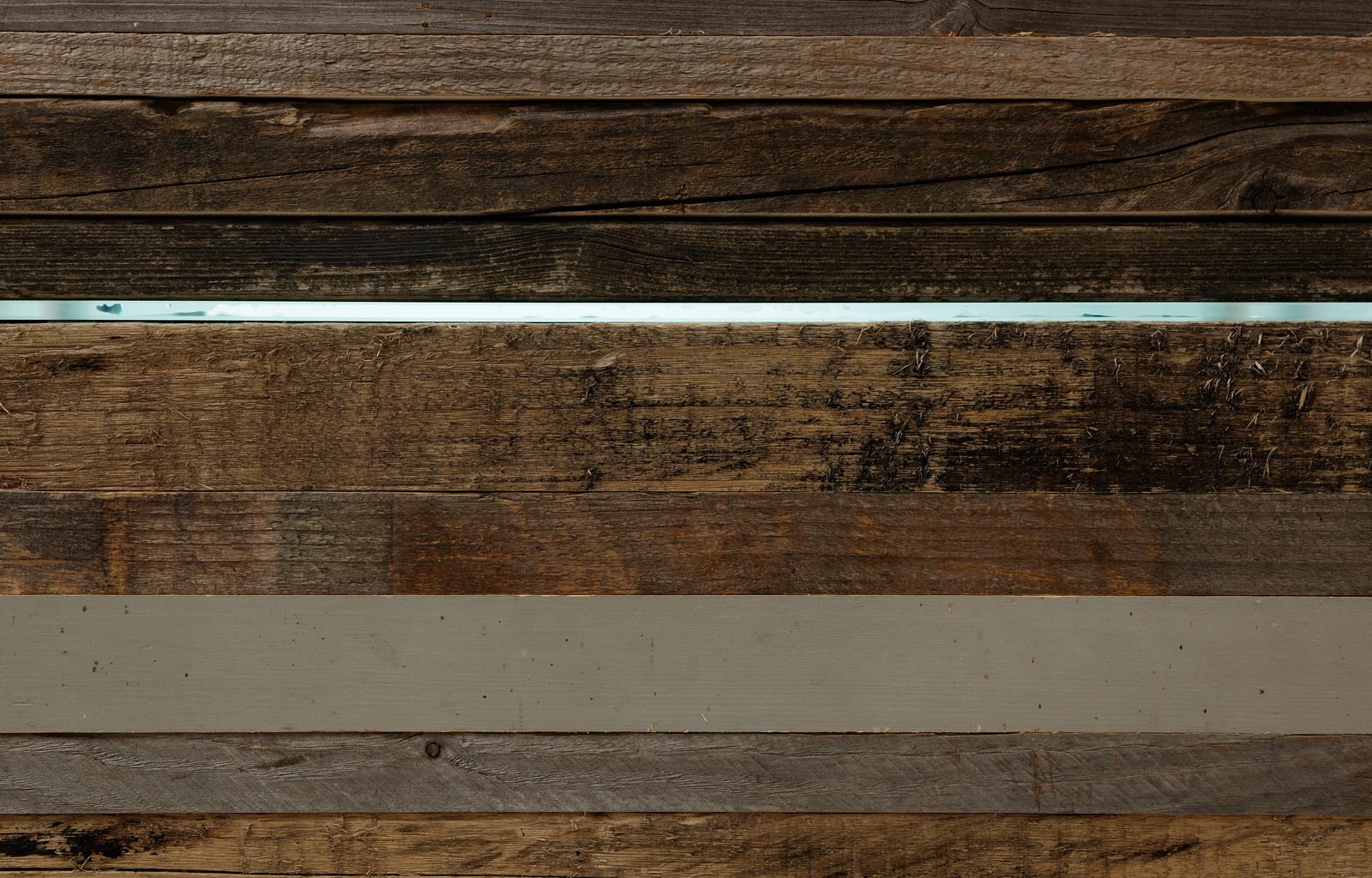 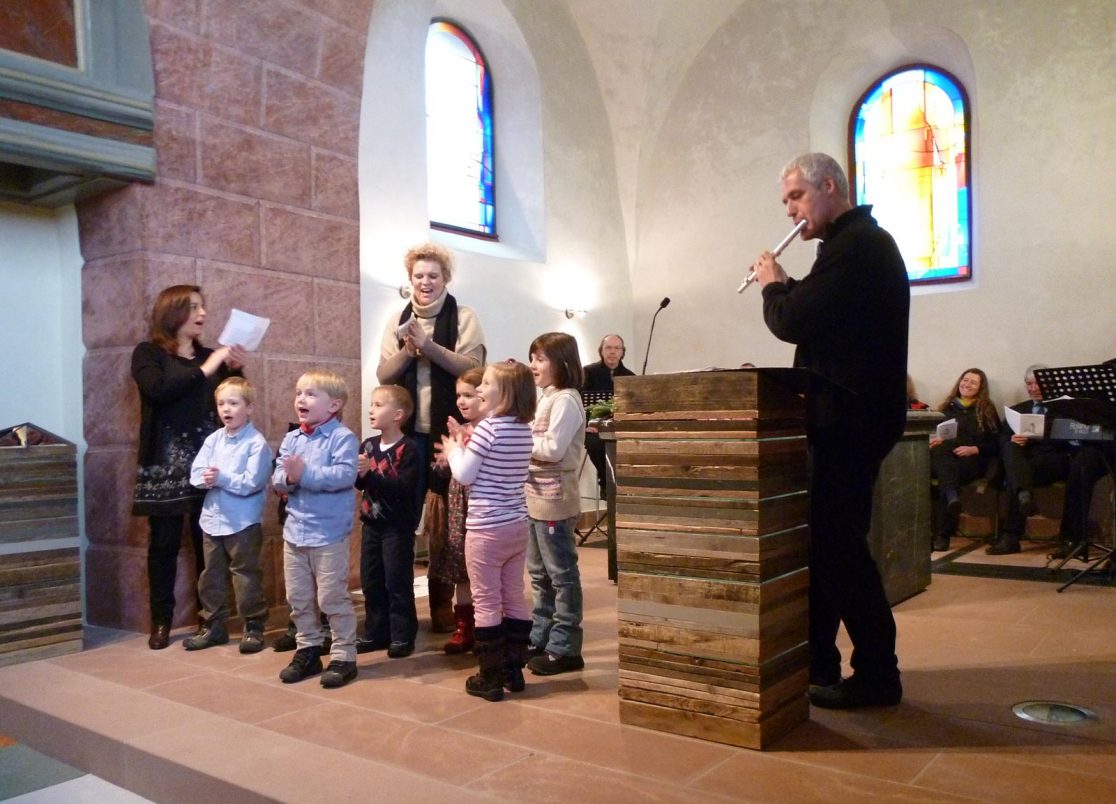 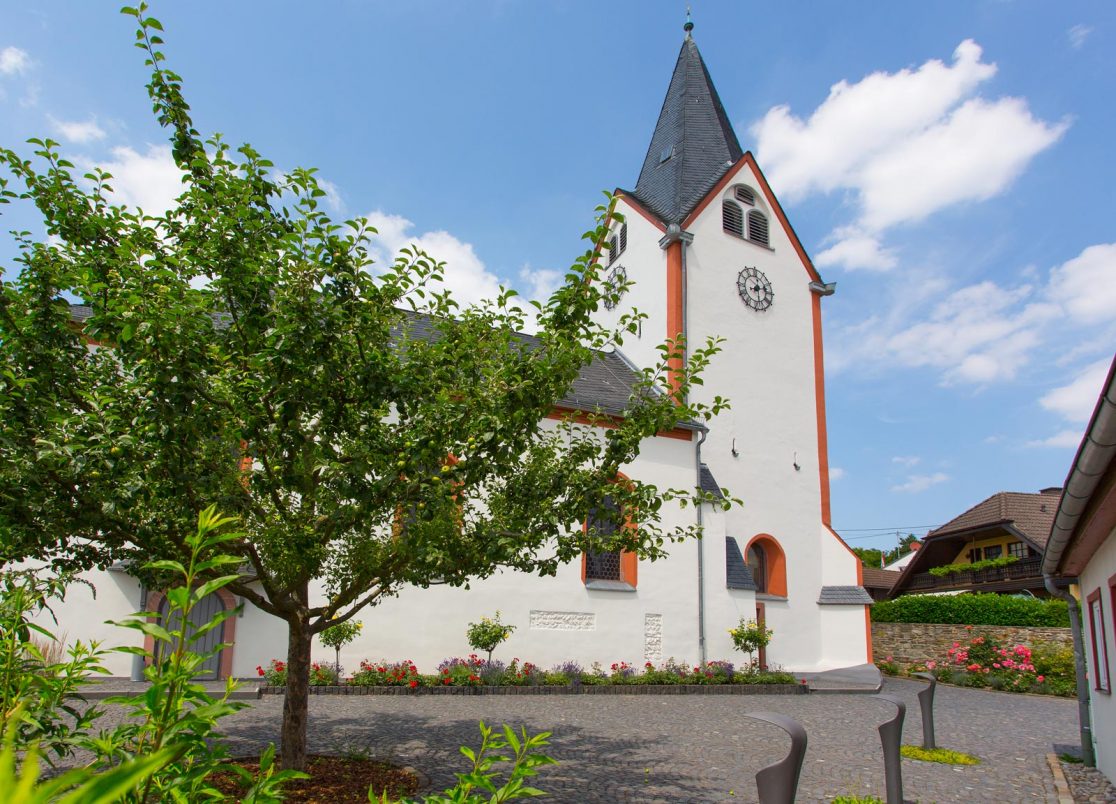 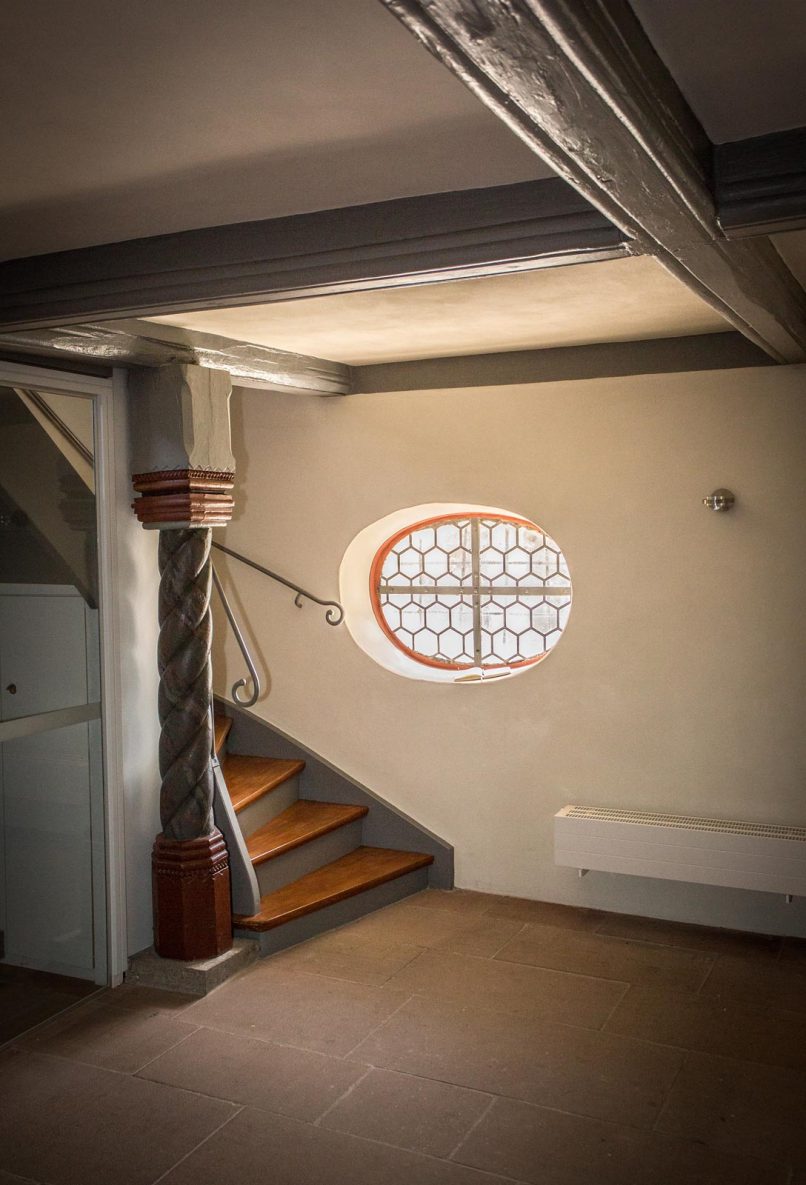 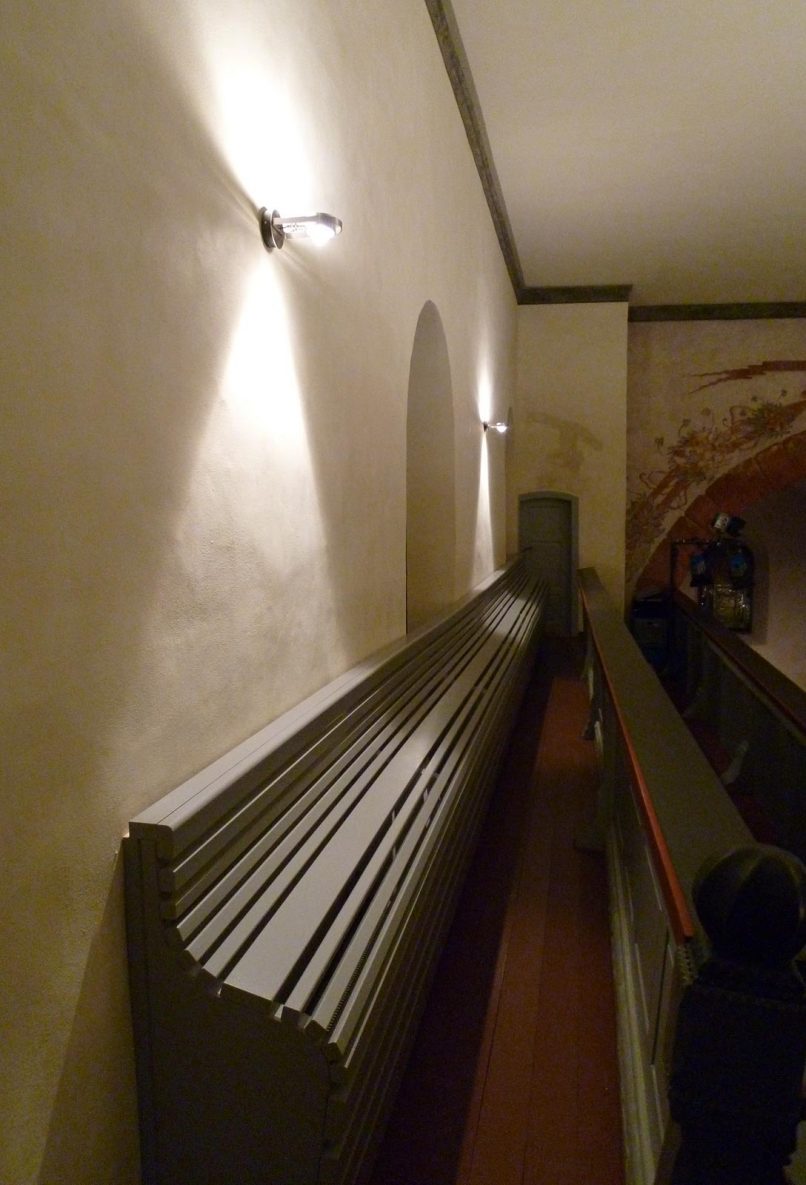 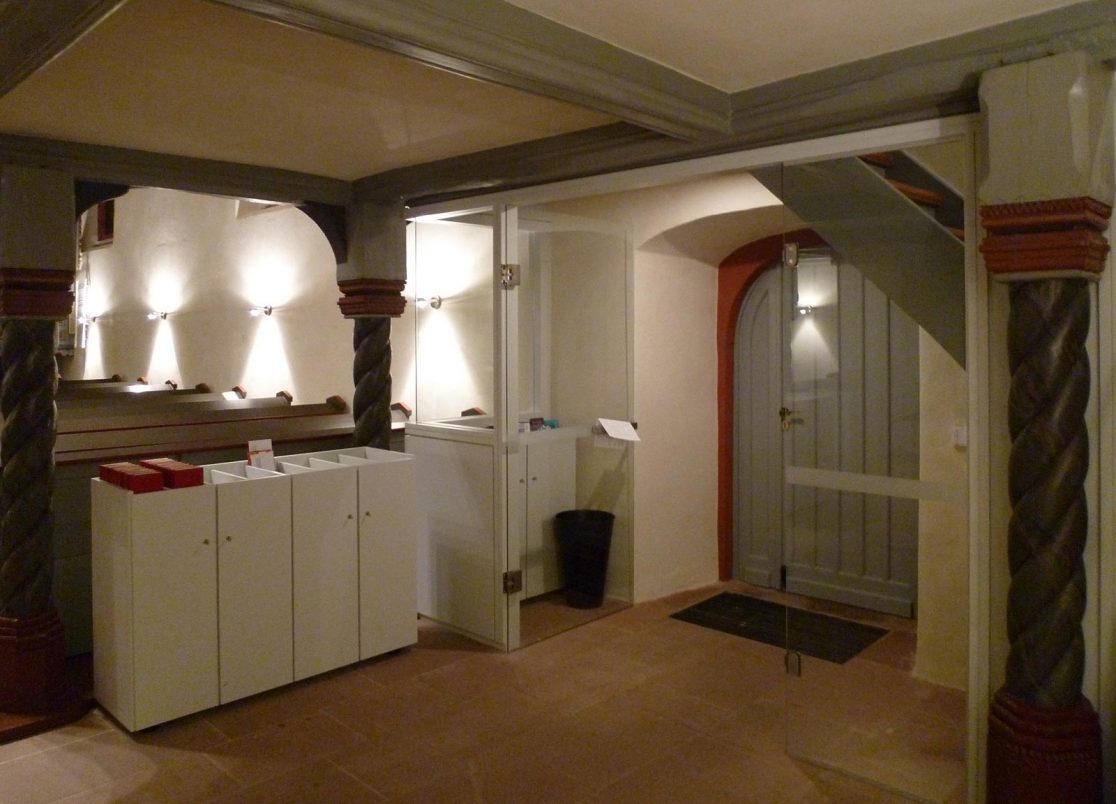 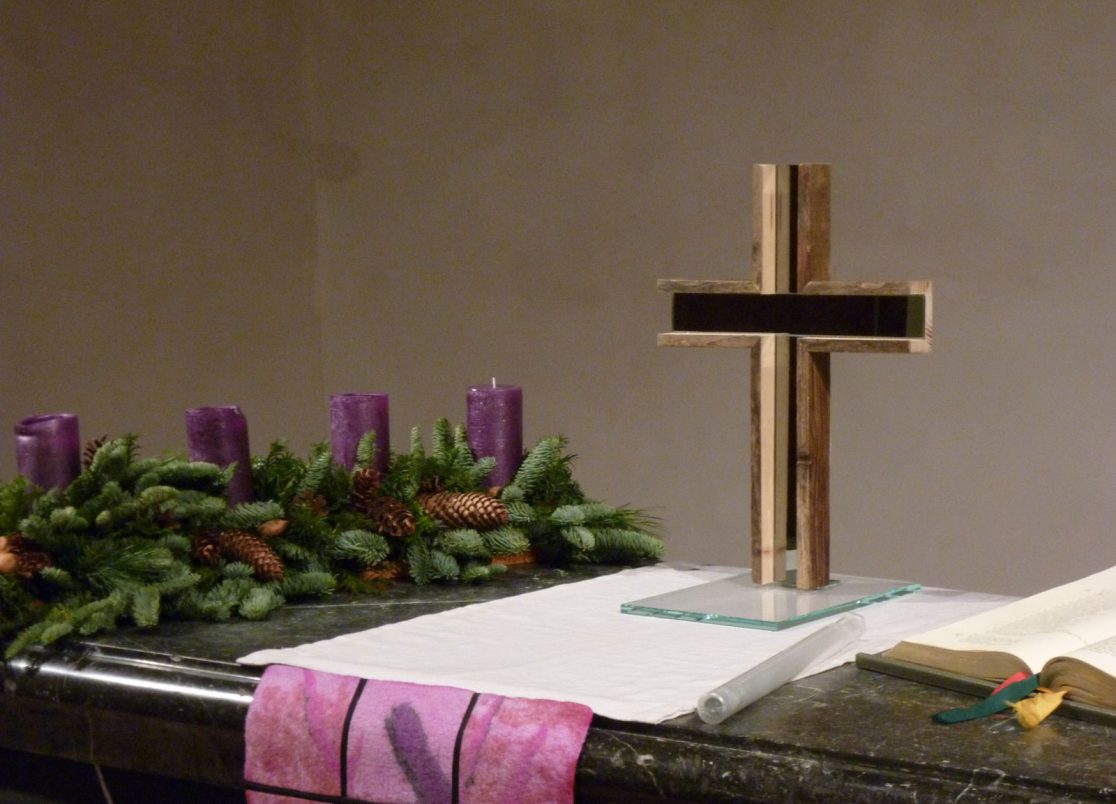