Rehabilitation in accordance with the preservation order

The oldest mosque in Germany was renovated step by step in line with the requirements for a listed building and the project was completed in 2022. Following this, the adjacent imam's house on the site is also to be renovated from 2022 onwards in a manner appropriate to its status as a historic monument.

Completed in 1928, the mosque of the Lahore Ahmadiyya Mosque community in Berlin-Wilmersdorf is considered the oldest mosque still standing in Germany. Its meeting room holds nearly 400 visitors and is located in the Berlin district of Wilmersdorf, south of today's Fehrbelliner Platz.

The mosque has two minarets, each 35 metres high, and a 26-metre high dome with a diameter of 10 metres, and fascinates with oriental elements whose design language is based on Indian models. The building was erected in the Mughal style and does not follow the European architectural style of that time. However, the building materials and technology are adapted to conventional German solid construction, so that the mosque combines exotic influences and German tradition: brick masonry, wooden beam ceilings and a wooden roof construction are combined with decorative crowns, minarets, strong colours in the interior and ornamental stencilling on walls, door frames and columns.

The architect Karl Alfred Herrmann, about whom only little information is known, was entrusted with the design of an even larger central mosque in Charlottenburg before the planning of the Wilmersdorf mosque, but this could not be realised for financial reasons.

In the course of World War II, the minarets, dome and imam's house suffered severe damage. Over the coming decades, sporadic repairs were carried out, some of which, however, resulted in major structural damage. Starting in the mid-1990s, the complex began to be gradually renovated, including the reconstruction of the two minarets.

Since 2014, D:4 has been entrusted with the further renovation of the mosque. Due to necessity, the flat roofs of the dome were first provisionally sealed. With financial support from the Federal Ministry of Culture and the State Office for the Protection of Monuments, the following measures were successfully renovated in the first package:

The Lotto Foundation Berlin has been supporting the project since 2020.

From 2022, the Imam's House will also be renovated in accordance with the preservation order.

Amir Aziz, Imam of the Lahore Ahmadiyya Mosque community of the Wilmersdorfer Mosque in Berlin, says the following about the cooperation with D:4 regarding the renovation:

"We appreciate the keen interest shown by them in completing the first phase, and the skill and diligence shown by the chief architect and the rest of the staff, who kept a constant watch over the work. They have been holding constant discussions with the imam of the Mosque and the Executive Committee and that has added quality and strength to the renovation work.

The Wilmersdorfer Mosque is pleased about donations for the renovation measures to the following donation account: 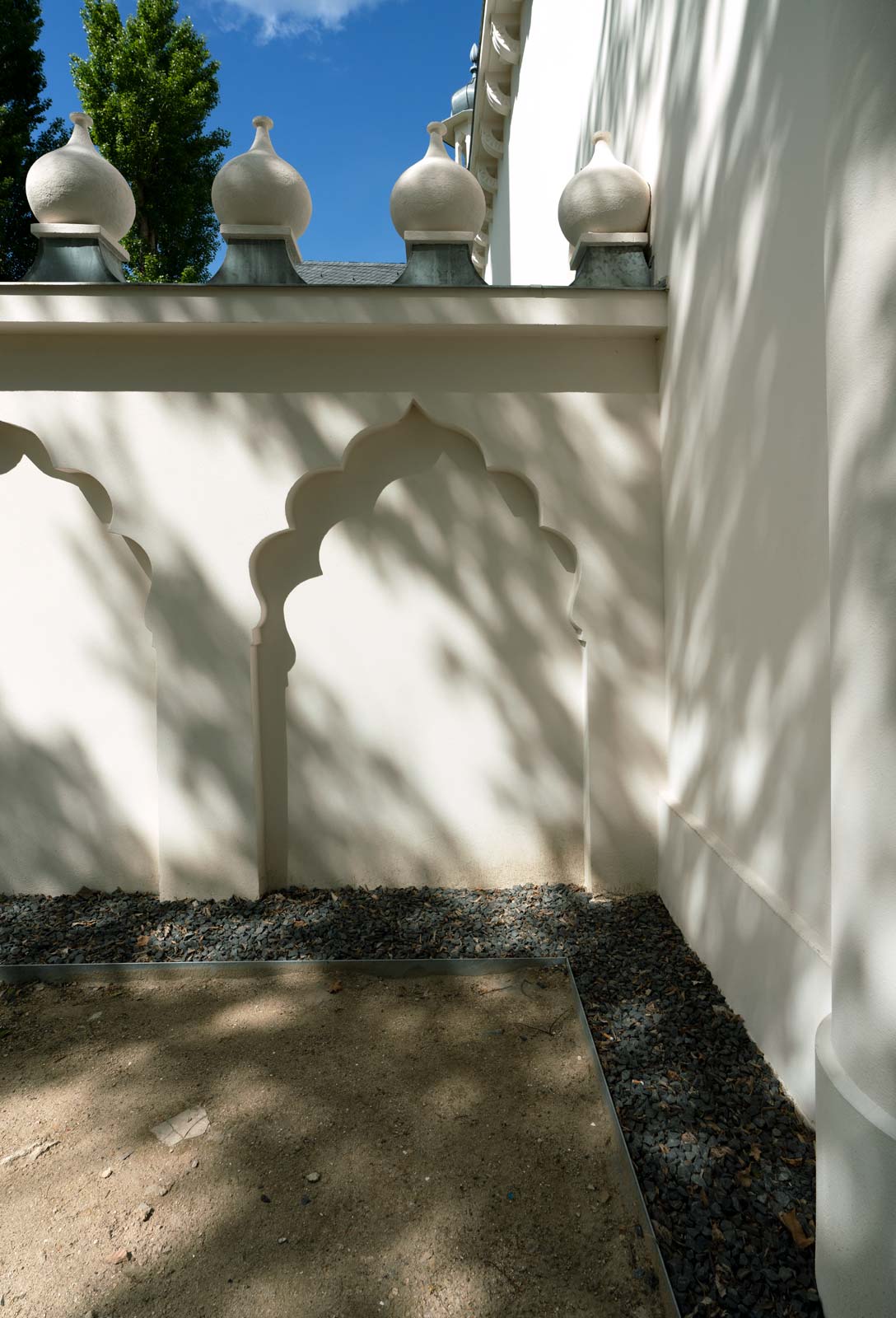 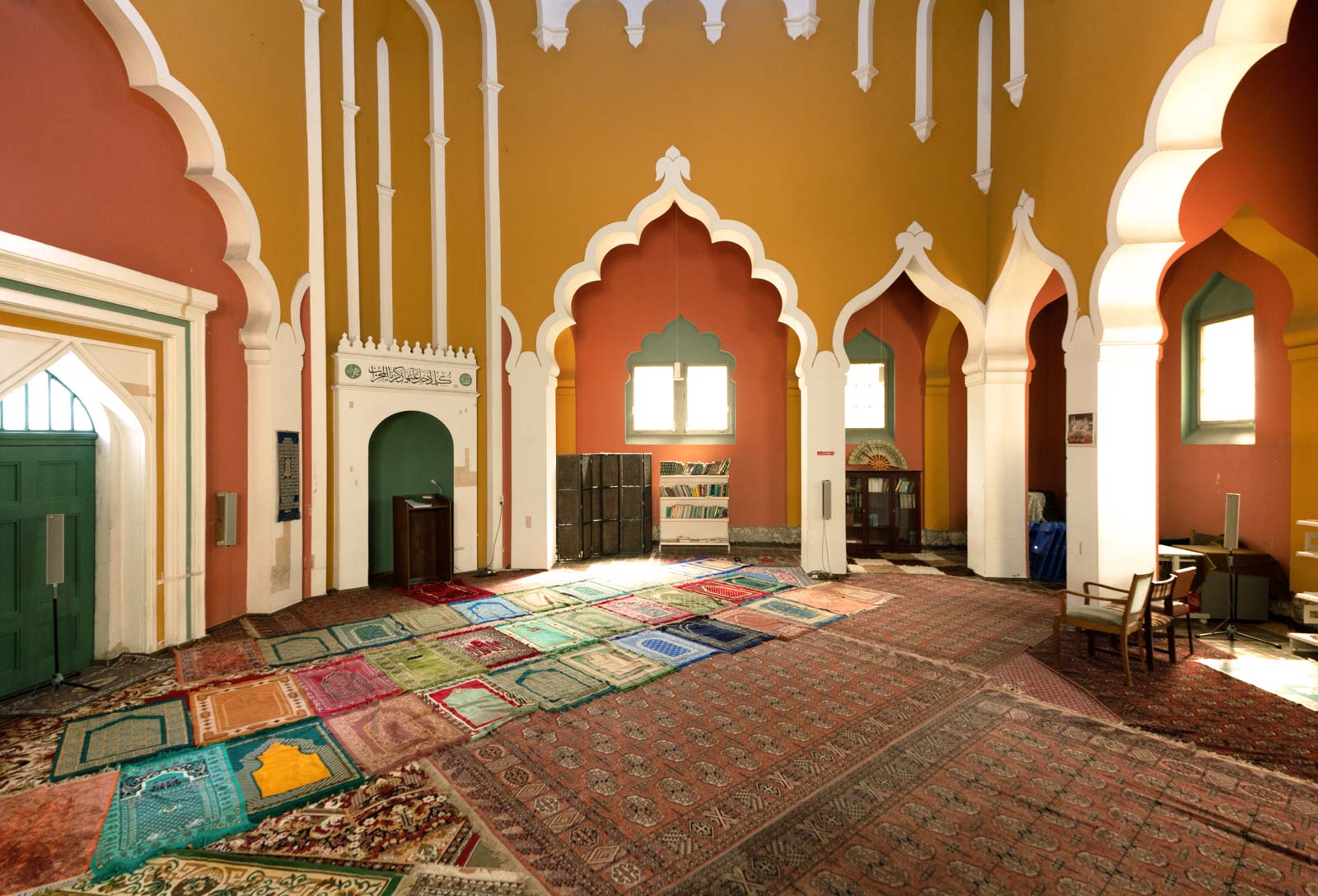 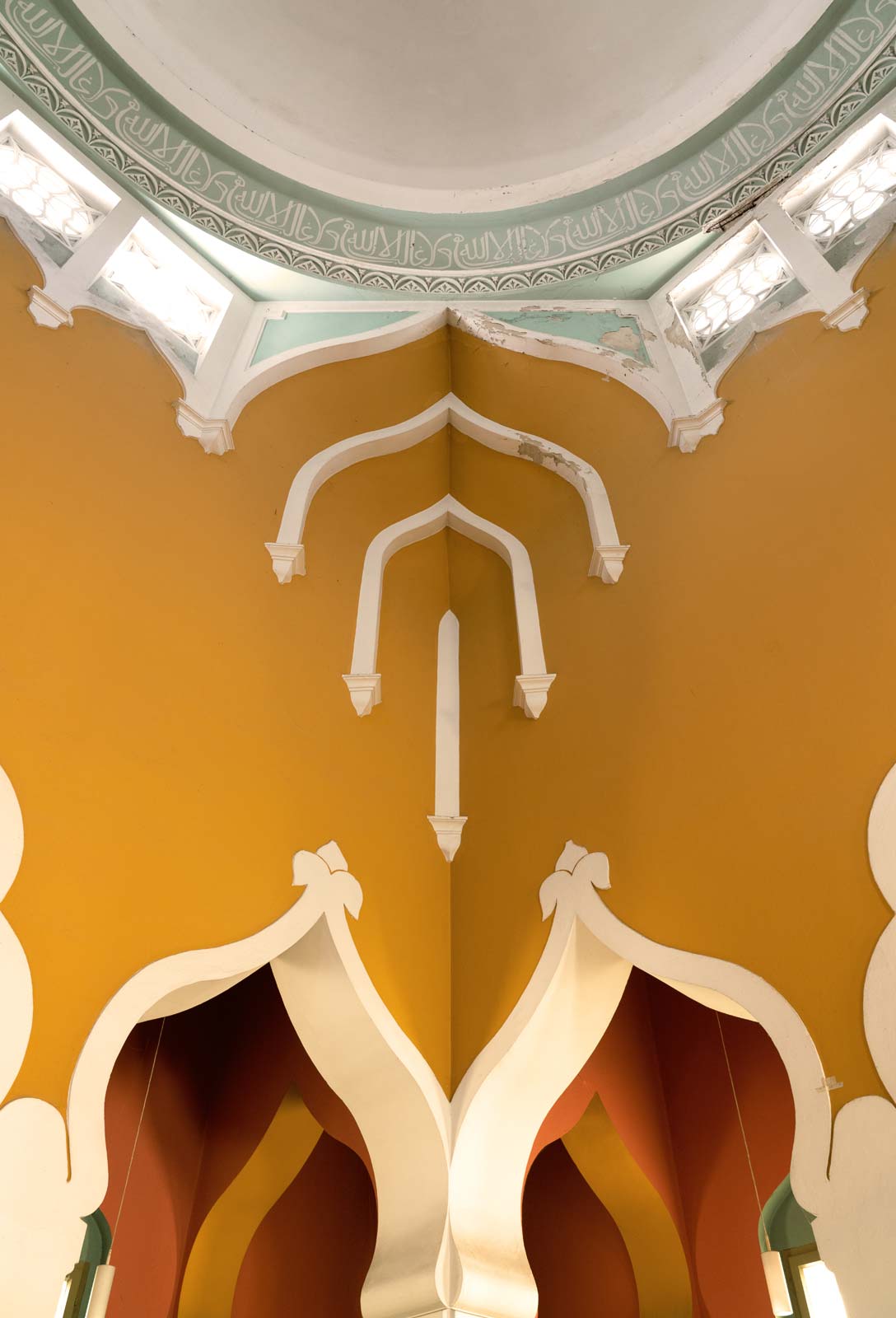 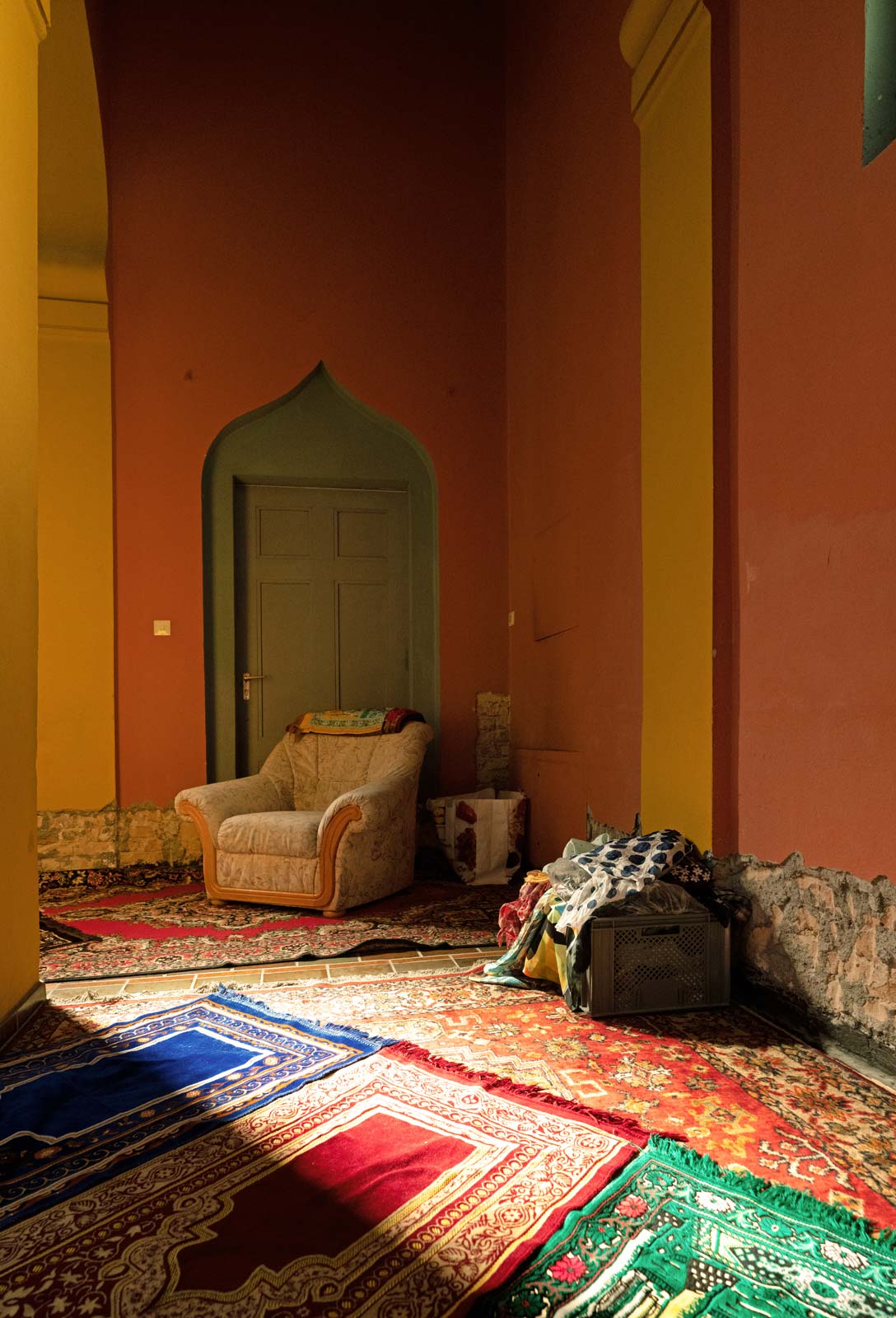 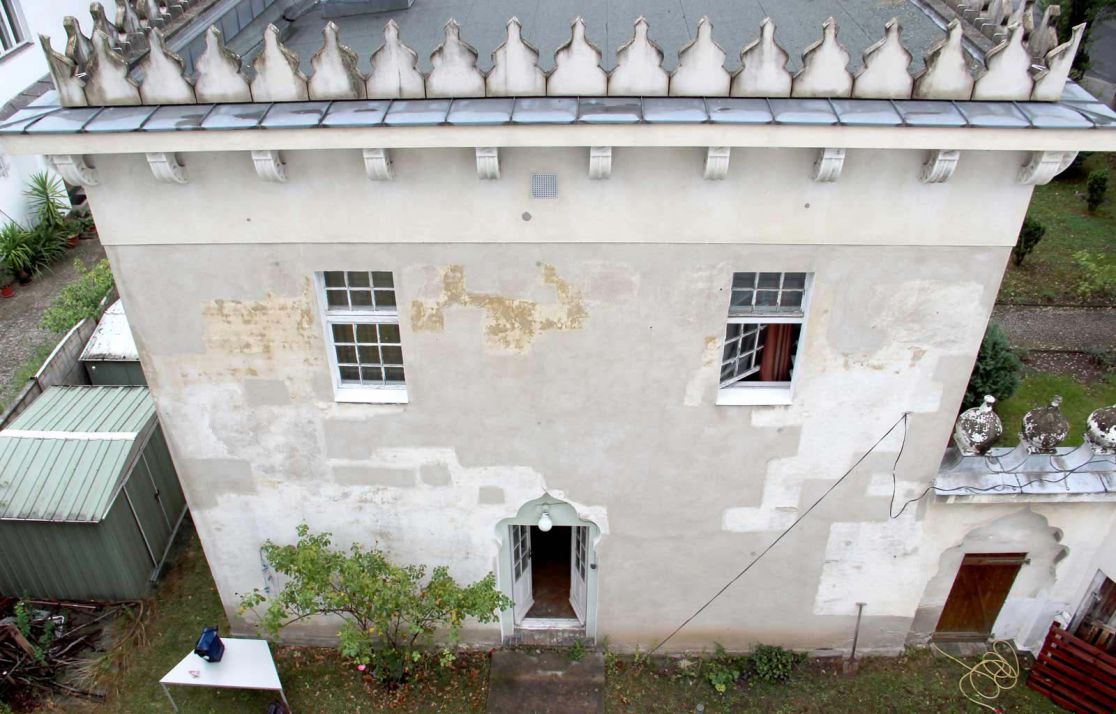 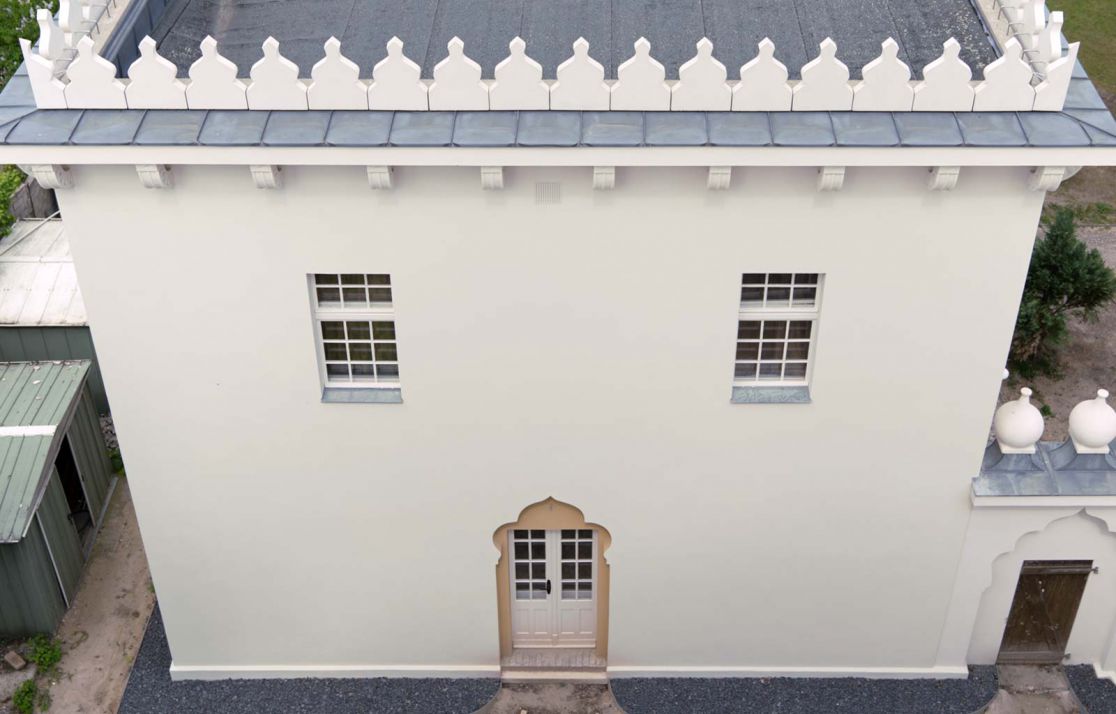 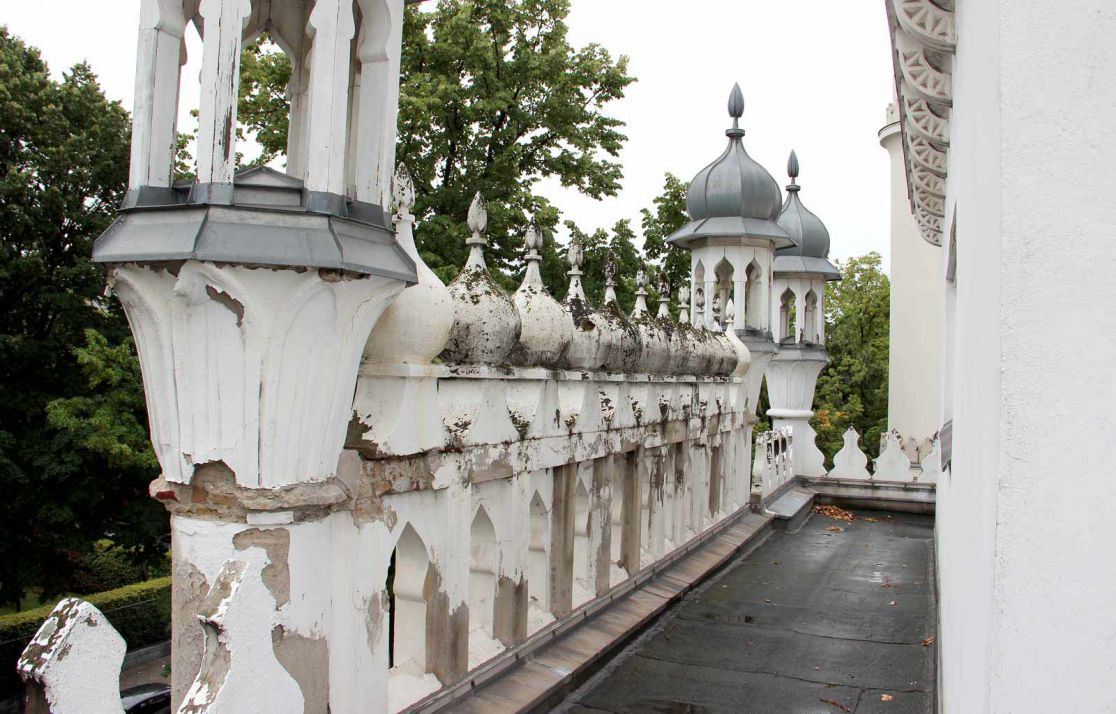 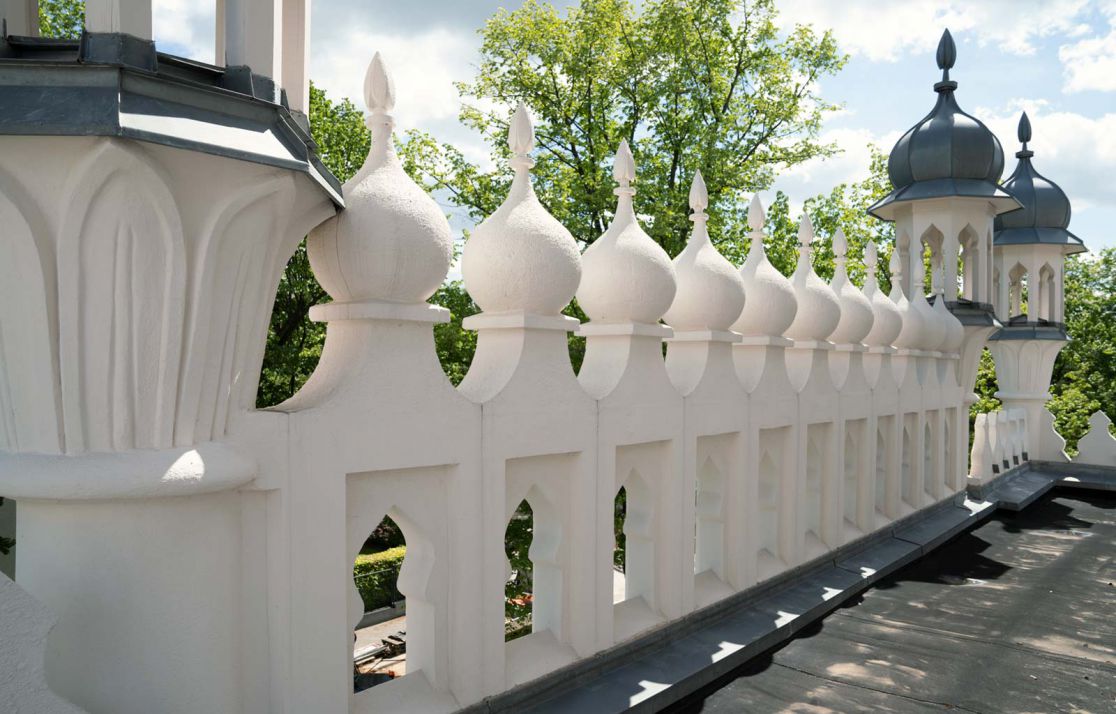 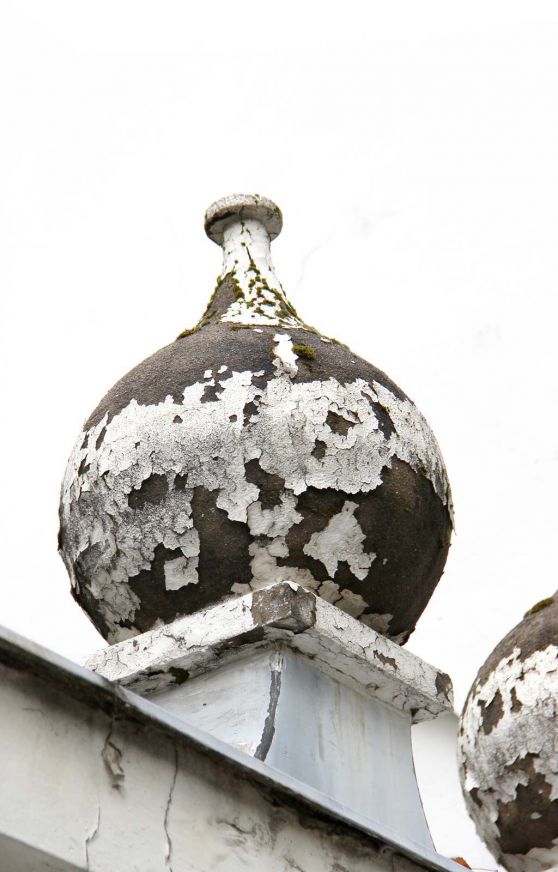 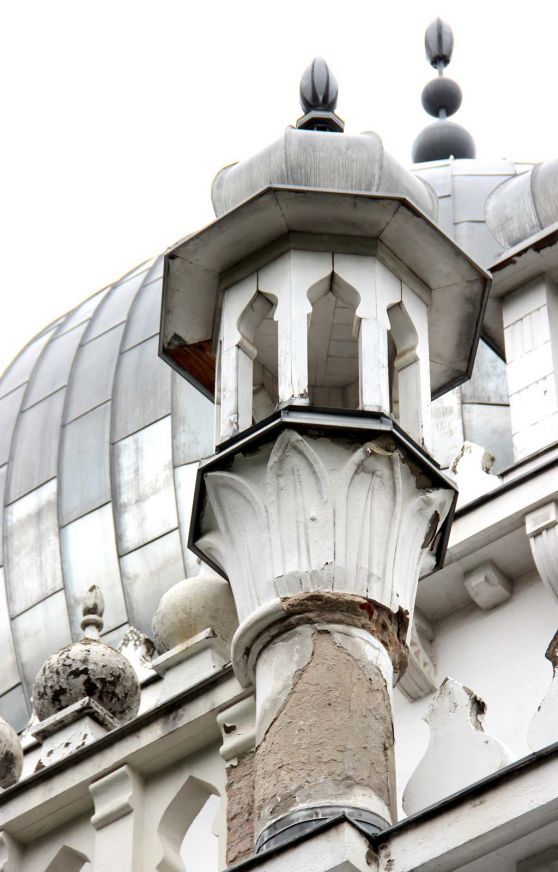 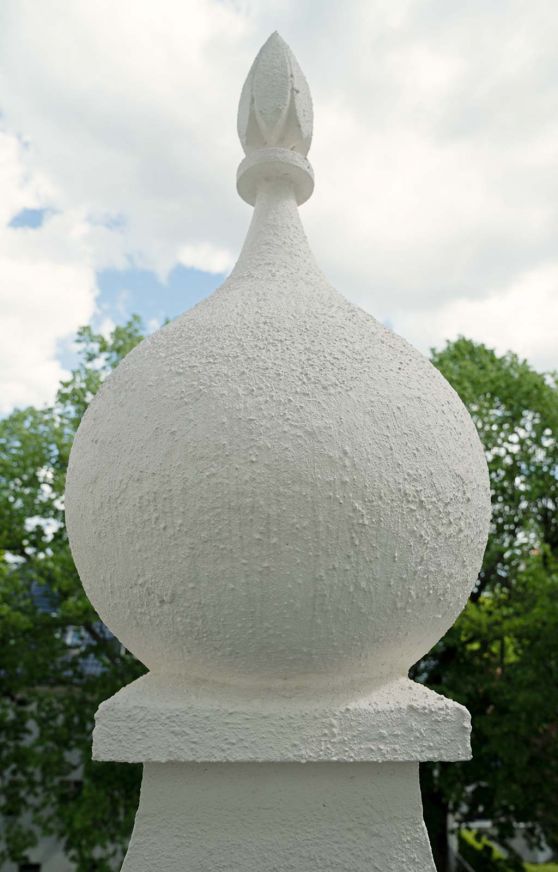 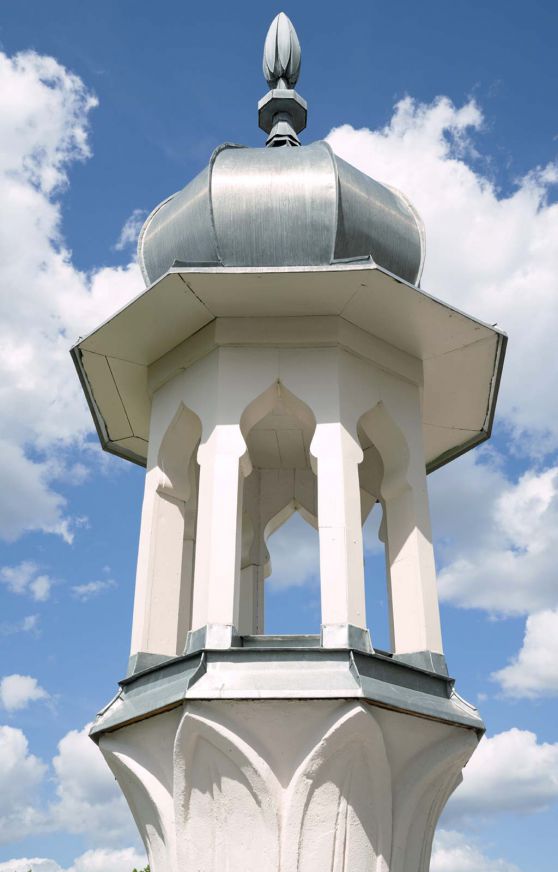 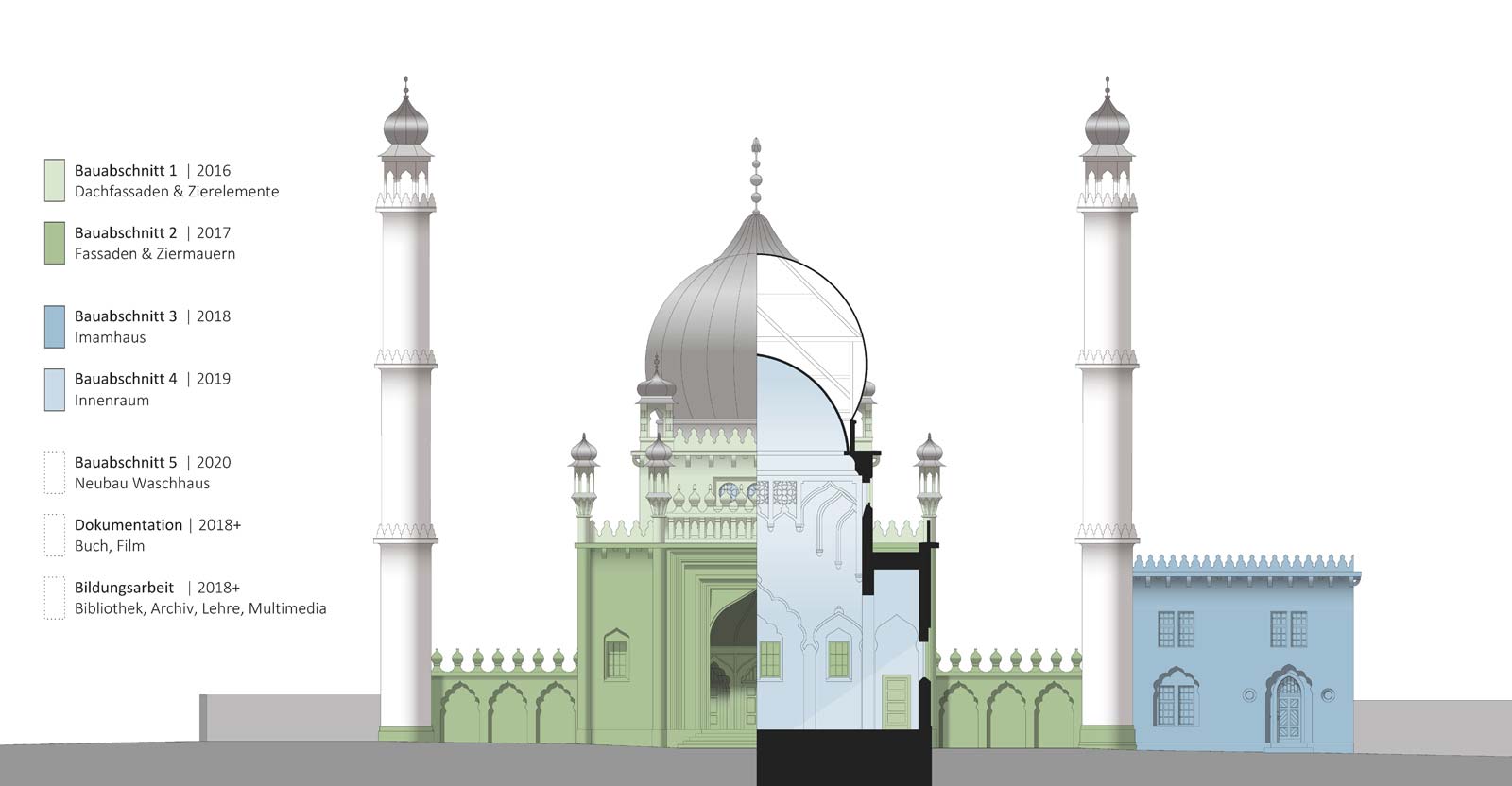 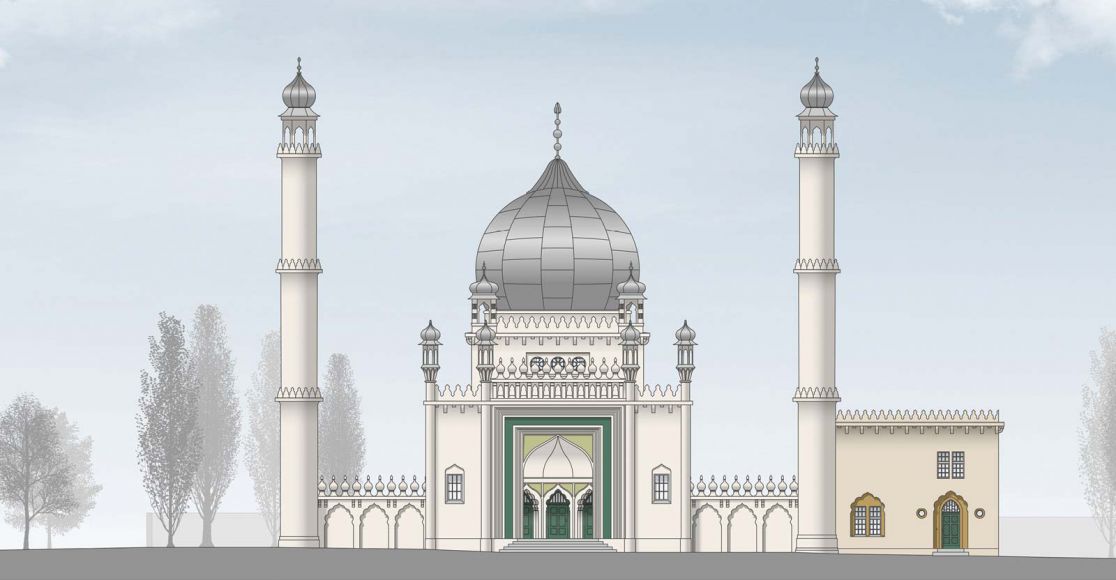 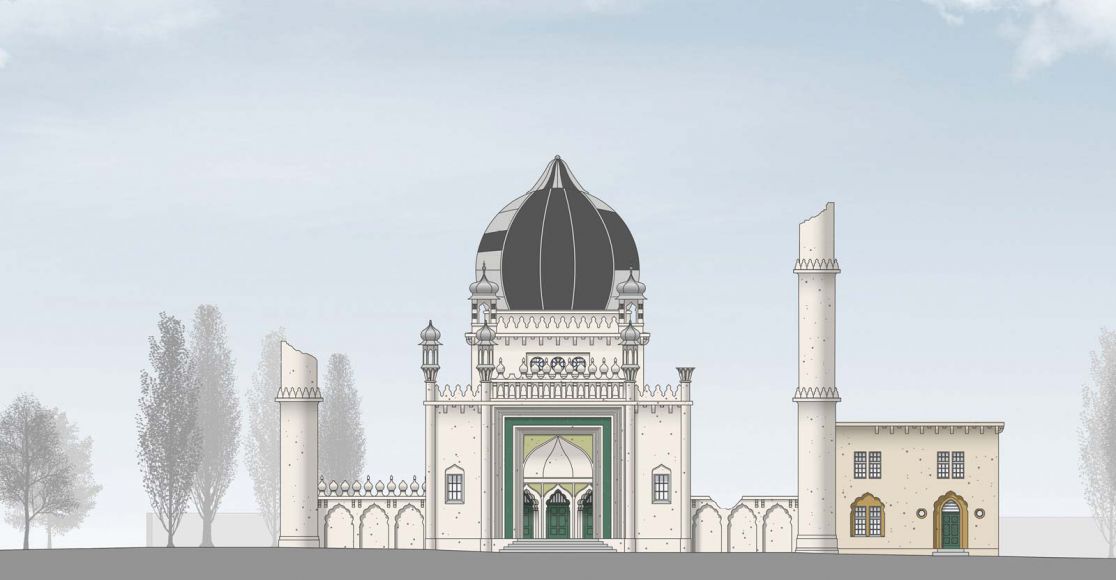 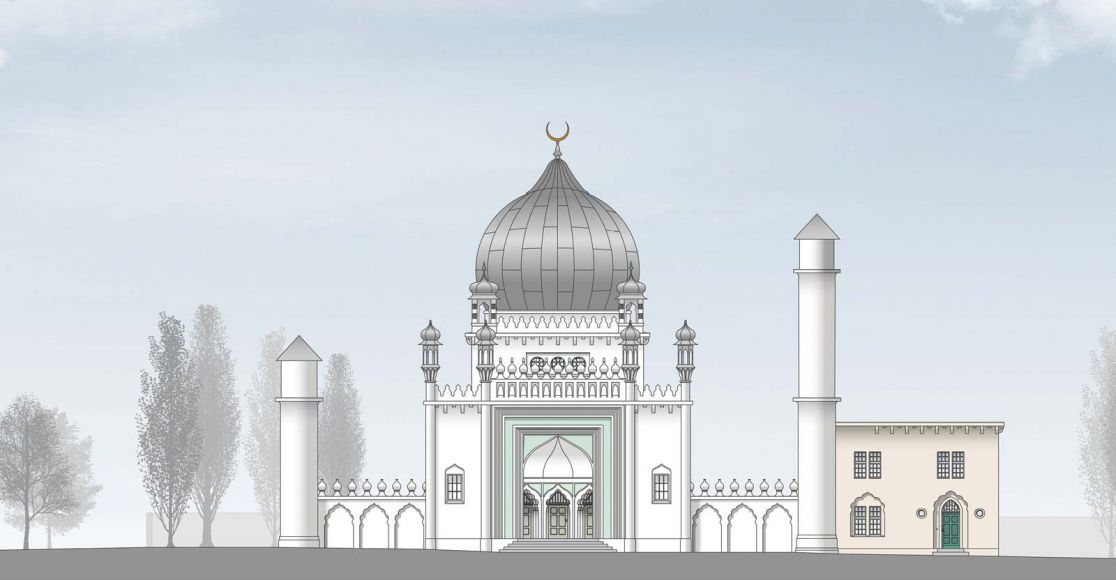 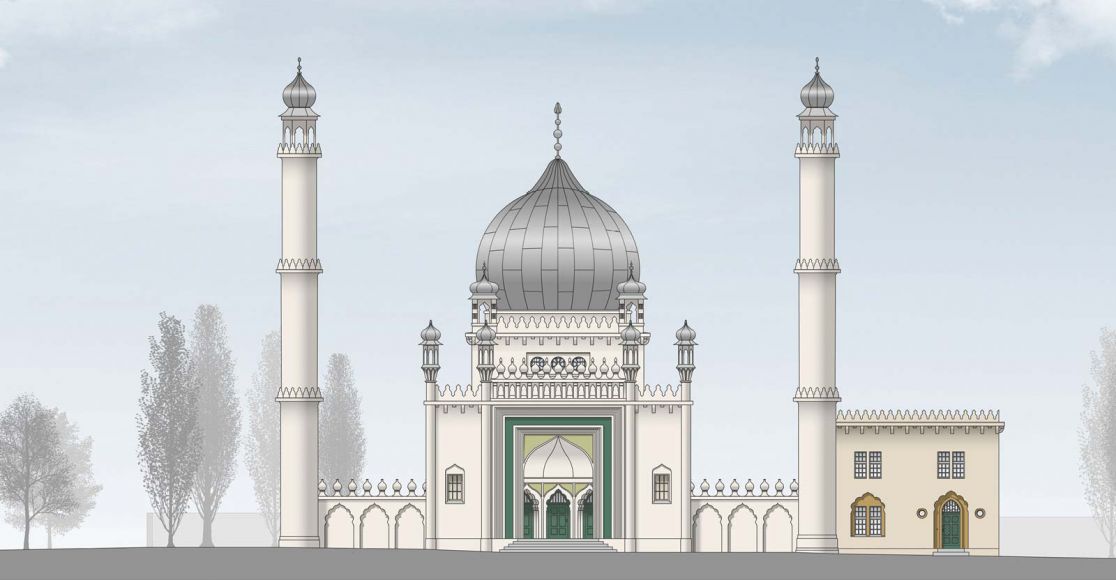