The congregation hall of the Twelve Apostles Church was built between 1965 and 1967 in the north of Berlin-Schöneberg. It was designed by the architect Ludolf von Walthausen, who planned numerous church buildings, residential buildings and schools in Berlin. In direct connection to the old building of the parsonage not far from the Twelve Apostles Church, he designed a four-storey extension, which was adapted to the old building in terms of cubature and material. At the corner of Kurfürstenstraße and the Apostelkirche, a two-storey building with a spacious congregation hall on the upper floor was also created, which is connected to the multi-storey new building. With facades made of concrete curtain wall elements, the hall building was given a contemporary design and set an accent on the street corner towards the church forecourt. The new buildings of the 1960s are not listed buildings.

In the meantime, the parish hall of the Twelve Apostles' Church is in great need of renovation. Over the years, numerous social services have been established in addition to its use by the congregation, which are an important factor in the tense neighborhood. These growing uses can no longer be optimally integrated into the existing structure of the church building. There is a lack of additional space as well as of possibilities to separate areas in order to enable an ideal utilization of the building.

In a regular exchange with the community, various options for restructuring, expansion and new construction were discussed. The conversion of the existing building in connection with a two-storey extension was favoured and worked out as a preliminary draft. In the next step, the design approach will be reflected in a workshop with the users. 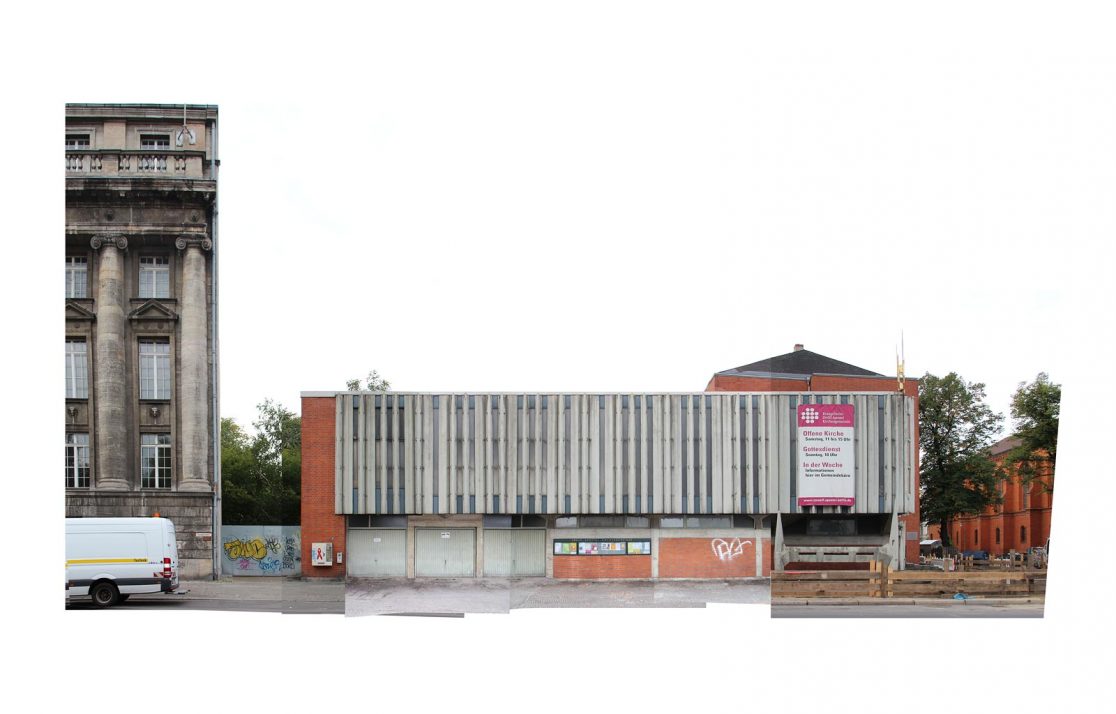 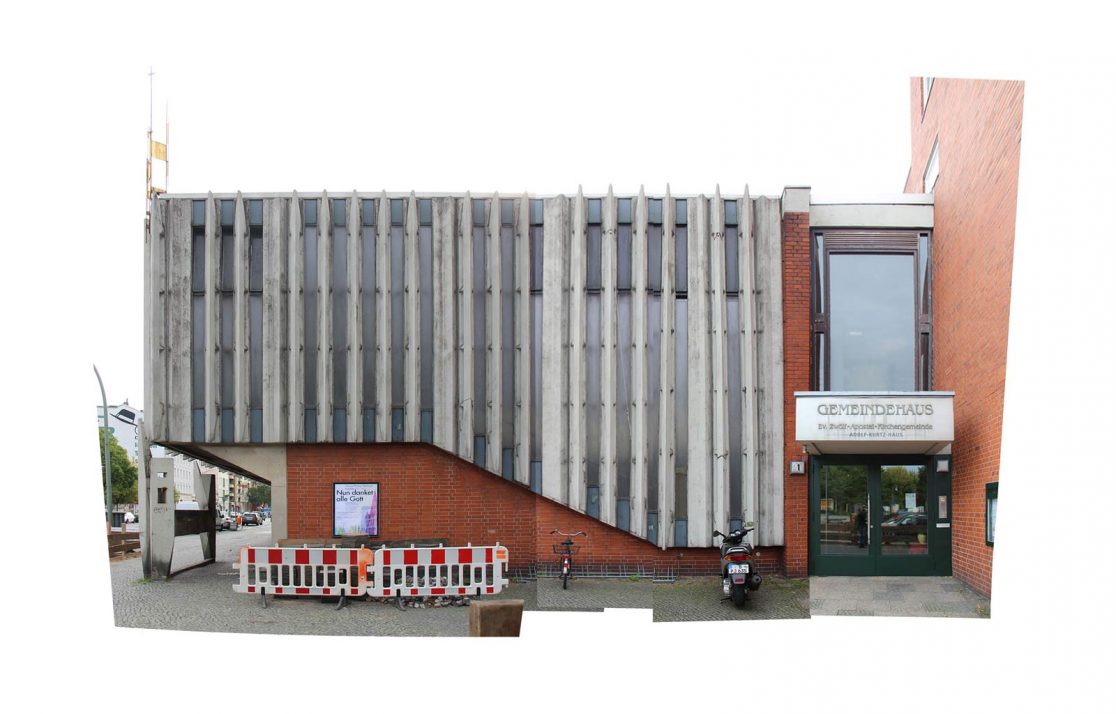 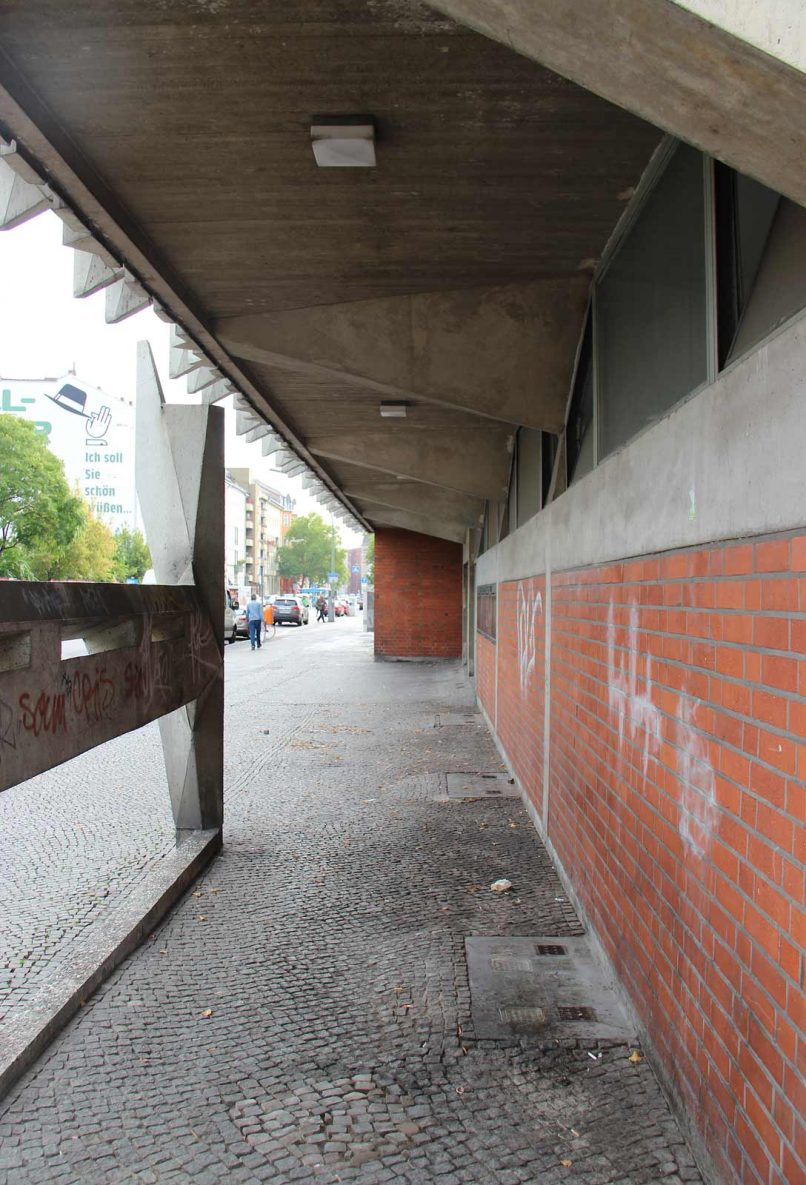 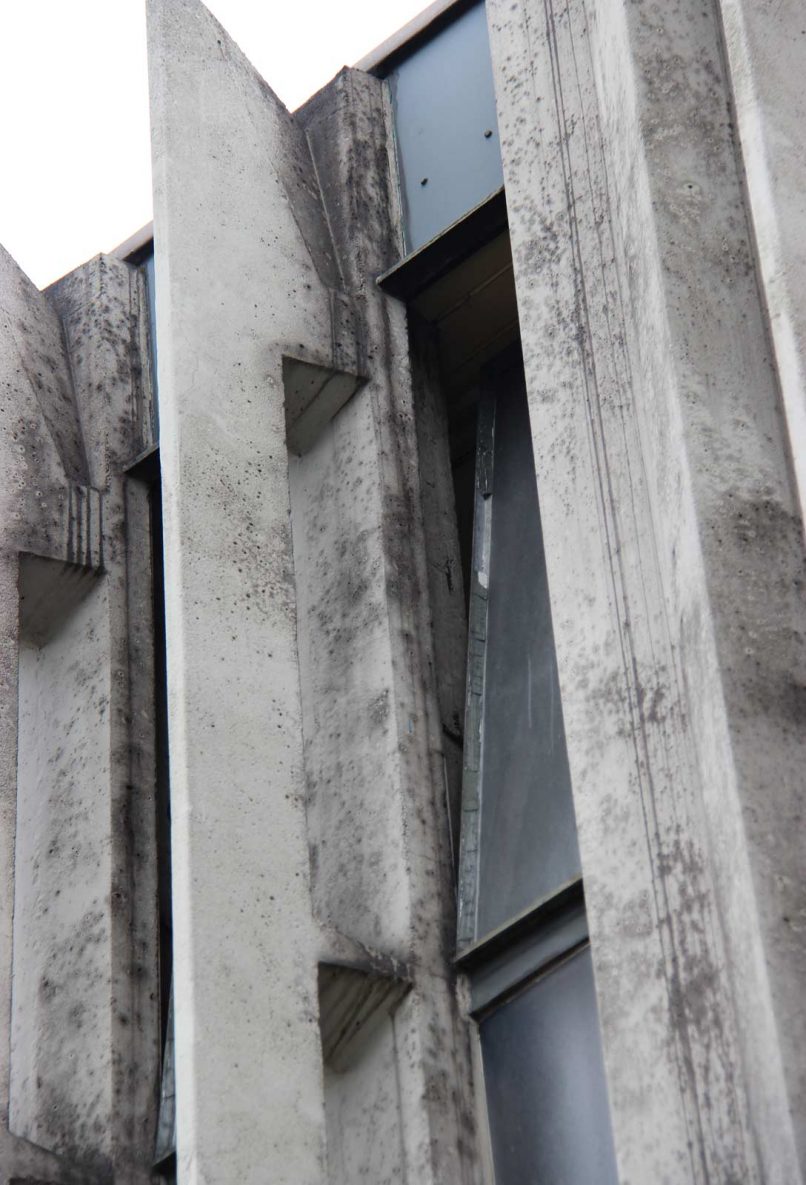 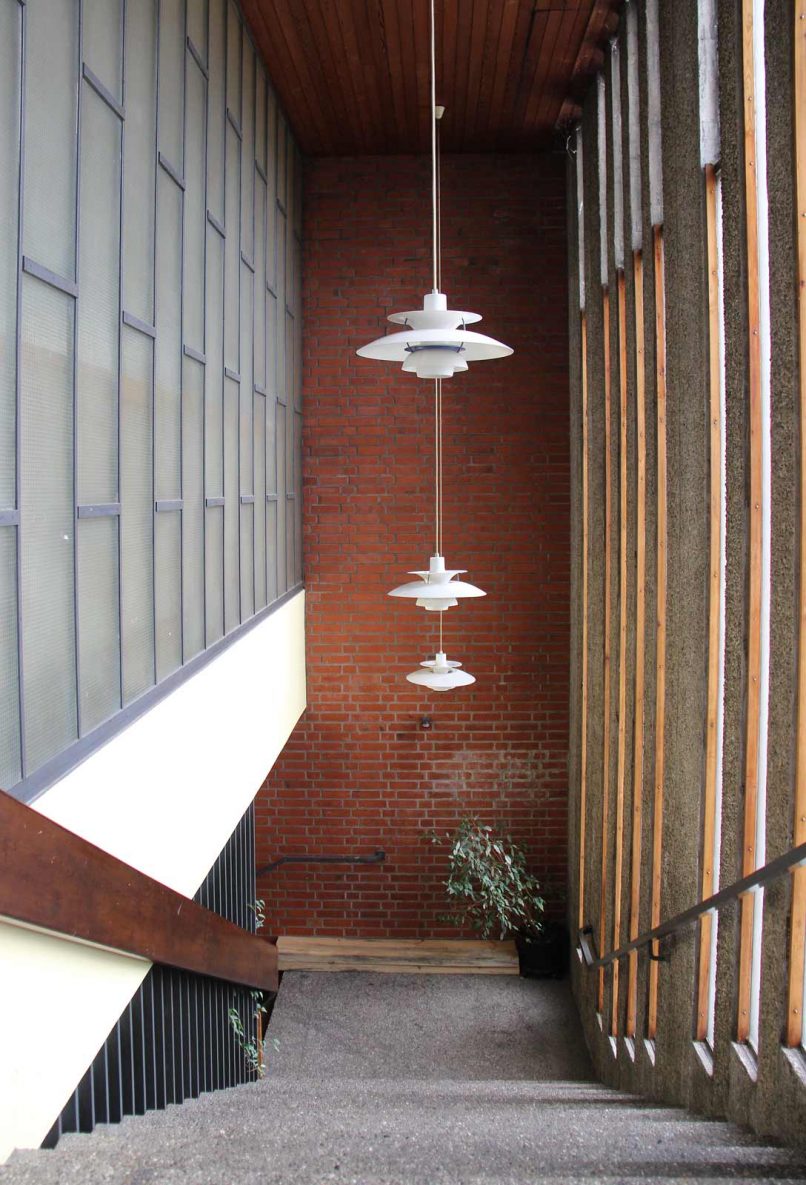 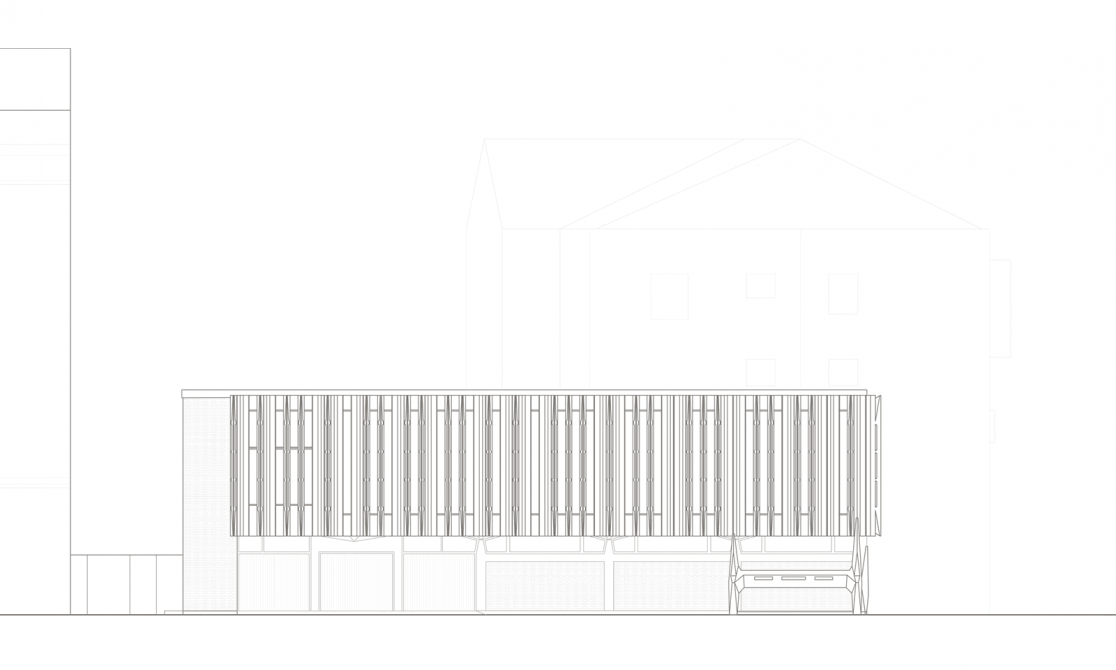 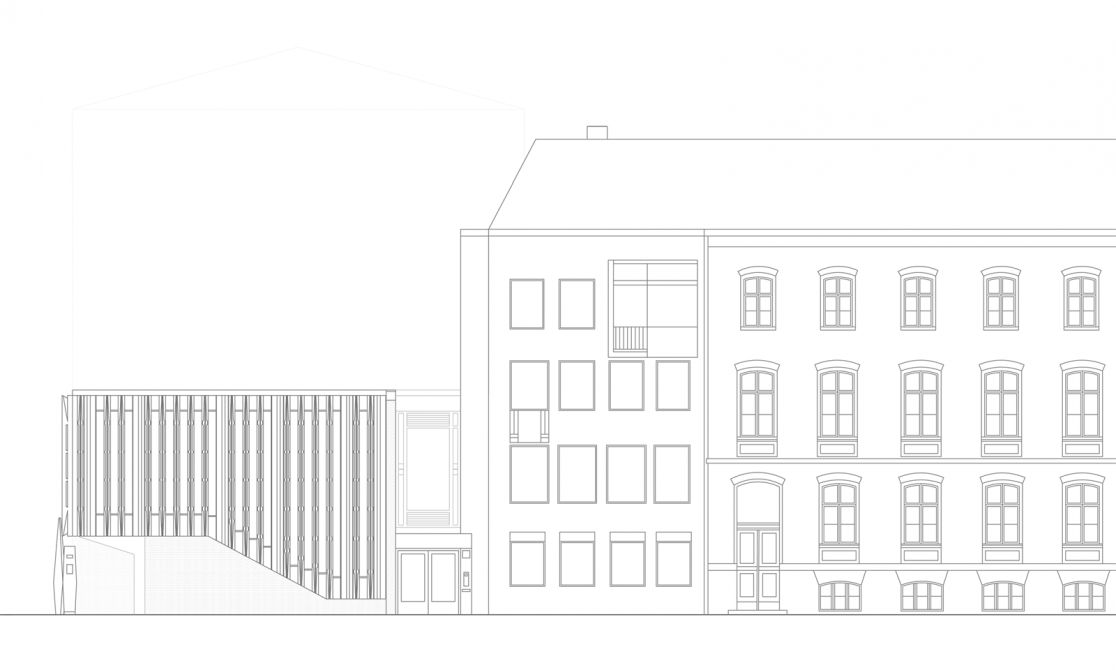 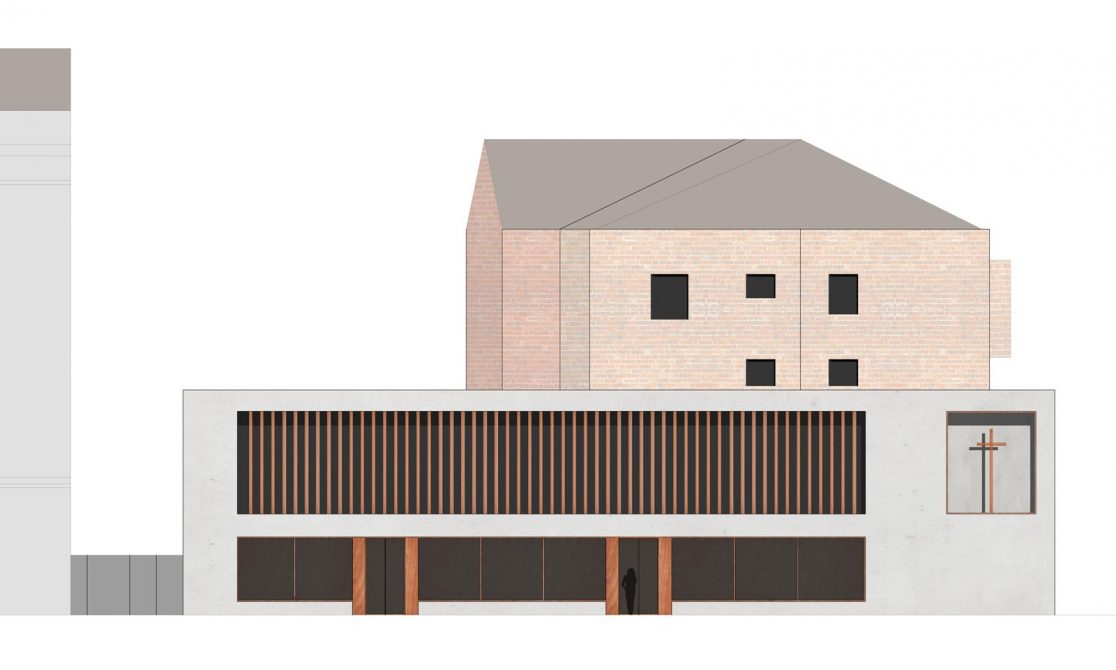 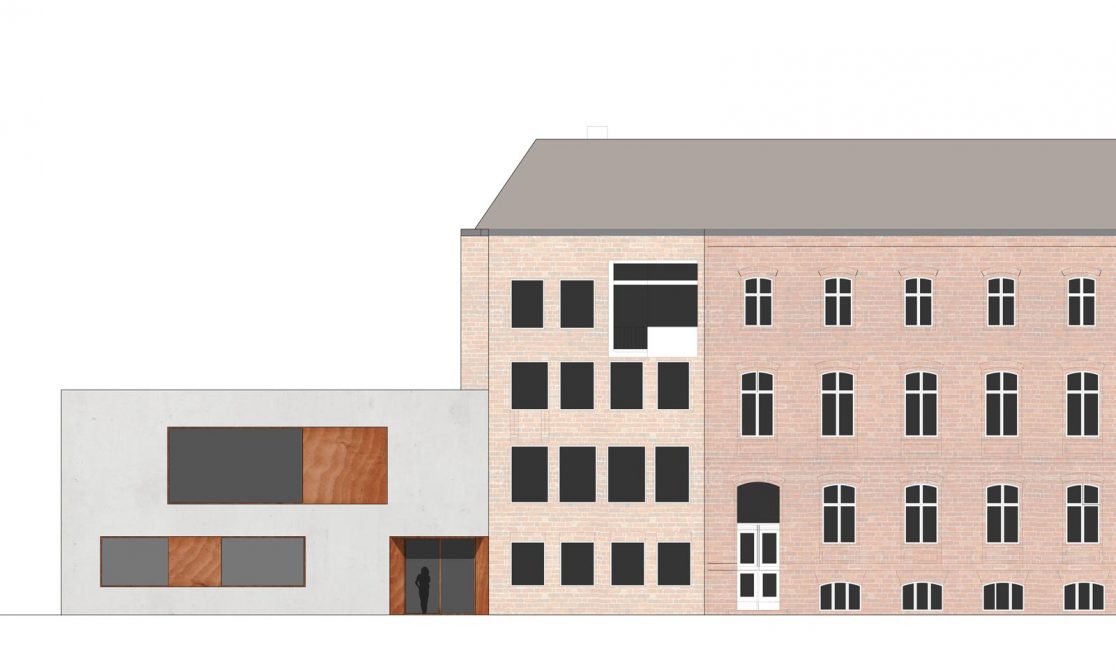 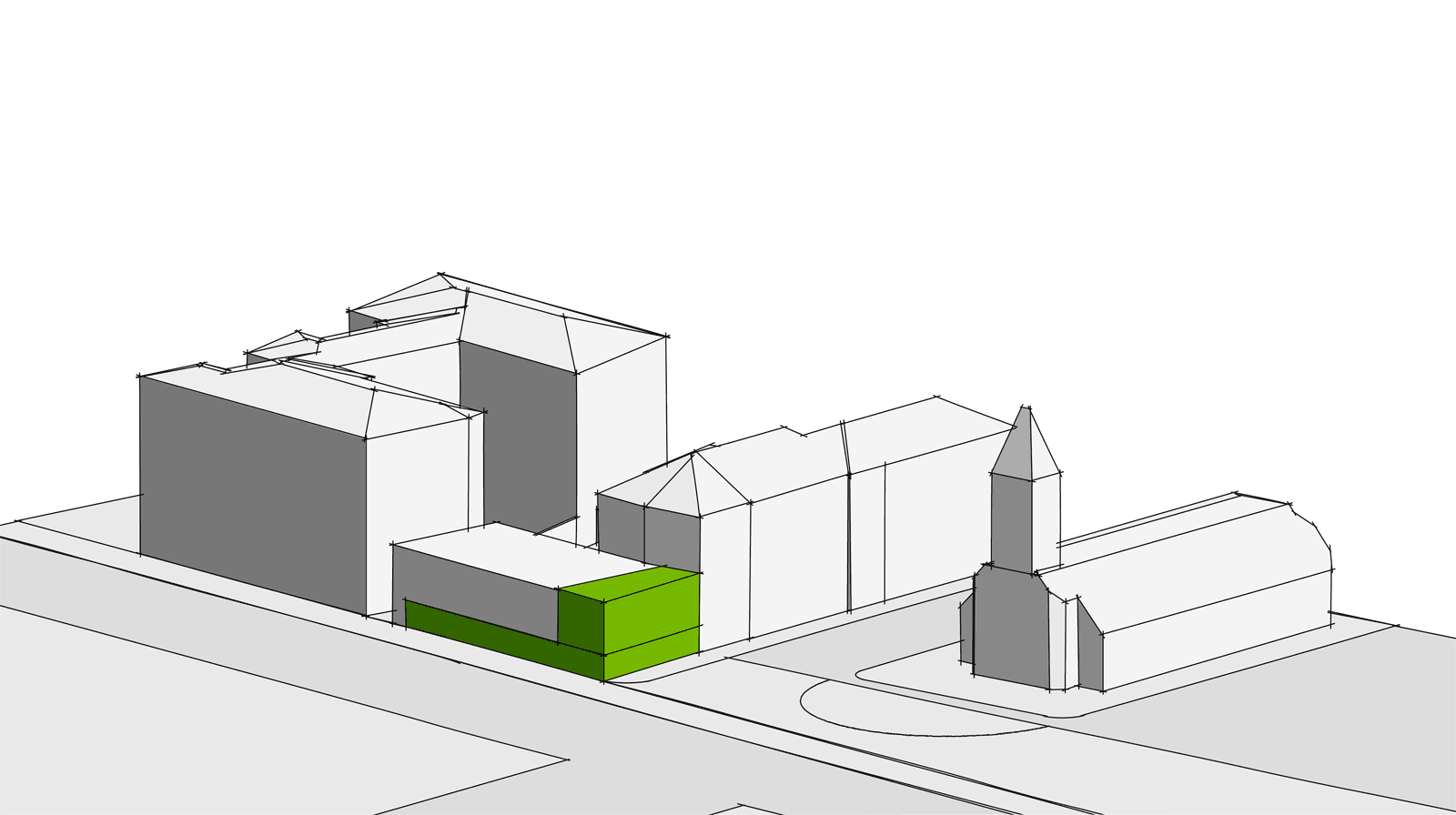 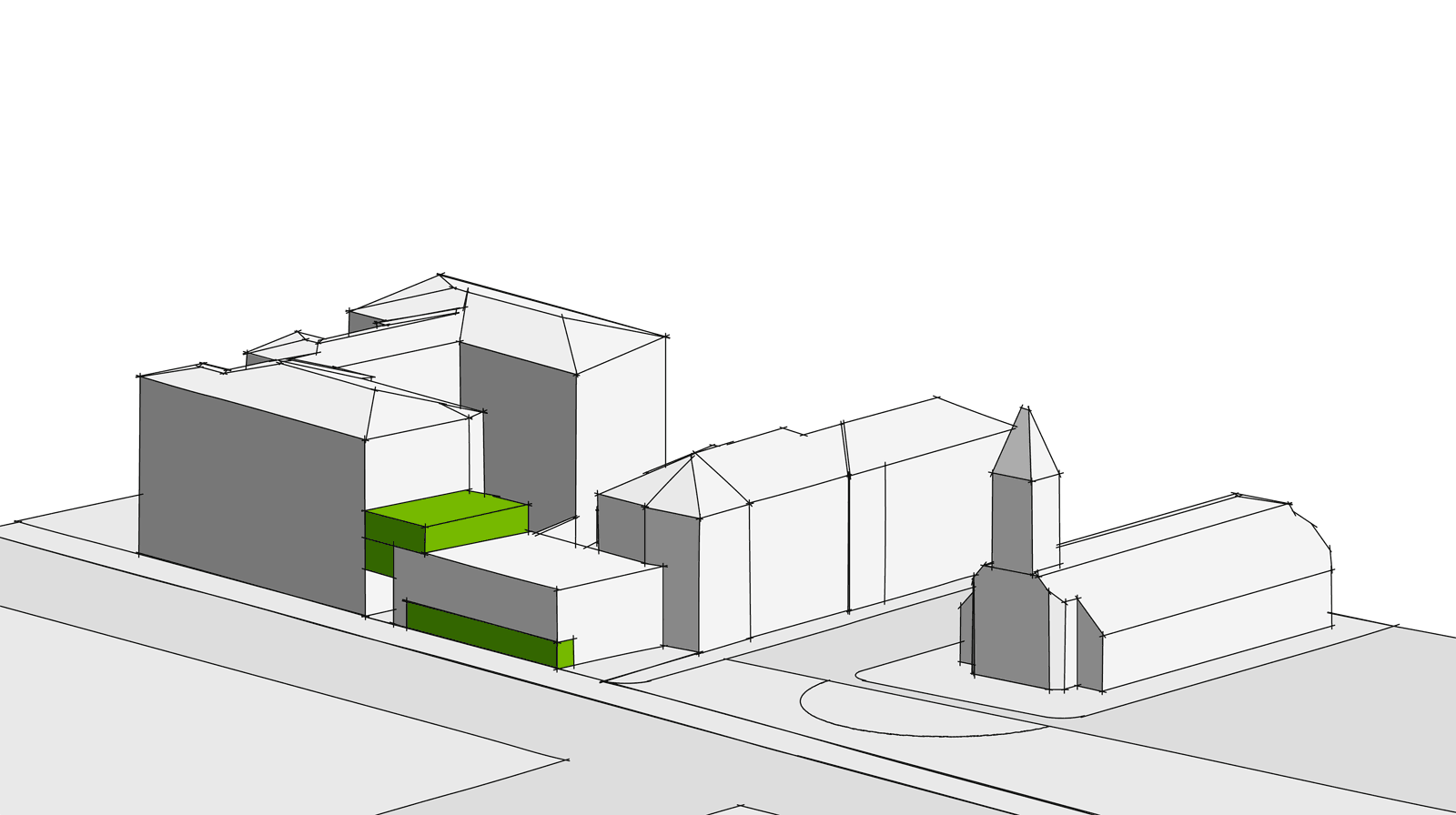 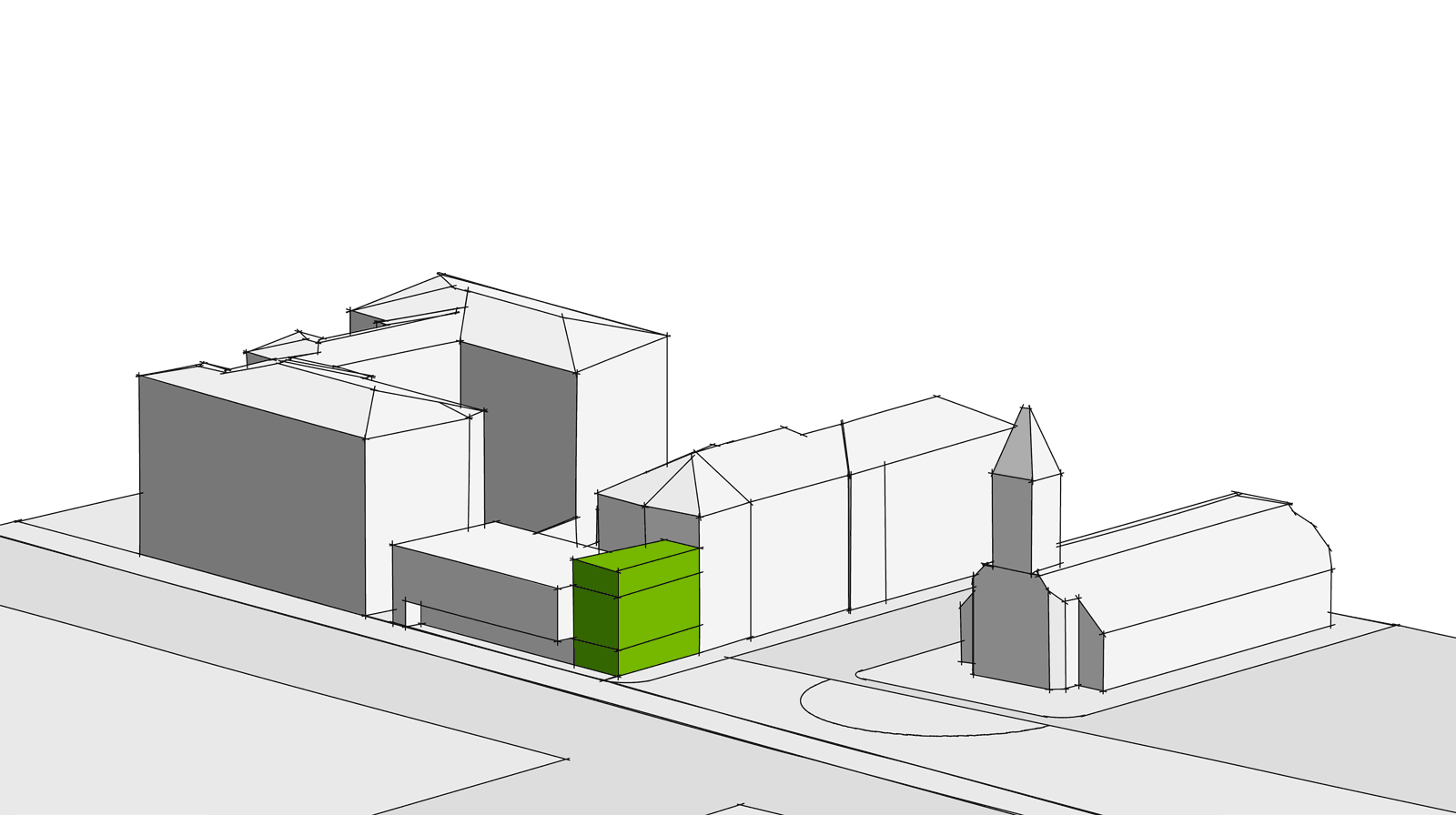 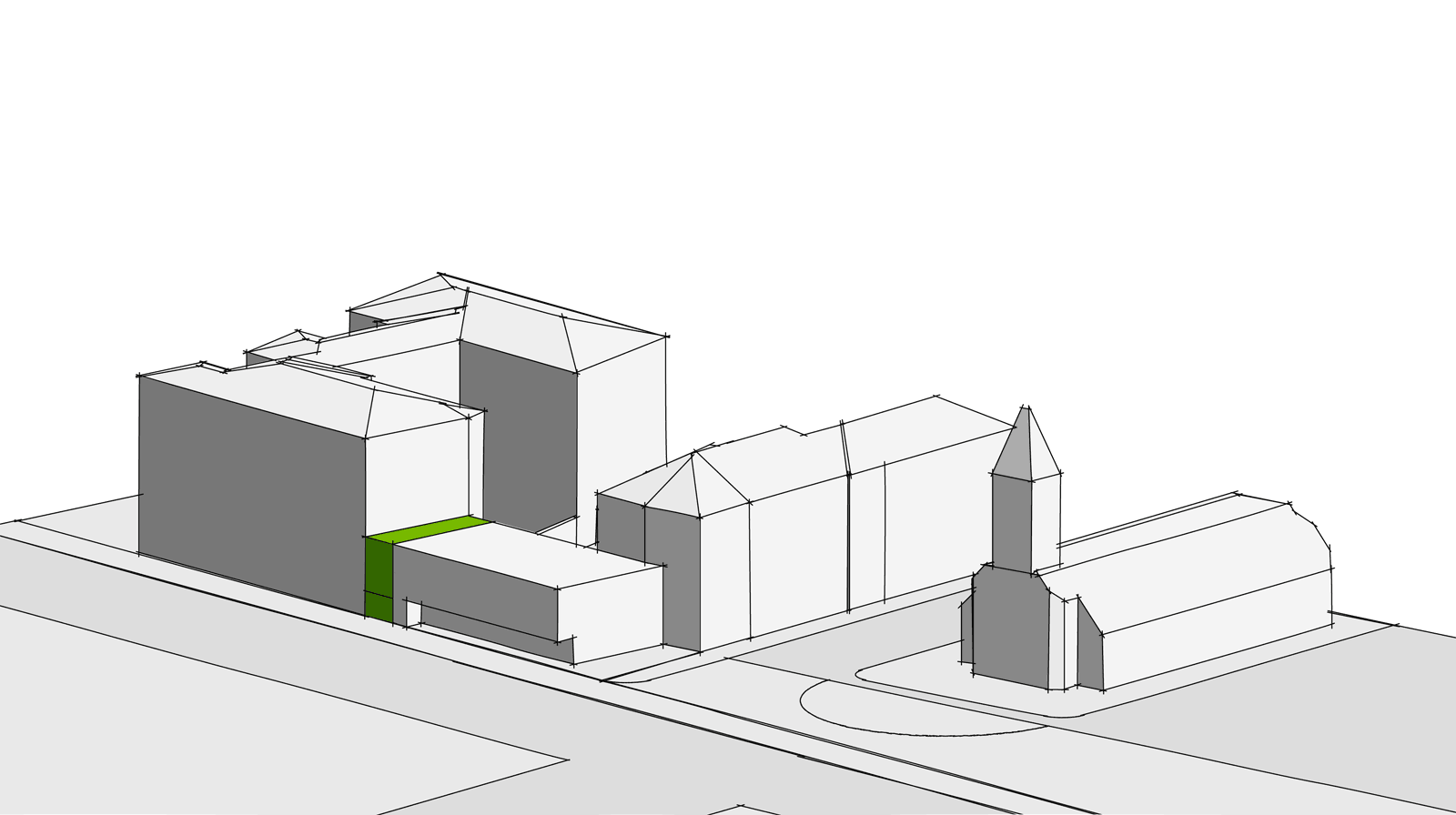 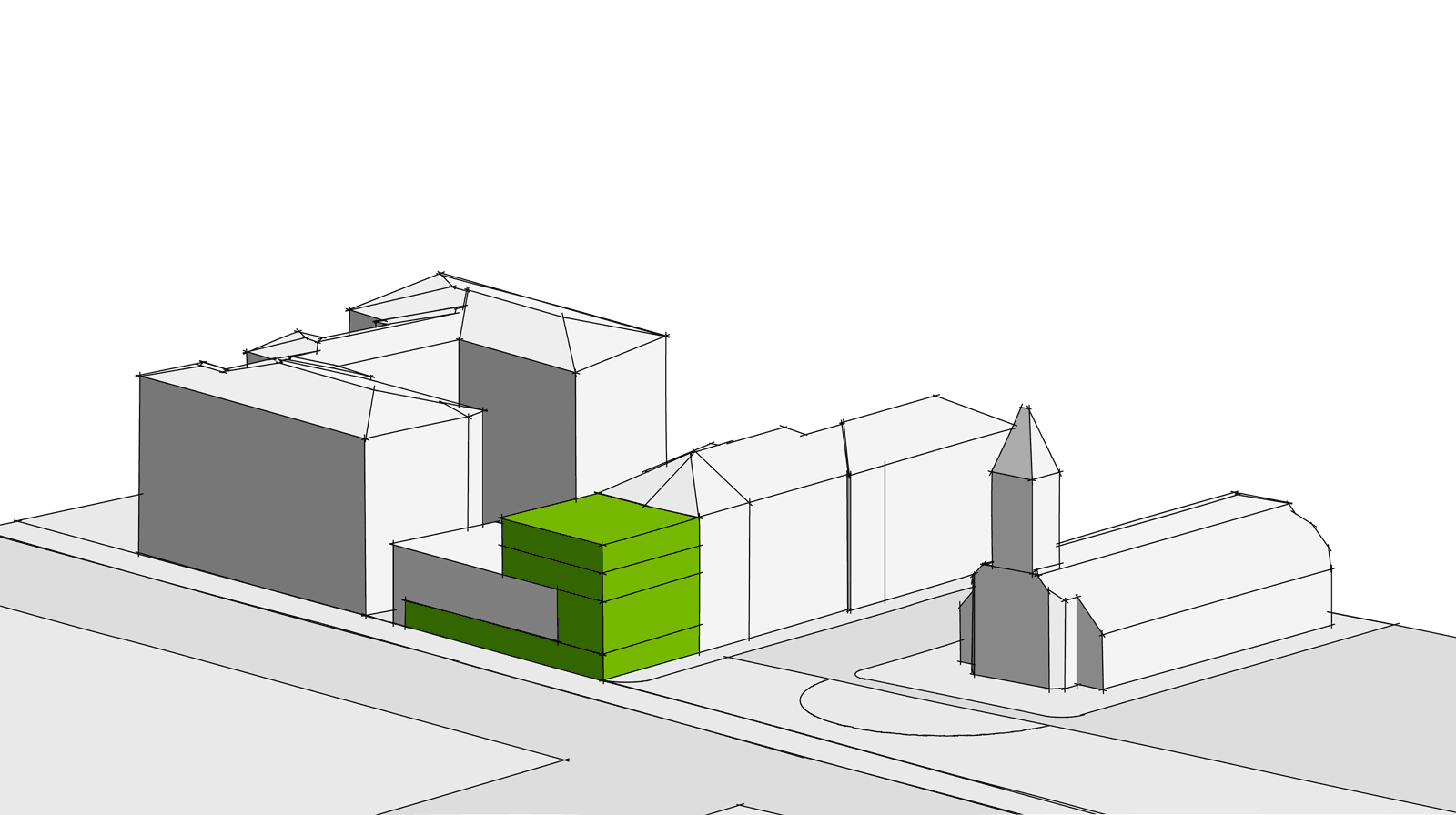