For the Evangelical Church of the Resurrection in Rotenburg a. d. Wümme, D:4 renovated the kindergarten.

As part of the package of measures, the kindergarten "Kinderarche" was renovated and modernized in two phases. In the construction phase of the project, sanitary facilities as well as windows and doors were first reworked. Due to an unexpected asbestos find, the interior ceiling and wall cladding was also energetically renovated and the floor was replaced. In the design phase, play areas and cloakroom areas of the kindergarten were renewed.

The rooms were designed in a contemporary manner and according to the latest pedagogical findings.

A modern shelving system in a strong red tone now divides the wardrobe area into different sections: At the entrance there is now the possibility of a central meeting place, at the back of the cloakroom the children find space to retreat. The shelving system allows the small users to individually design their own area with adjustable boards, hooks and drawers and to adapt it to their size.

The game zones differ from each other in the colouring and design of the game elements, so that no game area is the same as another.

Likewise, the sanitary facilities and sleeping areas of the "Children's Ark" are designed in a well thought-out colour concept that corresponds to the respective use.

The equipment of the kindergarten is both functional and modern. 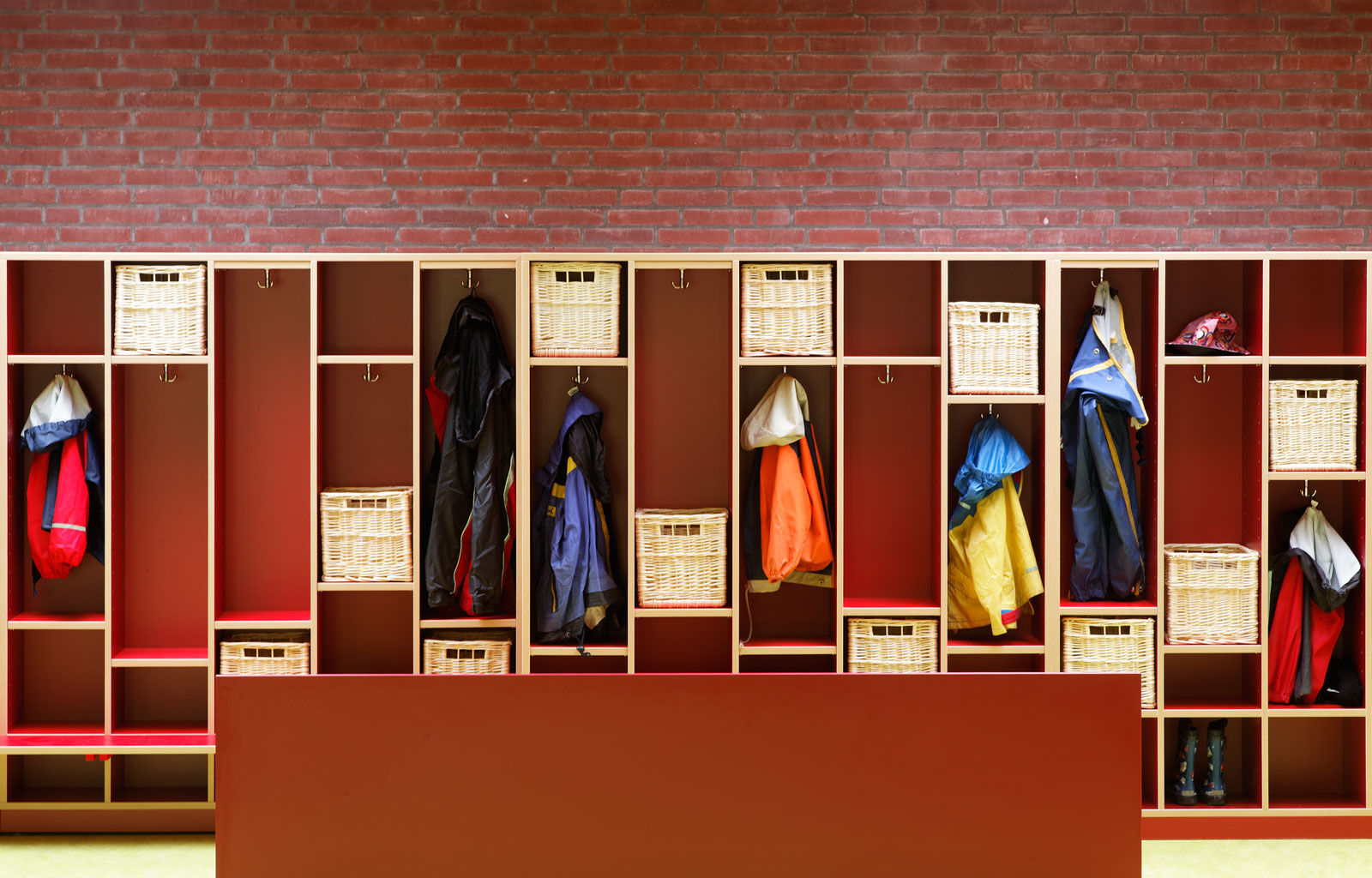 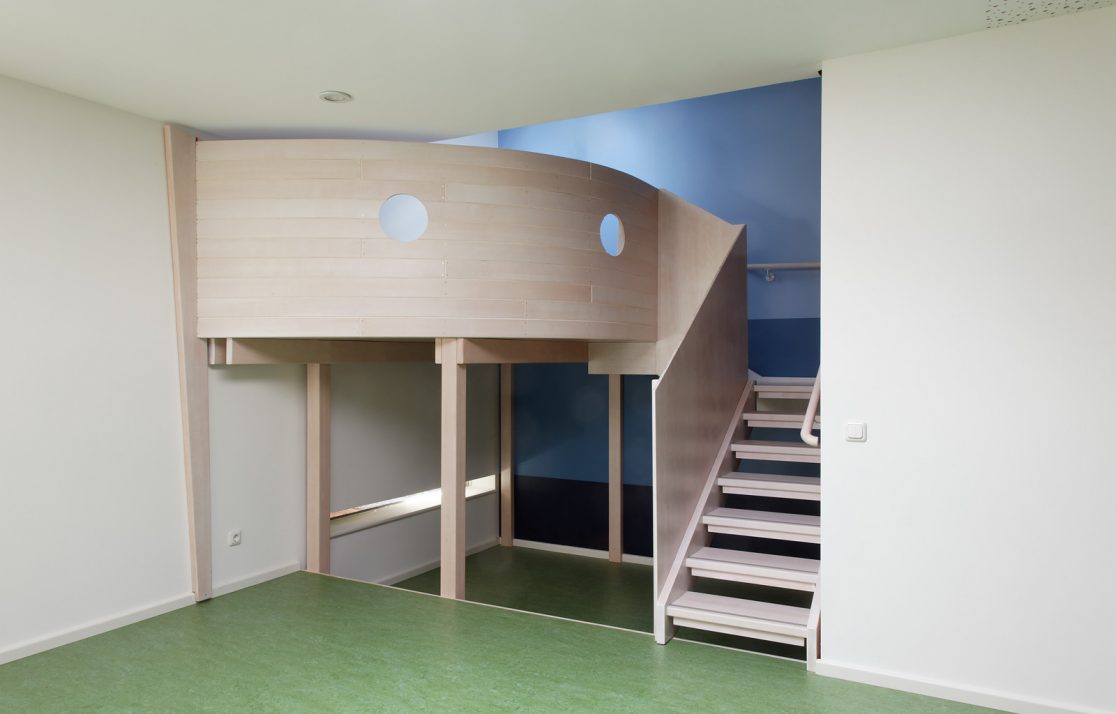 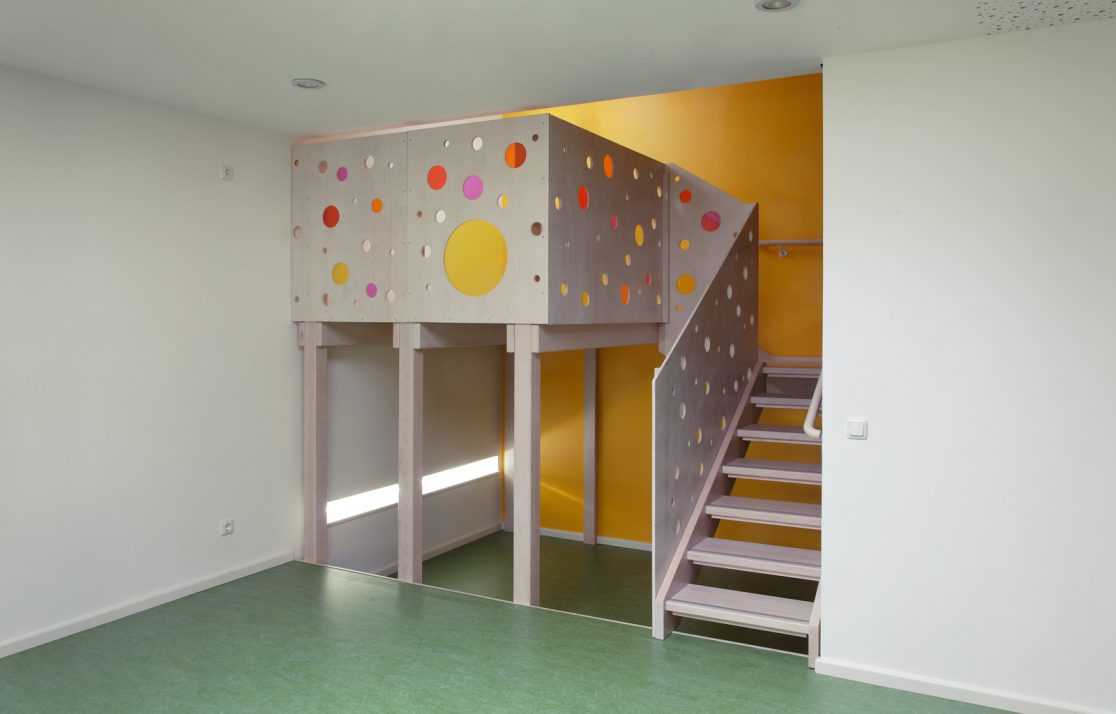 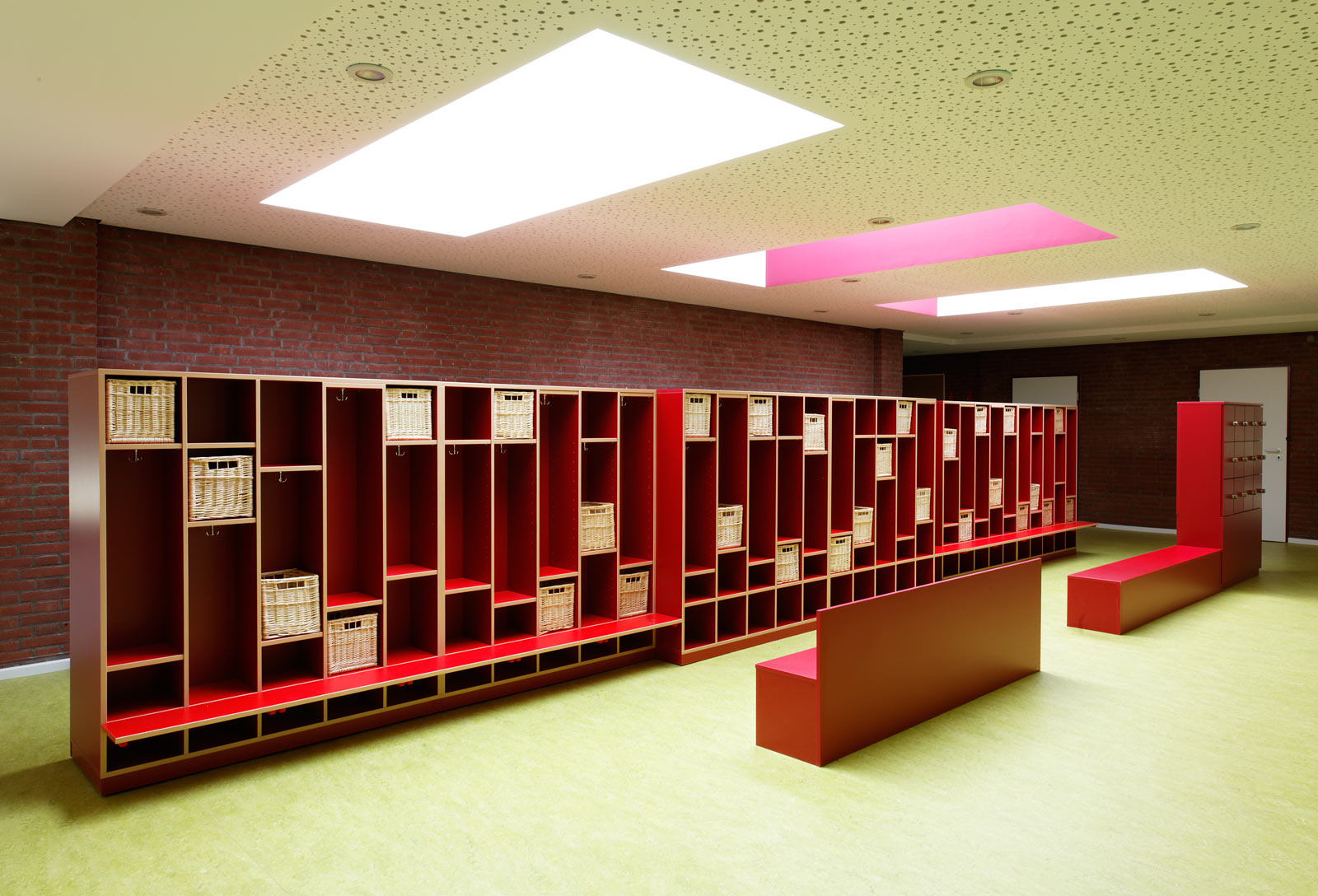 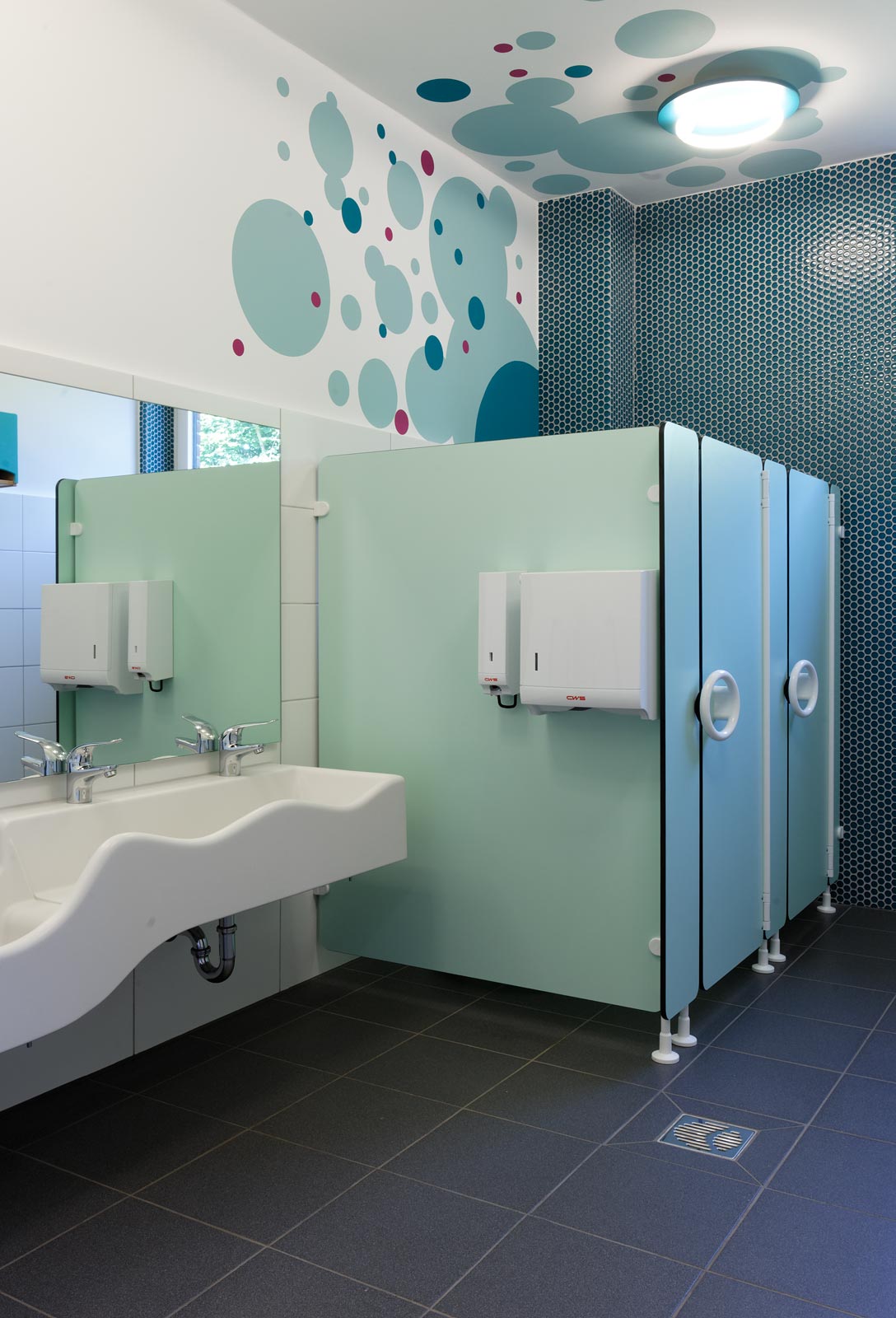